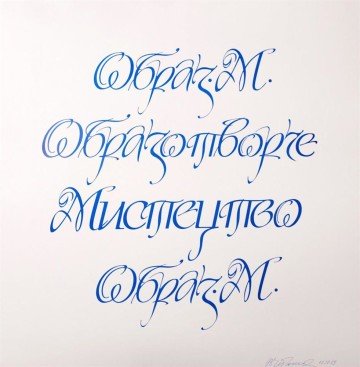 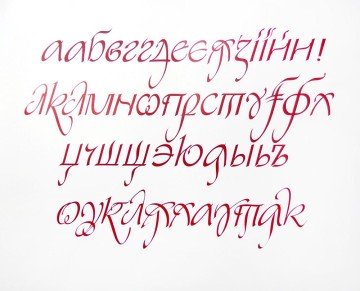 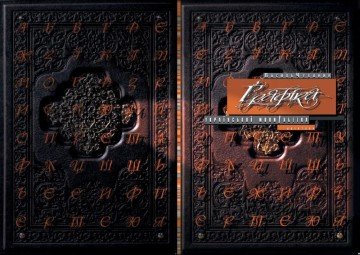 A cover for the solo exhibition catalogue

The “Graphics” logo executed in A4 paper, pencil, ink, pen, computer processing, printed against the background of the leather book-binding for the author’s handmade Psalter (2004). 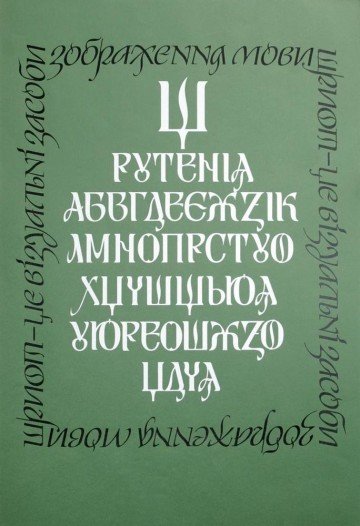 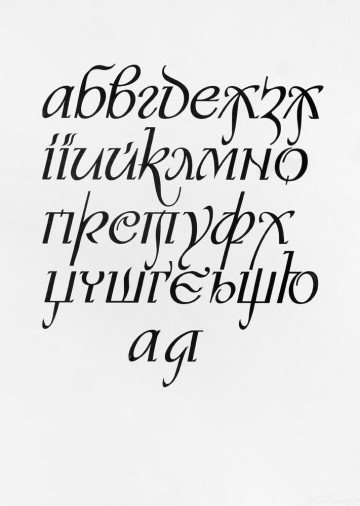 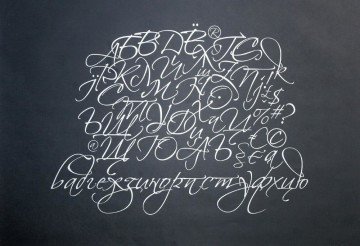 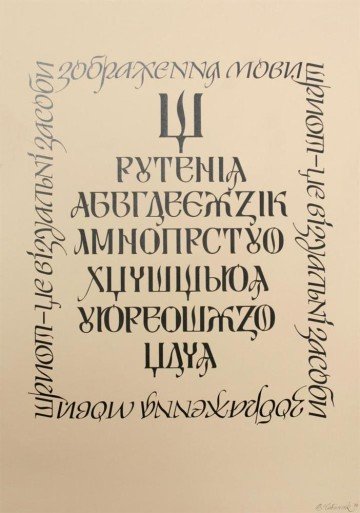 “Rutenia” Script sketch for "Graphics of the Ukrainian language" 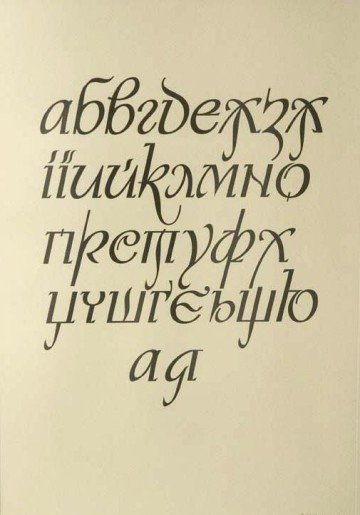 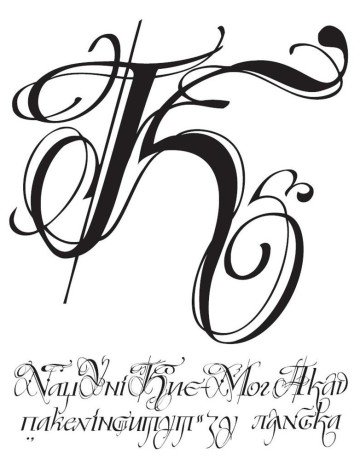 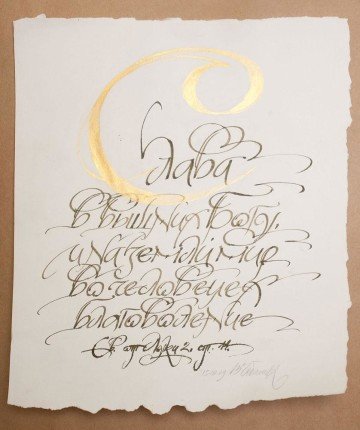 He was born in the village of Klishkovtsy, Khotyn Raion, Chernivtsi Oblast, Ukraine, on August 5th, 1933. He is a member of the National Union of Artists of Ukraine, professor of the National Academy of Visual Arts and Architecture, Head of the Training and Creative Workshop of Book Design and Introligation (a mixed binding and book design technique).

In 1963, he graduated from the Kyiv State Artistic Institute, Book Graphic Art Workshop. He studied under professors V. Kasiyan, I. Pleshchinsky, G.Yakutovich.
He has been working in the Academy of Visual Arts and Architecture since 1962 (his graduation year).

His creative work was certified by silver prize of the USSR Higher Academy of Art in 1964, by Ivan Fyodorov and Georgy Yakutovich diplomas. His achievements in corporate style and logos, praiseful books NaUKMA, diplomas, font for the National University of “Kyiv Mohyla Academy” brought him the St. Peter Mohyla Prize. Verkhovna Rada of Ukraine Presidium awarded him a Certificate of Honour for his handmade book unit, leather cover, and artistic design of the Constitution of Ukraine executed for Verkhovna Rada of Ukraine (Supreme Council of Ukraine).

During the last ten years he has been engaged in “cyrillization” of Ukrainian alphabet based on the fundamental Cyrillic alphabet. The project was on display at five exhibitions in Kyiv and Kharkov. The comments were broadcasted by the country’s prime TV channels, published in newspapers, posted on the Internet. Vasil displayed his calligraphic and book design works at republican art exhibitions. He took part in the International Symposium of Calligraphers in Tallinn in 1972.

Vasil Chebanik:
“I would like to emphasize the most important events in my life, namely, my contacts with colleagues professionally dealing with scripts: V. Khomenko, A. Ponomarenko, P. Chobitko, A. Chekal, A. Shevchenko etc. I was happy to get personally acquainted with Paul Lukhtein, Villu Toots, Albert Kapr. the question Albert Capr asked me in Leipzig in 1971 – “Why don’t you develop your own script?” - is still haunting me. So now my challenge is to make a script style, preserving the key elements of graphemes of the early Cyrillic alphabet and dressing it with the flexibility of modern graphics, avoiding confusion between letter “З” and digit “3”, letter “О” and digit “0”, letters “P” and “R”, “H” and “N”, “д” and “g”, “Я” and “R”.

I realize it’s a long way to go, but I believe it is within my power, the more so that these attempts were made during the 20th century by G. Narbut and V. Krichevsky. 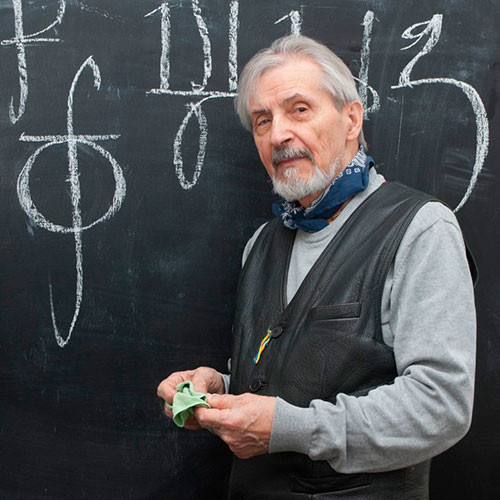