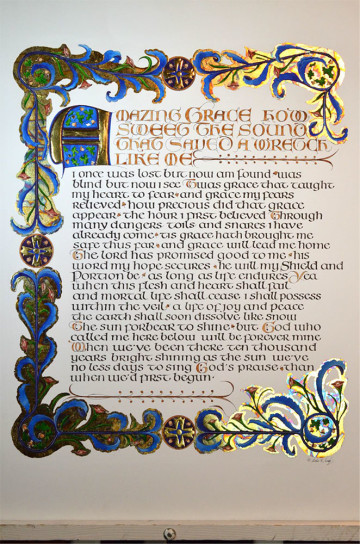 Оriginal art on Arches Hot Press Paper. The background was created with watercolors and a ruling pen. Italic and roman letters were written with white Gouache and a Mitchell nib.
87,1×112,9 cm. 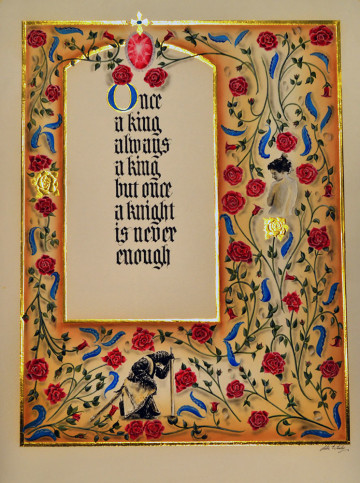 Оriginal Canson cold press paper. The lettering was done with a Mitchell nib and Sumi Ink. The border, cross and roses are 23k gilded and burnished gold leaf. The roses and floral was painted in acrylics. The upper gem was airbrushed with Dr.Martens Brilliant Hydrous Watercolor. The border background and shadows were also rendered with an airbrush and gouache. 45.72×50.8 cm

In 2009, he graduated from the Central University of Missouri and in 2013 received a master's degree in "Occupational Safety Management". He also has a Barchelor of Science degree in Graphic Arts Technology Management.

From 1989 to the present, Leslie Tardy is a regular participant in exhibitions and arts festivals, and regularly published in various. Over the shoulders of the master 35 years of calligraphic diligence, magnificent works, which are stored in private collections, museums and galleries in the US and abroad. 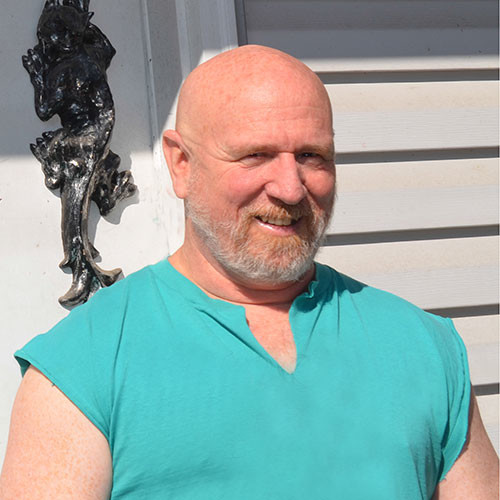