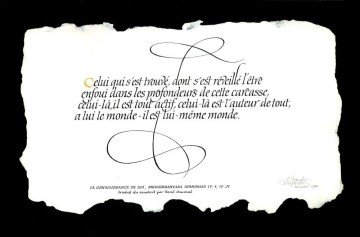 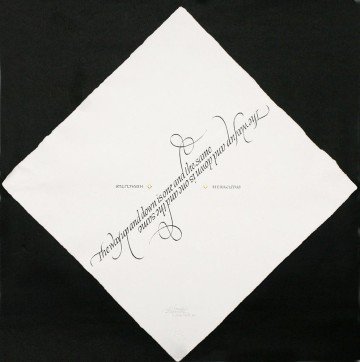 "I am a graphic designer".
"I was born in Avignon France".

"In 1961 I immigrated to South America and lived in Peru where I opened my own design Studio in Lima.
During next 25 years I designed logos, and engaged in publication design and book design, several of which received awards of excellence”.

"I taught the basics of graphic design at the Facultad de Artes Plasticas of the Universidad Catolica in Lima, Peru, and during my seven year tenure I was the director of the graphic design school".

"In the eighties I immigrated to the United States; after residing in New York and Miami for some time, I moved to the west coast".

“Since I arrived in San Francisco, I have taught calligraphy classes, lettering, and typography at the Academy of Art University”.

"I am practicing graphic design and calligraphy as an independent artist".

“At present I work in the USA and Peru. My work has been published internationally and is represented in private and public collections in Europe, the United States of America, South America, and Australia”. 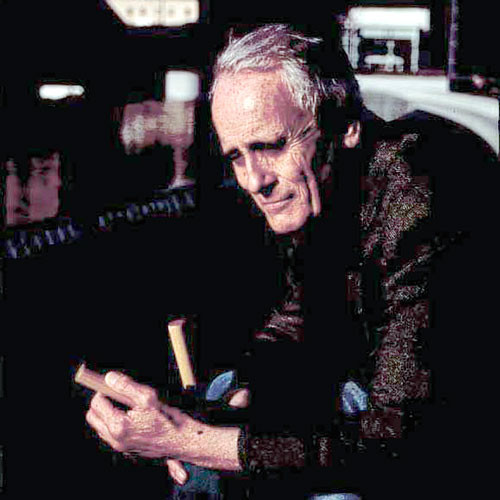