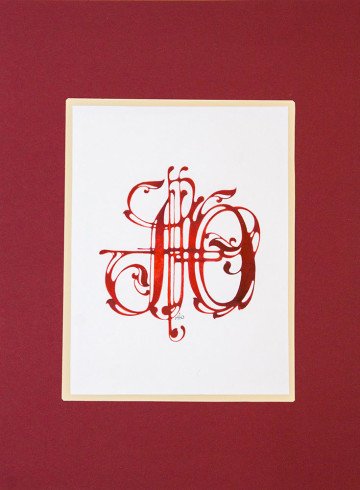 A and Ю Cypher 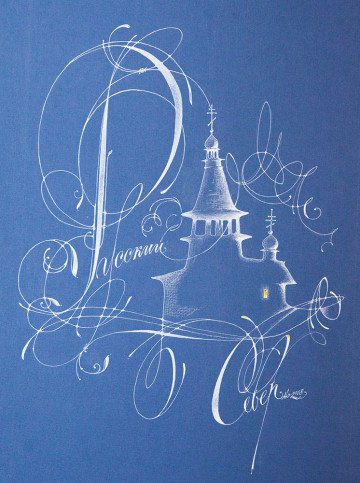 The Russian North. The Golden Cities of Russia series 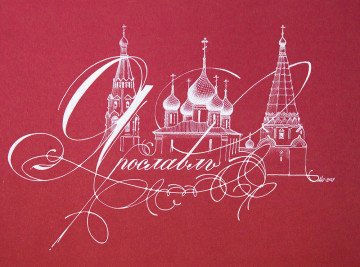 Yuri Arutsev was born on January 1, 1951, in Liepaja, as a new member of two ancient Caucasian families: the Arutsevs from Armenia and the Mepistsveridze from Georgia. Arutsev is a graphic artist, monogram calligrapher, writer and social activist.

Graduate of Smolensk State Medical Institute, Yuri Arutsev is a board certified medical professional. Between 1980 and 1996 he was undertaking medical practice along with working for Krylov Regional Children's Library in Yaroslavl as an artist.

He researches genealogy and authors the publication named “The Mysterious Ligature of Own Roots. The Red Book” of the Arutsevs. In 2001 he founded the Yaroslavl Historical and Genealogy Society. For over 15 years now, Arutsev has been chairman of the Genealogy section in the All-Russian contest of children research projects, The Motherland (Otechestvo).

In 2009 Yuri Arutsev founded an original school of calligraphy in Gymnasium No. 3, and together with L. Tretyakova and N. Golovleva developed a penmanship and calligraphy training methodology based on the extended education curriculum. He has been teaching this course in Yaroslavl Institute for Education Development since 2014, having today over 40 students graduated as extended education trainers.

Arutsev organized a number of major exhibitions of writing art, including “The Art of Monogram” (Yaroslavl State Historical, Architectural and Art Museum Reserve), “The Birth of Spring”, “The State of Mind”, and “The Sails of Our Childhood” (The House of Educators), “Russian Calligraphy and Vyaz” (Gymnasium No. 3), “Venzelyok” (Yaroslavl Historical Museum), “The Triumph of Russian Calligraphy – 2017” (Nuzhin City Exhibition Hall). In September 2017, he exhibited at the 6th International Exhibition of Calligraphy.

Arutsev produced over 1500 monograms and logos for various companies, entities and individuals, both in Russia and abroad, including the first world spacewoman Valentina Tereshkova, patron and benefactor Gamlet Mirzoyan, Yaroslavl State Medical Academy, the State Archive of Yaroslavl Region, and many more.

Over the past few years he created and registered a selection of original scripts: Maro (based on the Georgian alphabet), Vano, Starokabatsky (the one used on the same name beer logo), Nizami Gyandzhevi (based on the Arabic writing), Yaroslavl Vyaz etc. His script Alexander Sergeevich Pushkin decorates the facade of Pushkin State Russian Language Institute in Moscow.

Arutsev's endeavours have been covered in numerous movies shown on central TV channels. He also owns 18 original certificates in medicine, fine arts, and health and safety.

In 2006 the All-Russian non-governmental organization “SOYUZ-Chernobyl Rossii” awarded Arutsev with the 20th Chernobyl accident anniversary memorial sign for commitment to the duty of care and support provided to the handicapped liquidators of Chernobyl, and their families. The All-Russian Genealogy Federation awarded him the medal For Humanism and Service to Russia, the 100th Anniversary of M. Sholokhov's Birthday (2007), first and second class medals For Contribution to Genealogy and Other Historical Disciplines (2009, 2010), and the medal of St. Anna's Order (2011).

Arutsev also holds the Diploma of the Ministry of Education and Science of the Russian Federation, the Cross for Commemoration of the 1812 Patriotic War (2013), and the medal of 400 Years of the House of Romanovs (2014). 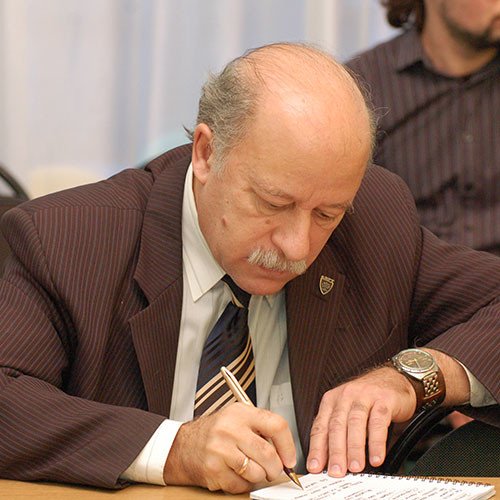