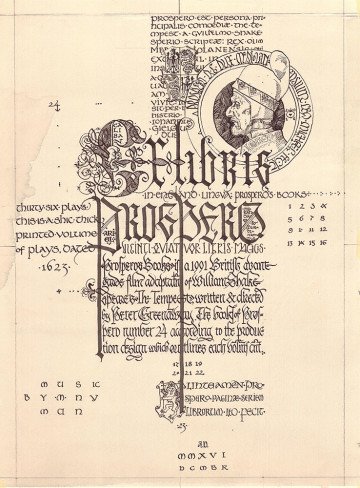 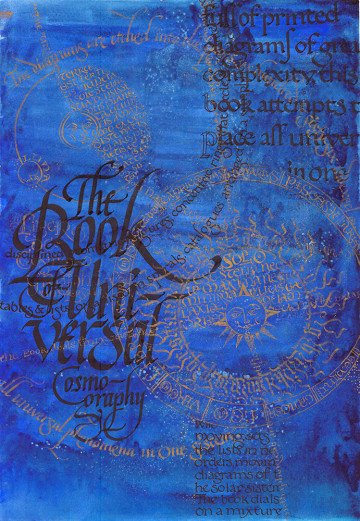 The Book of Universal Cosmography. The third page from the “Prospero’s Books” series Lev Liberman was born in 1976 in Chelyabinsk. He graduated from Chelyabinsk Art School and Stieglitz Academy in Saint Petersburg, specializing in graphic design. Between 2009 and 2016 he was holding the position of senior trainer in the South Ural State University, being in charge of design disciplines, the history of art, drawing and painting. He took part in local and regional exhibitions of the Union of Artists of Russia, and exhibited in the Calligraphy of the Twelve in 2016 and 2017. Liberman also founded the first school of calligraphy in the Urals.

Since 2016 Lev Liberman has been a resident of Ekaterinburg. 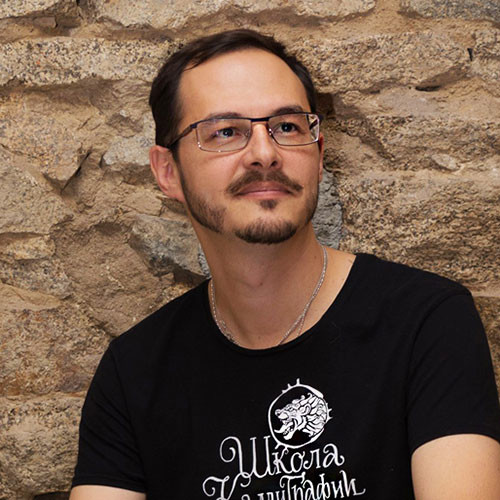