Grigory Martynenko graduated from Nizhny Tagil Social and Pedagogical Academy in 2004, specializing in art and graphics, and currently works as a graphic designer.

In 2012 he took part in summer intensive course of the British Higher School of Art and Design, and a year later launched his own workshops and a course named The Basics of Contemporary Calligraphy in Matyazh Art House studio. Since 2016 Martynenko has been employed by Sima-Land.

Grigory won the contest to develop a bike show logo for Chernye Nozhi motorcycle club, and also holds numerous local and federal awards and diplomas for the books published by Henry Pushel. 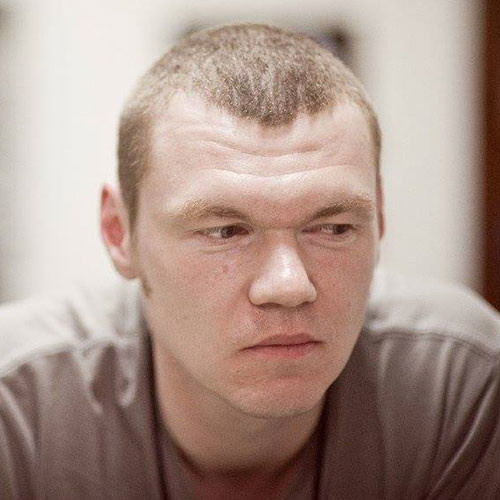