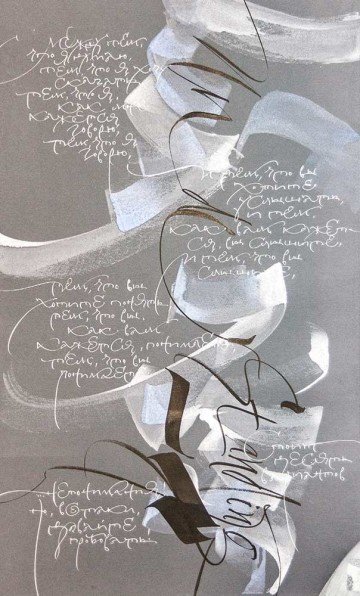 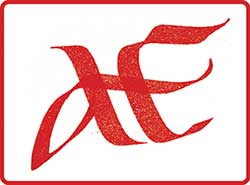 Elena Alexeeva was born in 1976 in Bryansk, and currently resides in Nizhny Novgorod. She graduated from the department of architecture in Nizhny Novgorod State University of Architecture and Civil Engineering, and then worked as an in-house designer in an advertisement agency, followed by the position of art director. In 2010 she started to learn calligraphy independently, attended the courses in Petr Chobitko's From A to Z studio, Denis Braun's workshop and Svetlana Gorodnichenko's crash course. Four years later she opened the first school of calligraphy in Nizhny Novgorod. Her visual identity and writing style ranked first in the Top 100 of Russian Design twice. She participated in numerous graphic design and typography exhibitions, and won the international contest Contemporary Cyrillic 2014. 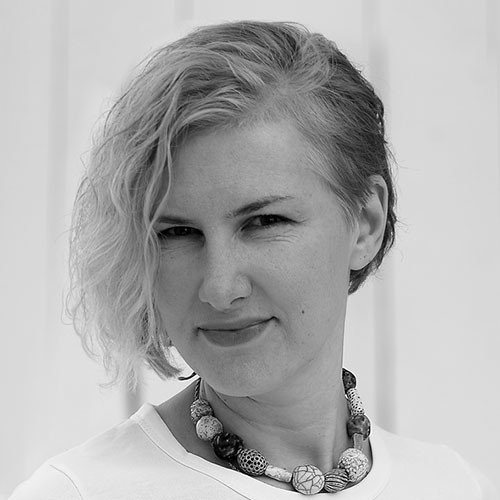