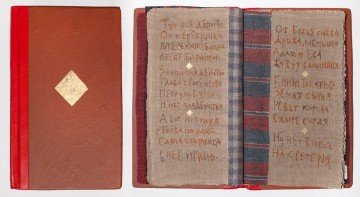 The Haze, a poem by Leonid Safronov, a handwritten book 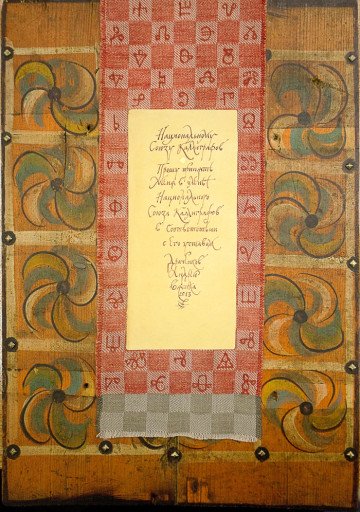 Andrei was Born in 1967 in the city of Kirov. His father served as an engineer in an aviation regiment and died in the line of duty. He was Raised by his mother who was a local physician. The love for drawing came to him at a very early age; he went to an art school in Kirov. In 1983 he entered the Kirov College of Arts, studied under the painter Pyotr Vershigorov. He Worked as an art teacher at school № 48, and after serving in the military taught at an art school. In 1990 Andrei entered the Department of Arts at the Moscow Printing Institute And Started studying under Andrei Vasnetsov. He then Continued in a class of Eleonora Zharenova. In his senior years he took an interest in type and photography. He was Trained in the art of calligraphy and printing type under Georgy Kozubov. His graduation paper on the research in handwritings of Ostromir Gospels received the El Lissitzky Award. During the final years at the Institute Drachenkov started to work with publishing companies as a book designer, that is his present occupation. On coming back to Vyatka he resumed his work as a professional photographer and Joined the Russian Union of Art Photographers. In 2000-2001 received grants from the Ministry of Culture for his photography works. He has taken part in international exhibitions, Worked at Vyatka orthodox college which had a great influence on his artistic vision. Up to now, holds a manuscript book class at the college. Together with his wife Olga, also a teacher at the college, Andrei raises a son and daughter. He is a long-term contributor to the Vyatka-based Bukvitsa publishers, regional Herzen Library, and Mir regional natural history club. The book Velikoretsky icon of St. Nicholas was given A Book of the Year award in Vyatka in 2008, аs well as a 3rd Degree Diploma of Moscow Patriarchate as the best illustrated edition. He has done icon-painting since 2000. His study of old icons led Drachenkov to search for a special means of communication in modern art. His last works reflect his love for calligraphy and book publishing. An exhibition of his works titled “Word and Image. In search of the whole” took place in the regional library in 2011. In 2012 he organized the VYATKA Has Come project. The works presented at the exhibition reflect his thoughts on the unique nature of Slavic written culture. 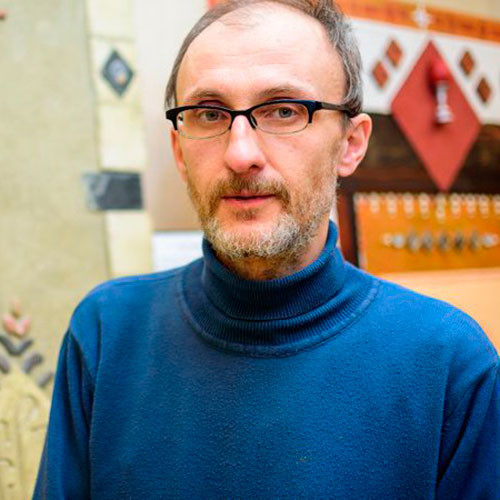