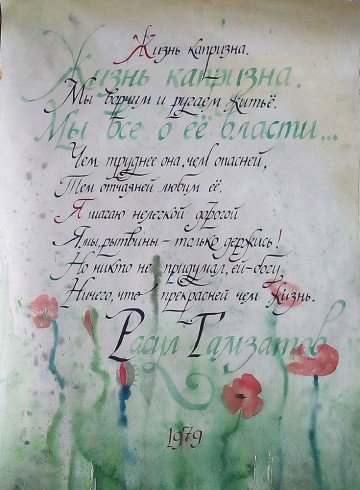 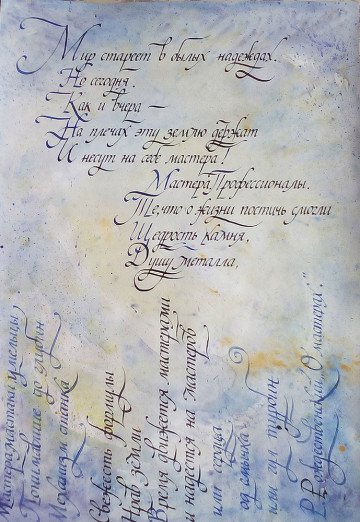 “About the Masters” diptych. Left part 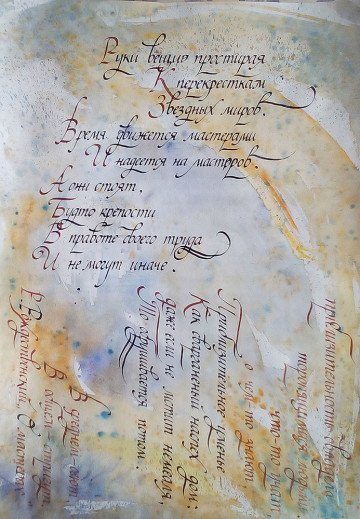 “About the Masters” diptych.Right part 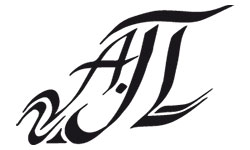 Since 2009 – teacher in a children painting studio at Fontanka 32 Youth Club, Saint Petersburg

Since 2013 – member of the Union of Artists of Russia

Since 2013 – senior teacher in Stieglitz Academy

Since 2005 Pilyugina has been actively taking part in various Russian and international exhibitions.

– “A4’2016” international contest exhibition for young artists in Tyumen, exhibition halls of the Institute of Psychology and Pedagogics in Tyumen State University.

2015 – the international contest of artistic works to celebrate the 70th anniversary of the Great Patriotic War Victory, Herzen University

Anastasia’s works can be found in the Museum of Calligraphy (Moscow), the foundation of D. Rovinsky House of Graphics (Moscow), Mashkov Museum of Fine Arts in Volgograd, Vologda Regional Art Gallery, and in various museums across Russia, Belorussia, and China. 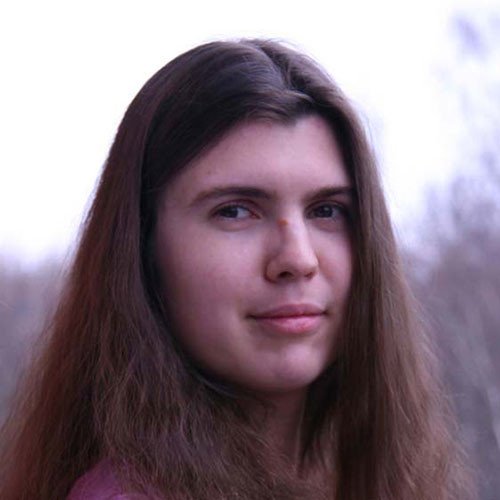