A letter of thanks. Diploma 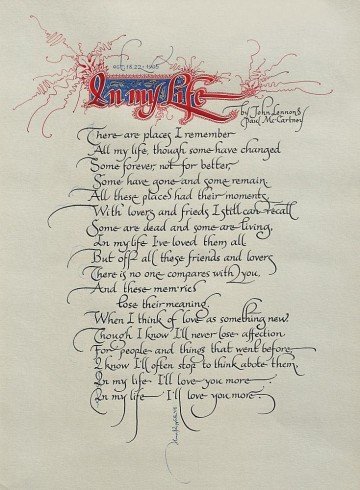 Handwritten songbook. Page “In my life” 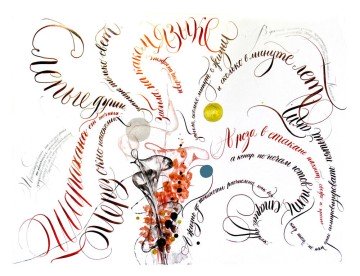 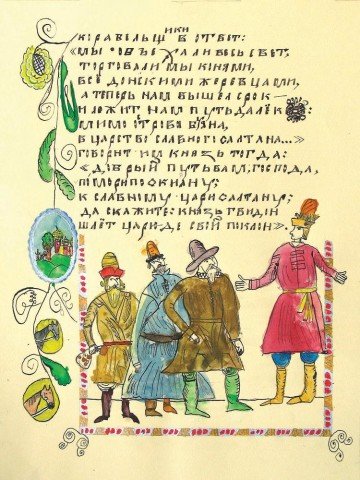 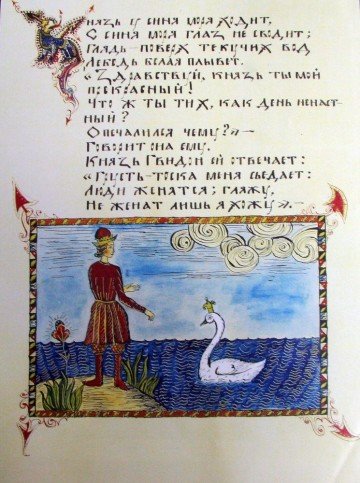 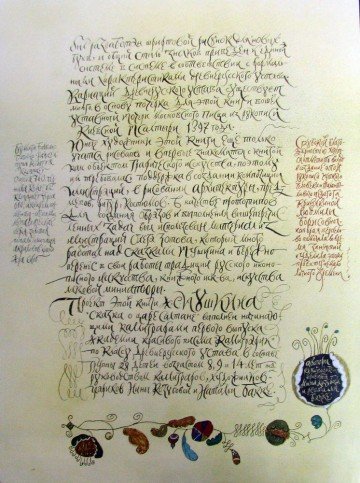 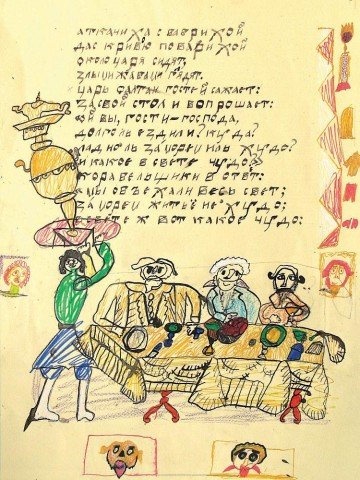 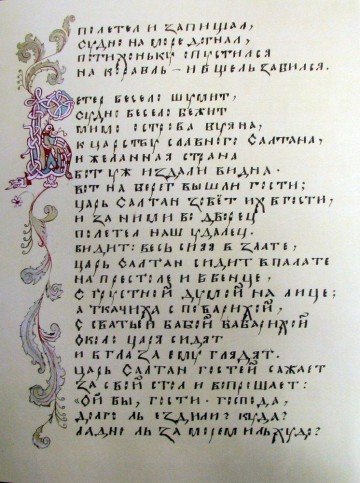 Nina Kozubova is a twin sister of one more project participant, Natalya Bakke; they make all their artworks together.

1998 — drawing class by Nikolai Safronov.
2000 — graduated from the Moscow State University of Printing Arts, the Faculty for Graphical Arts. Nina lives in Moscow, and Natalia lives in the USA.

In collaboration with this school, they established the KALLIGRAPHIK Academy of Beautiful Handwriting in Moscow, 2009, conducting workshops for children and adults. As of today, their pupils have created over 500 works on various subjects, including unique manuscripts of A. Pushkin’s fairy tales (The Tale of Tsar Saltan, The Tale of the Fisherman and the Fish).

Seventeen of the Academy’s alumni won highest prizes at the calligraphy contest within the framework of the Orthodox Russia All-Russian Children’s and Young People’s Creativity Festival.

Today the KALLIGRAPHIK Academy of Beautiful Handwriting is attended by 72 pupils, 12 of which are already in their fourth year. 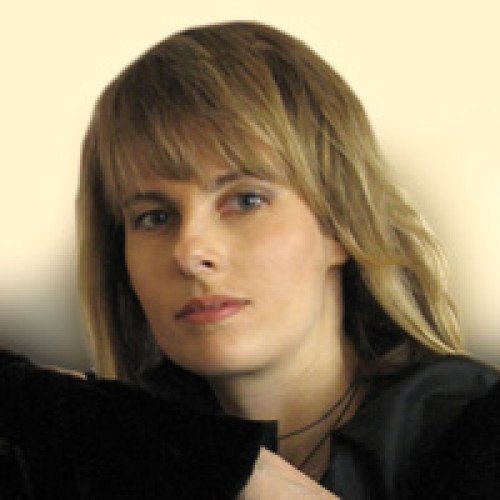