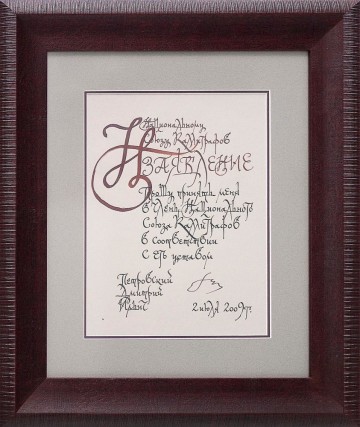 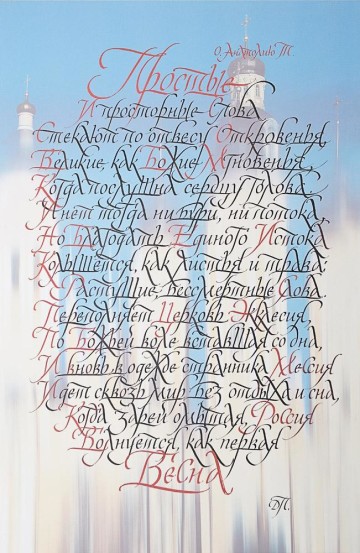 Dedication to the Spiritual Father 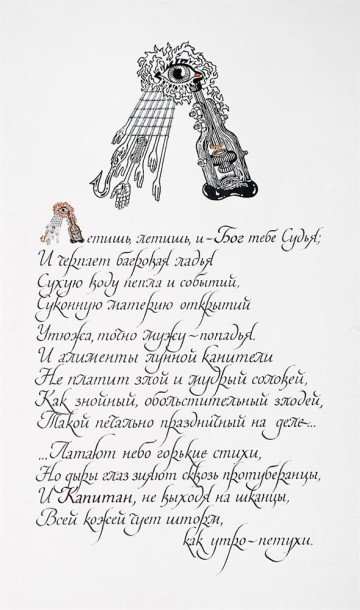 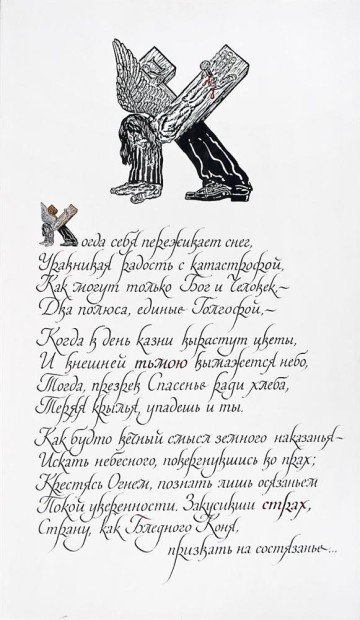 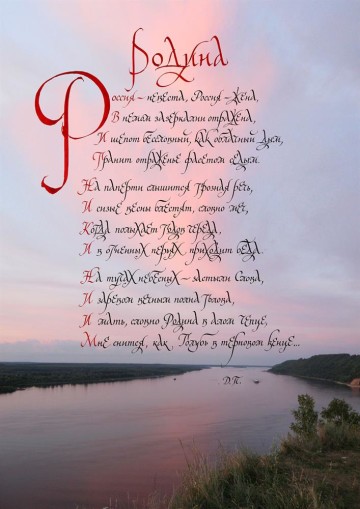 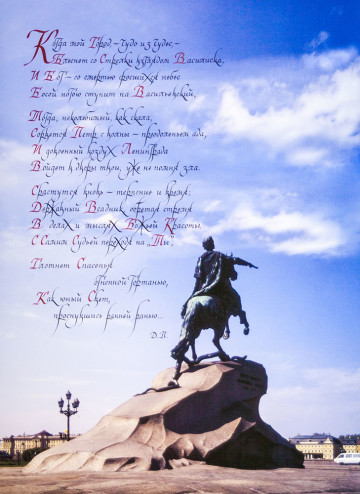 Matte paper 230g, Brauze broad nibs, Vinsor & Newton black ink, Koh-i-noor red ink. My own poem in an original version of the Renaissance italic (Cancellaresca) with elements of the Russian cursive, based on the original coloured image, 500 x 700 mm, 2017.

Having finished secondary school in 1967, he worked in the architectural workshops of OJSC LenNIIProekt and the Local Industry Department of the Leningrad Municipal Executive Committee where he acquired his first skills in artistic design, evolving into a professional graphic designer. At that time he learned about the works of Villu Toots and the Baltic school as well as studied manuals on broad-nib pen calligraphy.

As a student he took part in three creative contests.

In 1977/78, he worked as an artist/architect in the gas and light advertising workshop, OJSC LenNIIProekt

In 1978/79, he was an artist/ industrial graphic artist at the Leningrad-based Rostorgreklama LTD.

Since 1980, he has actively cooperated with publishing houses such as Avrora, RSFSR Artist, Vneshtorgizdat, RSFSR Artist artistic facility, as well as with other clients as a designer artist of graphic editions. In 1984/89, together with V.M. Baranovsky and independently, he made a series of advertising posters for Lenkontsert.

In 1980/1990, he taught font art and calligraphy at Leningrad High School of Art and Industry.

In the 1990’s, he cooperated with Tsentr TEKHNOPOST and performed work under the Federal Post order. He developed the draft emblem and logo for the Russian Post (1994/1996).

Since 1999, he has taught font and calligraphy art at Northwestern Print College, Font and Calligraphy Course at St. Petersburg State University, College of Arts under the Faculty of Philology, and the College of Decorative and Applied Art.

Since 1994, apart from graphic design, he has actively worked as a professional photographer. His work was published in Natali magazine and newspaper, in magazines such as Women’s Petersburg, Business International, Healing Forces, Petersburg Panorama, Magic Tour, Russia & World, Interbusiness, and was used as illustration in numerous prospectuses and calendars and also displayed at numerous exhibitions.

He has taken part in exhibitions since 1975. He took part in a total of 46 group and solo exhibitions.
He is member of the Union of Artists of St. Petersburg and the Union of Designers of Russia. 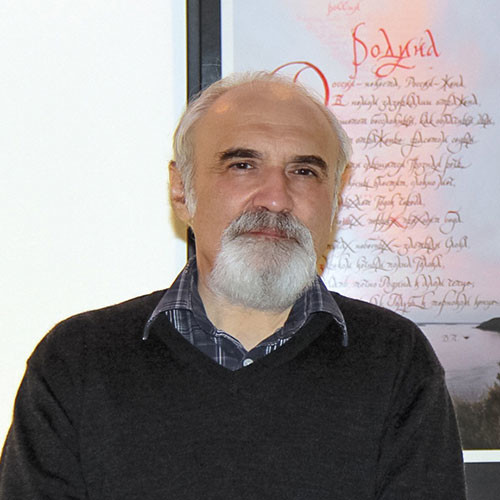