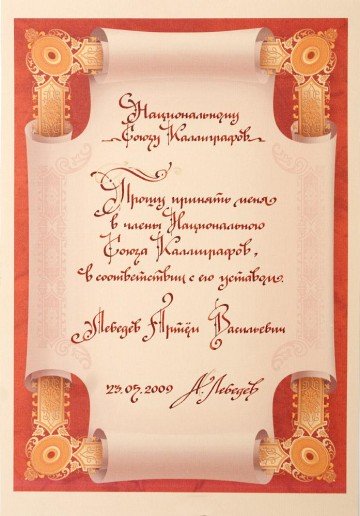 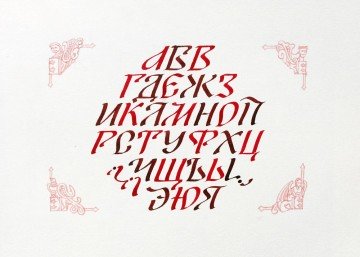 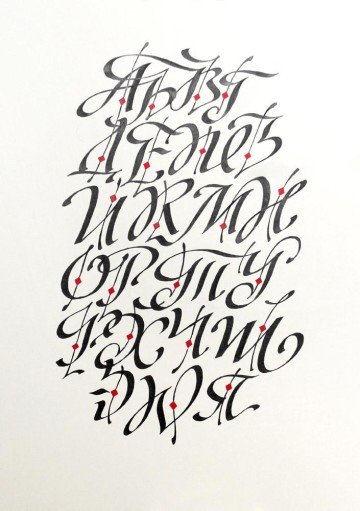 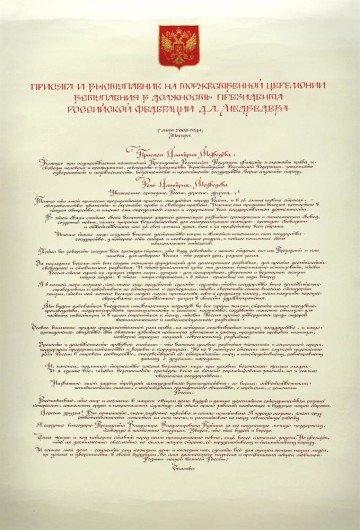 Inauguration Speech and Oath of the President of the Russian Federation D. A. Medvedev 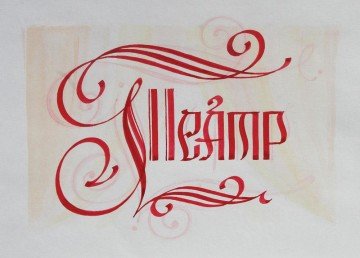 Sketch for a playbill of the Samara Opera and Ballet Theatre 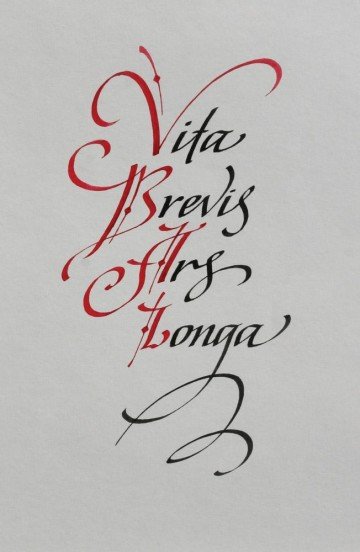 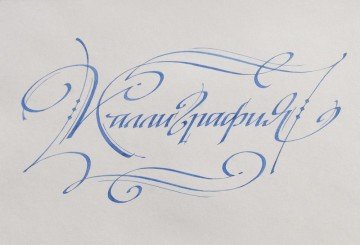 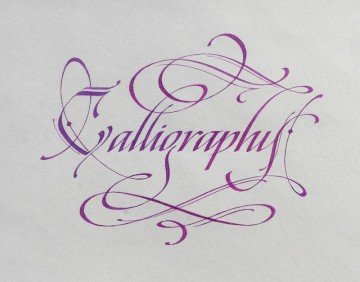 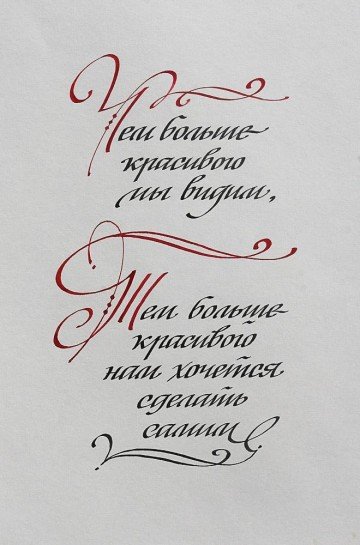 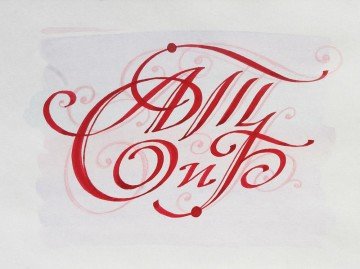 Monogram for the Samara Opera and Ballet Theatre 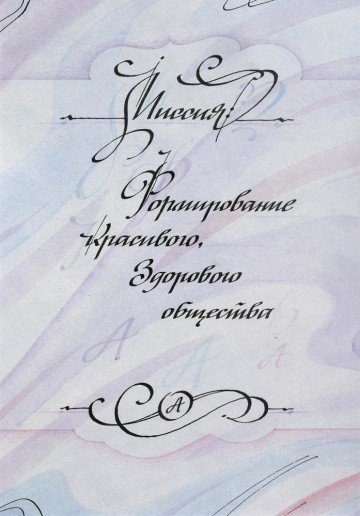 Mission of the International Exhibition of Calligraphy 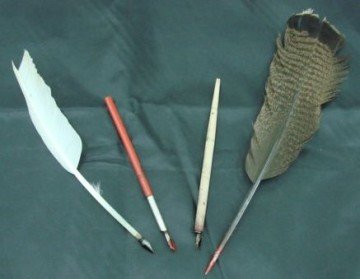 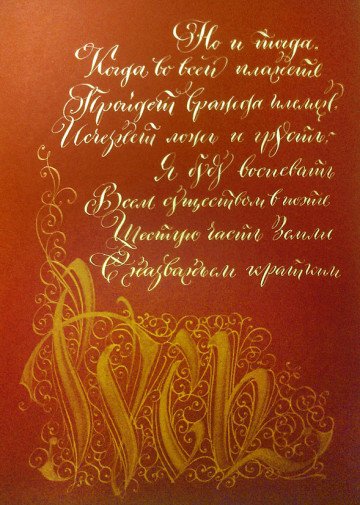 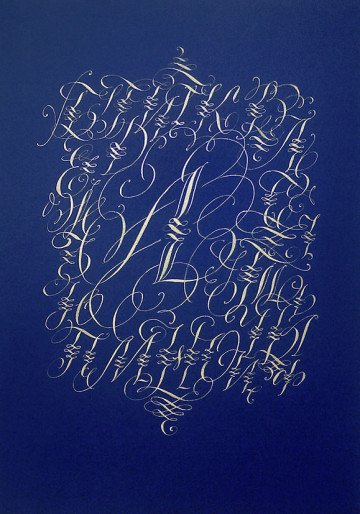 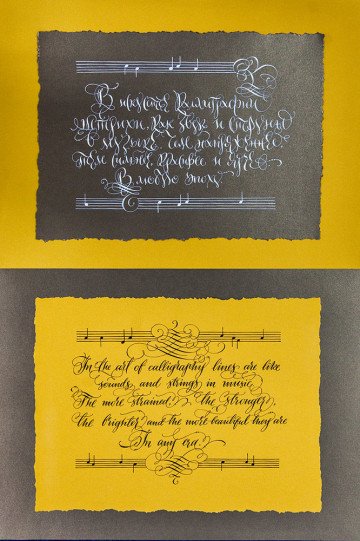 Strokes of the Epoch (diptych)

Artyom Lebedev is a calligrapher and a type designer.

In May 2008, he took part in organizing the International Calligraphy Exhibition, a project by MEC Sokolniki.

Since 2005, he has been an independent artist. He cooperates with many Moscow-based publishing houses.

From October 2003 to August 2005, he worked as leading designer in Grand Card, a company dealing in greeting cards, postcards, invitations, and diplomas.

Being a master of script design, he creates ornamented inscriptions for festive postcards and advertising brochures (not digitally generated but drawn by hand).

In 2003, he graduated from the Samara National Academy of Culture and Arts.

In 2002 he was the leading designer for the Duglins creative workshop. He participated in the development of corporate style, logos, image advertising, letterheads, booklets and other printed products.

In 1999, he was the leading designer for Prospect, a full-cycle advertising agency (Samara). He took part in elaborating an advertising campaign for Pino and Golden Garden nuts (Moscow). The project was successfully implemented in Summer 2002.

In 1994, he graduated from the Samara Artistic School, majoring in art design, and entered the Samara National Academic Theater of Opera and Ballet as artist/editor in advertising (1994-2003).

He combined work in the theater with work in advertising agencies.

Since 1993, he has been an outdoor advertising designer with Ad Mart advertising agency (Samara). He developed the project for the first promo campaign for Coca Cola in Samara. The project won the contract and was implemented by the agency. 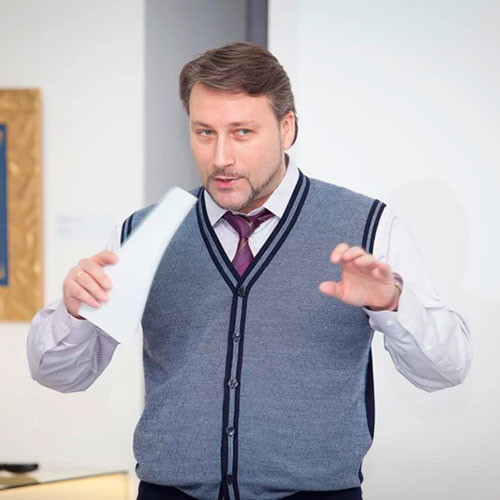