A part of the Exquisite Guide Box 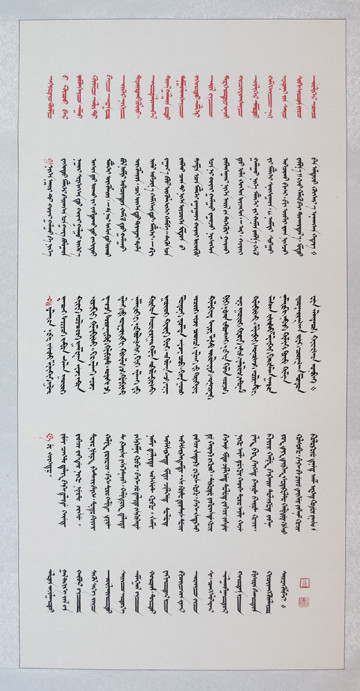 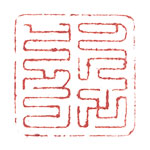 Born in 1974 in the northern khoshun of Urad, Bayannuur, Inner Mongolia, China. Since his childhood years, Tsengelbayar has been showing interest to Mongolian calligraphy, writing with brushes and bamboo sticks.

In 1998 he graduated from the Institute of Fine Arts at the University of North-Western Nationalities of China, specializing in painting.

In 1996 Tsengelbayar won the 3rd prize in his first exhibition of calligraphy for small-numbered peoples in Gansu, China.

In 2001 he was awarded the 3rd prize at the exhibition of calligraphy in Bayannuur aimak in China.

- Bichig Soyol-2015 exhibition in 2015, held under the auspices of the President of Mongolia.

- In 2016 the Association of Mongolian Calligraphers of the Inner Mongolia, China, awarded him the Uran Biir (“Fine Brush”) Star for promoting the culture of calligraphy.

- In the same year he held a personal exhibition in Ulan-Ude, Buryatia, Russia. 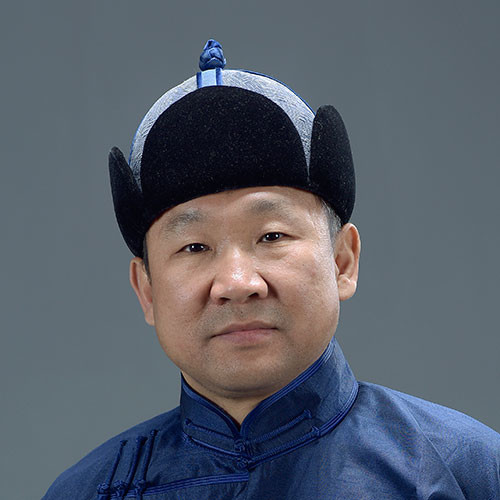