Born in 1980 in Almaty. Between 2005 and 2015 Tarkhanov occupied positions in advertisement agencies. Since 2013 he has been professionally engaged in historical calligraphy, however his first trial attempts date back to 2000. Currently he works in the Italian medieval style, writing and embossing with goose quill. He also wields the skills of Sogdian, Old Turkic and Manichaean writing, and produces paintings inspired by Manichaean manuscripts. 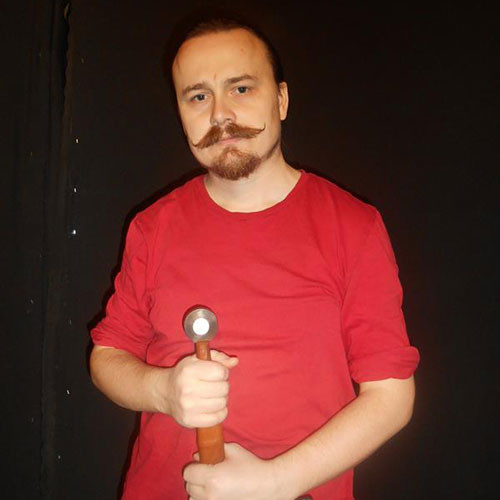