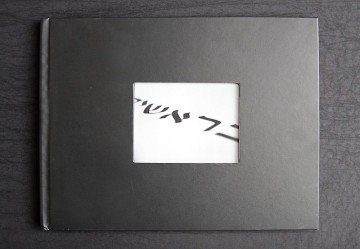 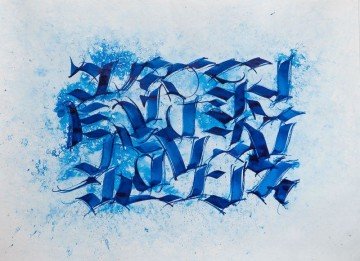 Michel D’Anastasio was born 19.01.1968, in France. He is a left-handed calligrapher, painter and graphic designer.

His work bears the harmony of the Hebrew and Roman letters, abstract signs.

Approach to the creation of Hebrew calligraphy

Michel’s trip to Malta shortly after the country of his ancestors celebrated joining the European Union proved to be very beneficial. During his genealogical research he discovered that part of his family was of Jewish origin. Thus Michel travelled on to Israel. He was overwhelmed by local culture, especially by Hebrew script. Back in Paris, he spent hours and then weeks studying Judaic calligraphy. Working with these letters brought immense satisfaction to him, every time he set down to work, Michel was swept with an inexplicable feeling of joy. A new world of forms and signs now opened its gates to him.

Michel found out that slanting type letters allow much more freedom and a contemporary feel; it seems they are full of life. Original admiration naturally evolved into a clear and obvious desire to improve and modernize the mastery of Hebrew alphabet design. In the same way Michel had modernized the Roman alphabet.

Today Michel continues to study the Hebrew language to hold a firmer grasp on all those signs and letters that come from under his quill so easily.

As a visual communication agency director, Michel designs: corporate logos, graphic images, billboards, and decorative lights, with the help of the art of calligraphy. 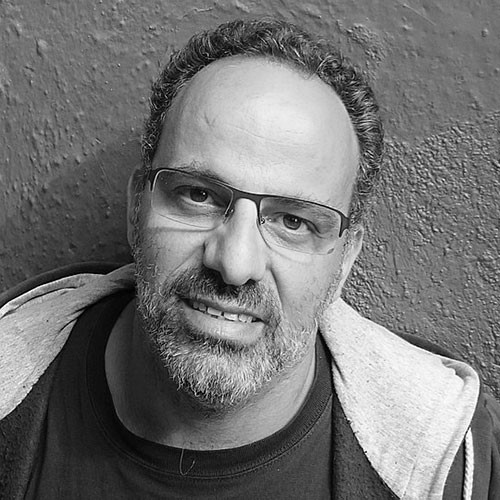