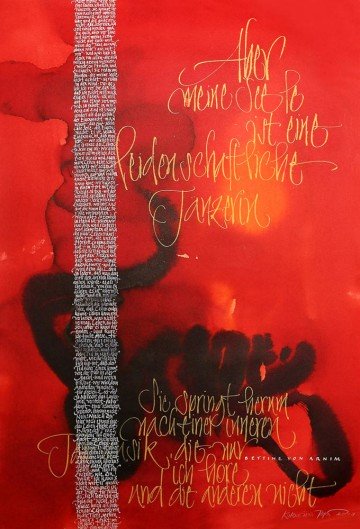 But my soul is a passionate dancer 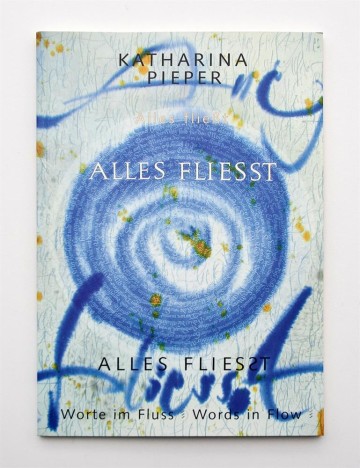 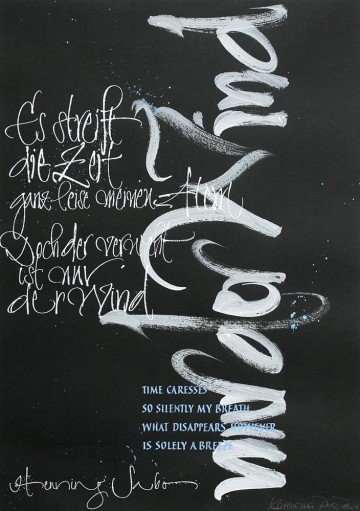 Time caresses so silently my breath... 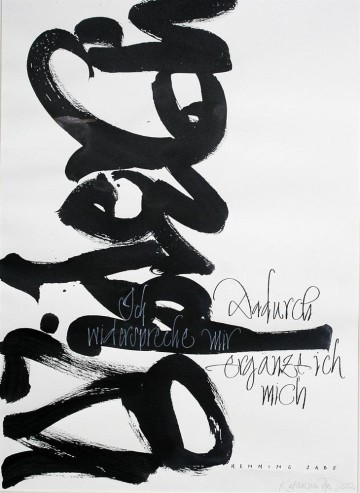 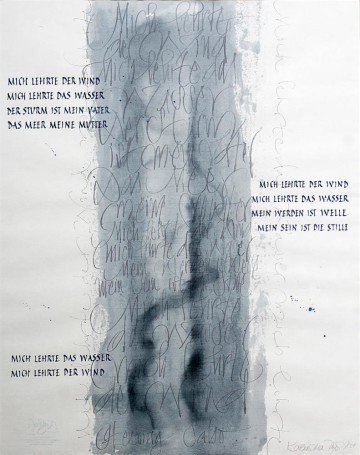 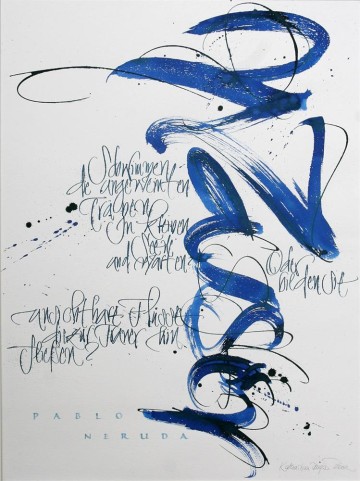 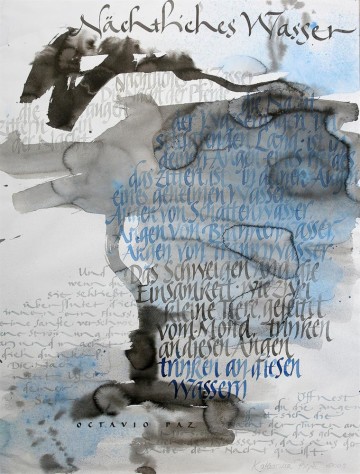 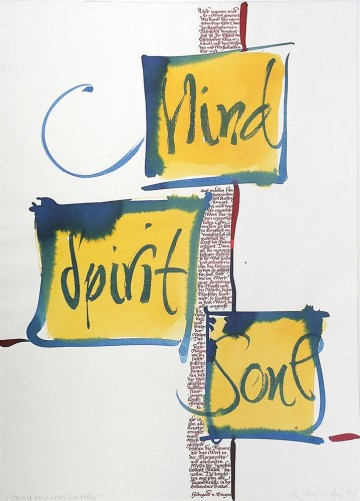 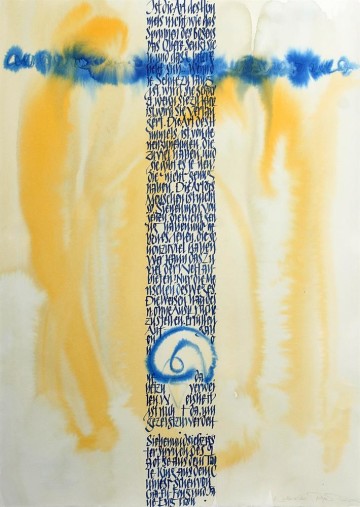 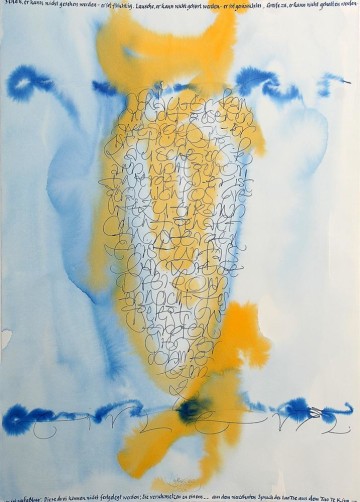 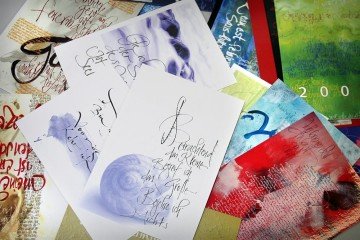 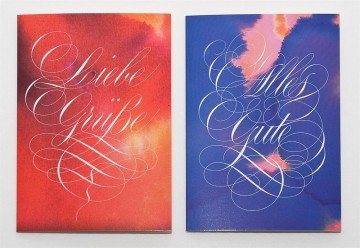 Set of 20 postcards and 20 envelopes 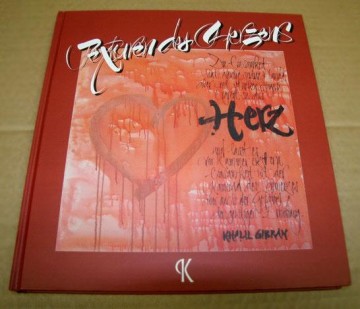 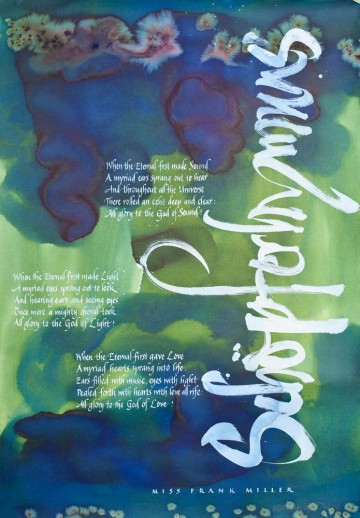 Schöpfer Hymnus. A hymn to Creation, the God of Reason and Love. Text by Frank Miller. 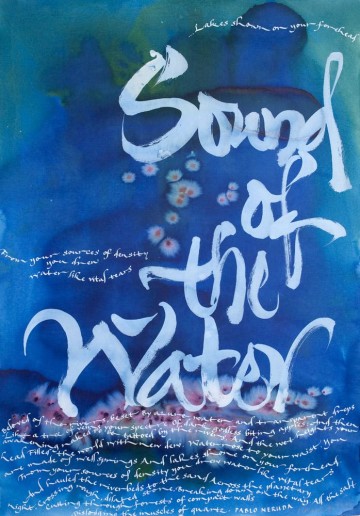 Sound of the Water. Song to praise water. Text by Pablo Neruda. 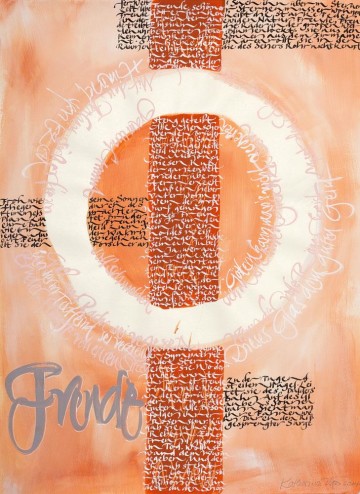 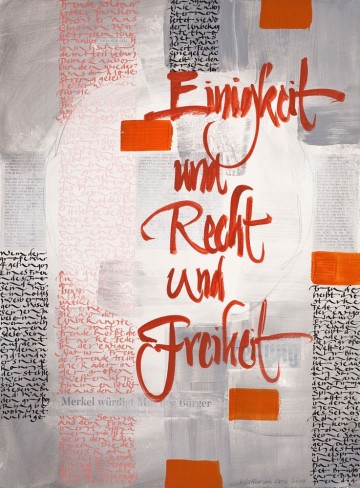 Unity and power and freedom

Katharina Pieper was born in 1962. She studied at the University of Applied Arts (Wiesbaden), Department of Communicative Design, where she mastered all of the principal artistic methods – drawing, painting, printing art, calligraphy, photography, different types of printing methods etc. In 1987, she earned the Professor Werner Schneider diploma. Then she attended numerous classes in font design and calligraphy, including Japanese, Chinese and Korean calligraphy.

Since 1991, Katharina has regularly held classes and courses in calligraphy in Germany, France, Belgium, the Netherlands, Iceland, the United States of America, the UK, Switzerland, South Africa, Italy and Finland.

In 1998, she won the calligraphy contest in Westerlo (Belgium), and since 2000, she has been a member of the jury of this contest.

Since 1987, Katharina has regularly displayed her calligraphic work at world renowned exhibitions; her works have been published in different books and magazines (Germany, Belgium, France, the Netherlands, Switzerland, Austria, England, Italy, Iceland, the USA, Finland, Lithuania, and Poland).

Numerous artistic collections, collections of calligraphic work, and calendars from Katharina Pieper are presented in public and private collections, including Klingschpor Museum in Offenbach, Library of Lower Saxonia in Hannover, Library of Bruges (Belgium), Public Library in San Francisco, as well as the German Museum of Book and Writing in Leipzig.

In 1997/2003, she held the position of President, International Society of Literature and Calligraphy, and was responsible for the design and publication of the Ars Scribendi magazine.

In 1991, her book Schrift Schreiben was published. Since 1989, she has worked for different technical publications in Germany, the UK, Belgium, Austria, and Switzerland.

In 1998, Katharina founded her own publishing house to publish her own calendars, books, and postcards. 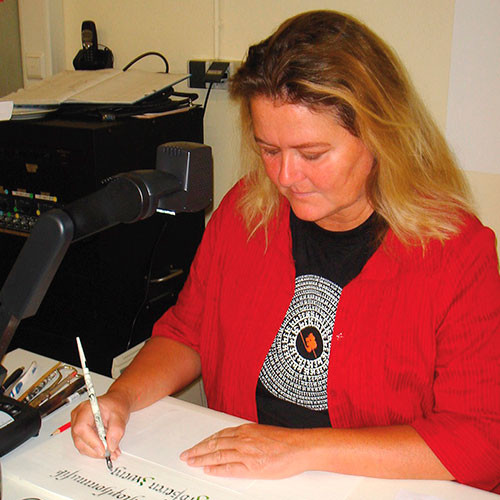