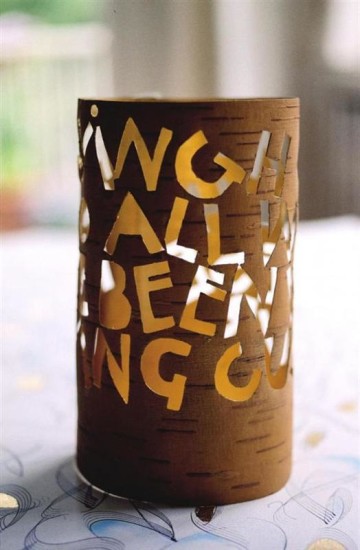 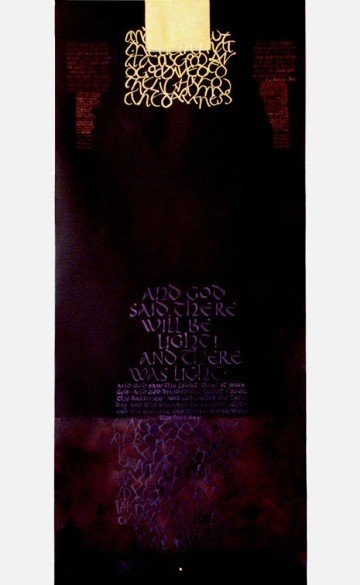 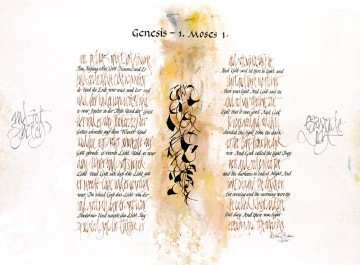 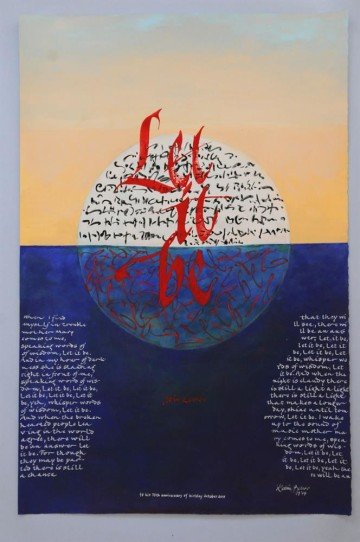 "I grew up and lived in various southern German towns as well as in Bagdad".

"In 1994, after years of working in a transnational company, I decided to completely change my life, to take up western art of lettering study".

“Living in Iraq helped me to get to know the beautiful art of the letter and start my own career in calligraphy. I studied book design and calligraphy under Professor Andersch’s guidance at Hamburg University of Applied Arts, Art and Design Department”.

“In 1997 I opened my own calligraphy studio, worked as a freelance calligrapher and artist. I also frequented professional calligraphers’, photographers’, artists’ master-classes”.

"In 2003 I participated in a master-class at the International Calligraphy Symposium in Sunderland Art School, UK”.

“In 2003-2008 I was the first woman to preside over the International Calligraphy Association Ars Scribendi”.

The first exhibition in Germany with 30 pieces of graphics.

St. Michel, Hamburg – The Song of Salomon — Latin and Hebrew banner with reciting by Gerlach Fiedler and violin music

The City of Aasiaat, Greenland 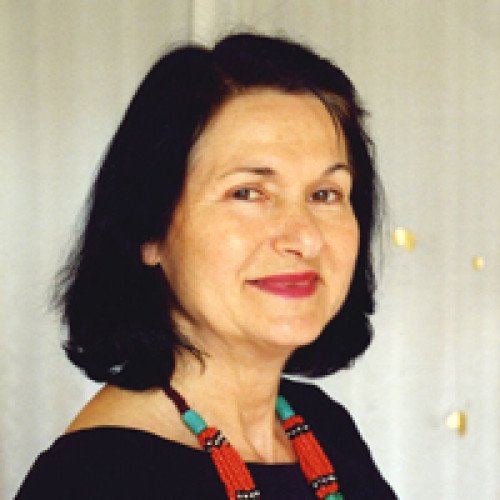