Content: A spring trail, rain fills the flowers, the flowers have painted the mountains in spring colors. I go to the place where the stream flows deeply, there are thousands of small orioles. As I watch, flying clouds turn into dragons and snakes, twisting, turning into a clear, emerald sky. I lay down, feeling dizzy, in the shadow of ancient creeping vines, I can not make out the south or the north.
138x68 cm 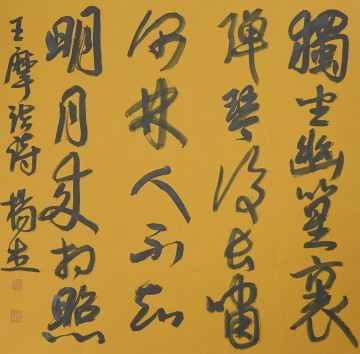 Content: There is bamboo behind the window, there is tea being brewed, there is a spring flowing under the stones
Size: poster paper (square with a side equal to 4 chi) 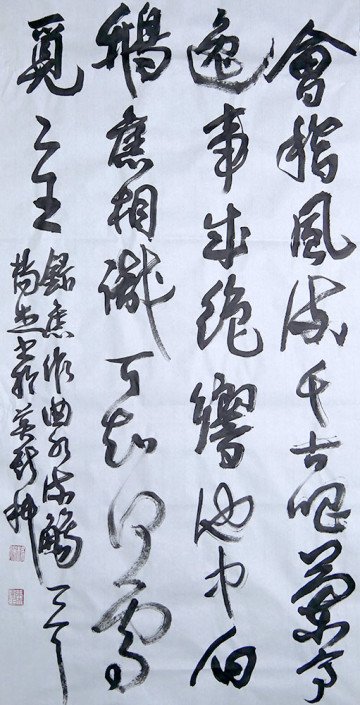 Yang Jie’s own poem, A Cup of Wine Floats Along a Bend Here (written as a greeting on an envelope addressed to a poet friend)

Content: In the mountains of Guiji, sound the memories carried by the wind, old legends turn into forgotten melodies in the Arbor of Orchids. On the pond, my old friends the white geese know where to look for the two Wangs (the famous calligraphers, father and son Wang Xizhi and Wang Xianzhi)
100x55 cm 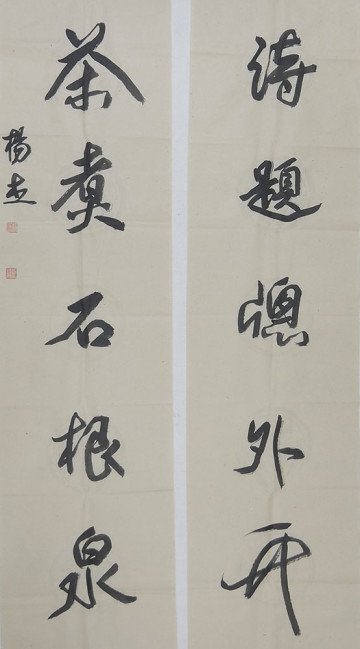 Content: I am sitting alone in a bamboo grove, playing my qin and drawling poems. Those who are in the forest do not know that the moon has risen. 138x34 cm.

Later, she turned her attention to the Shin-tsao style, copied such masters as Wang Do, Mi Fu, Zhu Yunming, and others. The writing style of Yang Jie is expressive and juicy, confident and sharp, wide and free, solid and classically elegant, with a pronounced individuality. In 1991, she joined the Chinese Association of Calligraphers, her works repeatedly participated in major Chinese and foreign exhibitions, and were repeatedly acquired in the collection by many state and foreign museums, art galleries, the Xi'an stele forest, and art salons. The artist also published a collection of her calligraphic works. In 2016, the Chinese calligraphy newspaper called her one of the ten most influential contemporary Chinese calligraphers. Yang Jie also served as Chairman of the Henan Province Social Sciences Association, Chairman of the All-China Association of Literary and Artists in Henan Province, member of the Standing Committee of the People’s Political Advisory Council of China (CPPCC), Deputy Head of the Committee on Education, Science, Culture, Health and Sports. 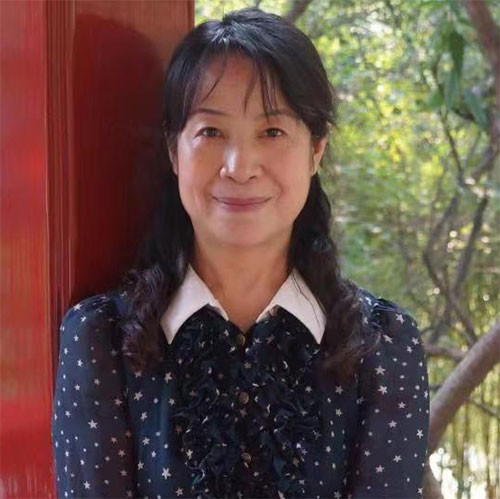