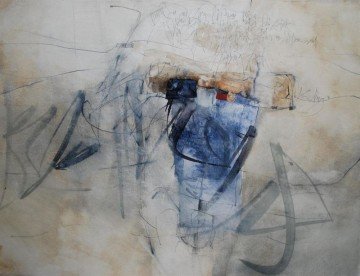 WHILE YOU AND I HAVE LIPS 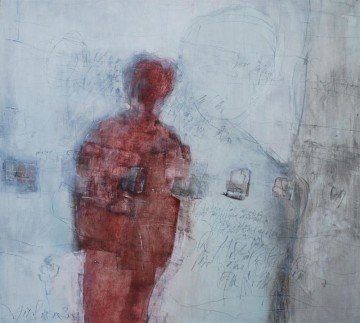 THE POWER OF IMAGINATION 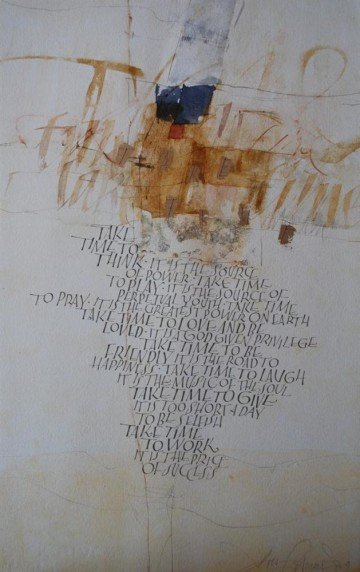 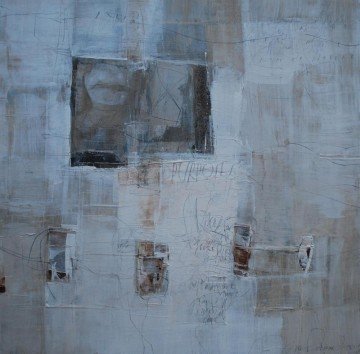 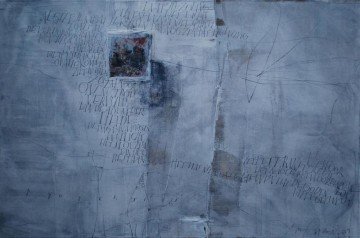 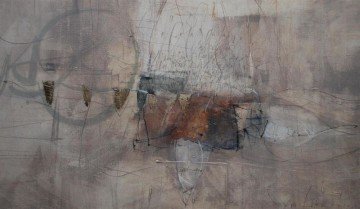 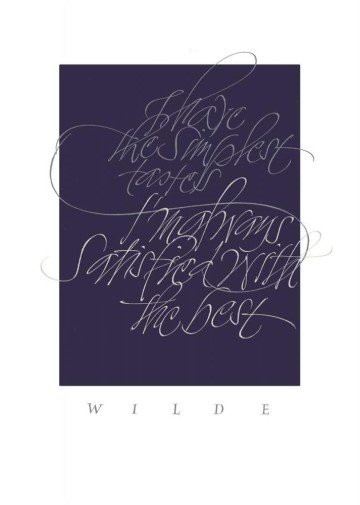 I HAVE THE SIMPLEST TASTES 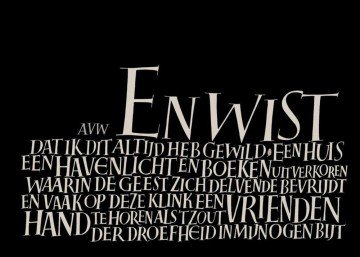 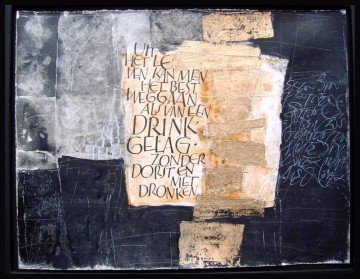 Yves Leterme (°1959 Belgium), by profession a teacher of Latin and Greek, was initiated in calligraphy in 1991. Soon after, he became a close student of Brody Neuenschwander, who trained him in many ways and who deeply influenced his vision on contemporary calligraphy. But in the years to follow, he also took lessons from several other renowed calligraphers, such as Thomas Ingmire, Peter Thornton, Gotfried Pott and Carl Rohrs.

Already at an early stage he devoted a lot of time developing his gestural style, an approach to writing for which he now receives international recognition. Other typical features are his carefully drawn capitals and his unusual compositions on richly textured backgrounds.

He is cofounder, coach and chief master of the Whitespace-system, a school for contemporary calligraphy in Flanders.

Leterme has participated in numerous local and international exhibitions and his work has been published in several specialized magazines.

In recent years he travels to all continents in order to teach his specific approach on lettering and calligraphy. Next to that and his job at school, he’s a freelance calligrapher who takes on commissions, both commercial and artistic. His work is part of private and museum collections all across the world. 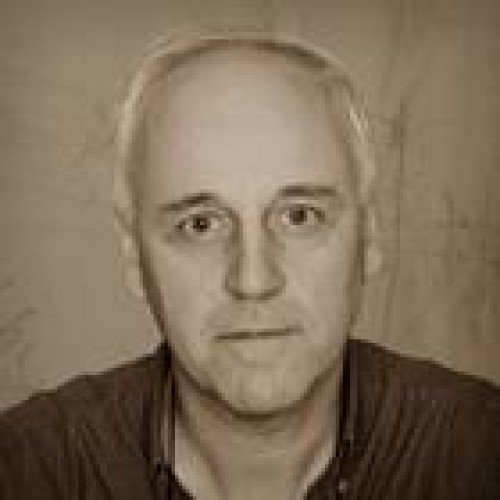