One of Taiwan's foremost calligraphers, Tong Yang-tze (董阳孜), is displaying a particularly massive piece at the Johnson Museum of Art at Cornell University.

According to Taiwan's Ministry of Culture, prestigious calligrapher Tong Yang-tze showcased a 54-meter-long cursive-script calligraphy titled "Immortal at the River" (臨江仙), a poem by Ming Dynasty Chinese poet Yang Shen (楊慎), at the Ivy League school's Herbert F. Johnson Museum of Art until June 7. The ministry added that on March 8, Tong also participated in an online talk from Taipei.

The talk began with an introduction given by the curator and Cornell art history professor Pan An-yi (潘安儀) along with a video showing Tong's studio and her working process, according to the ministry. Tong stated that calligraphy enables her to send strong messages and express what she thinks.

Viewers were surprised that Tong had been able to create such a massive artwork in her relatively small, confined studio. "I see it as a challenge to myself by creating massive pieces in a tiny space," said Tong.

The artist further pointed out that art is her life. "Not only calligraphy, but dance, and music are also the fields where people keep crossing boundaries. The lines of human bodies can resonate with calligraphy," she added. 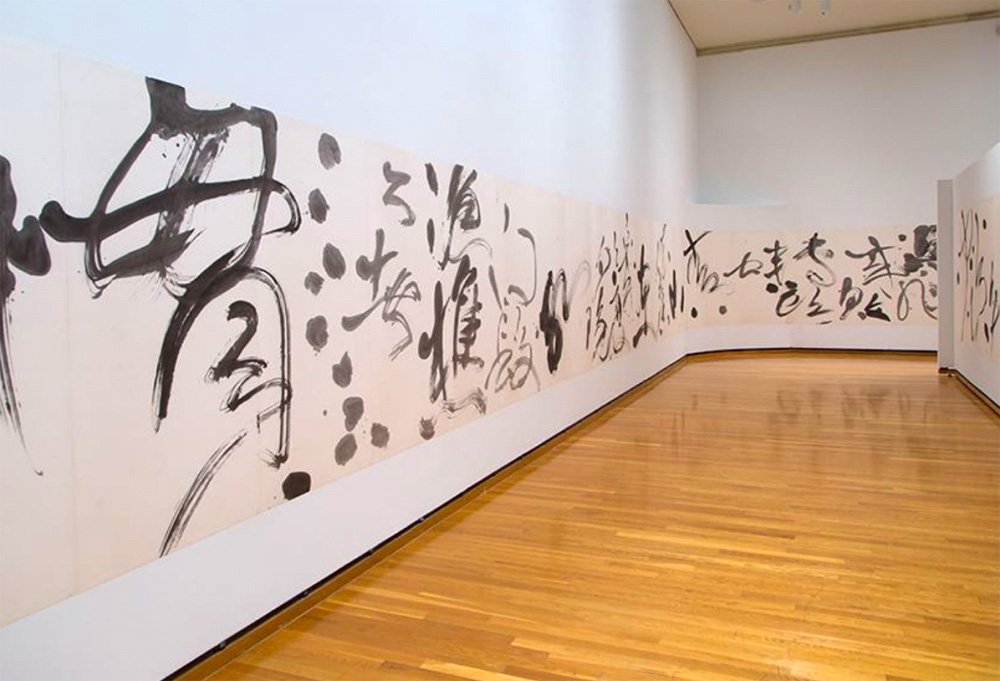