Li Sairong meets with director of the Contemporary Museum of Calligraphy

On January 18, Deputy Chair of the China Foreign Languages Publishing Administration met with Director of the Contemporary Museum of Calligraphy Alexey Shaburov. The meeting was also attended by representatives from the magazine China and the Foreign Language Press publishing house, which is currently under the jurisdiction of the Administration.

Mr Li spoke in brief about the Administration and noted that it is directly involved in Chinese calligraphy and painting, especially considering the fact that the magazine China has organized a number of large-scale calligraphy events and has considerable influence in the field. According to Mr Li, the Great Chinese Calligraphy and Painting: One Belt – One Road exhibition, which is designed to celebrate the 70th anniversary of the establishment of diplomatic relations between the Russian Federation and the People’s Republic of China and scheduled to be held from September 20 to 22, 2019, will help promote cultural exchanges and enhance friendship and mutual understanding between our two nations.

The Contemporary Museum of Calligraphy is the first calligraphy museum in Russia. It places a special emphasis on preserving and developing writing traditions. The museum's exhibit has works by 433 contemporary artists from the 20th and 21st centuries from 65 countries. (Foreign Language Press, China Foreign Languages Publishing Administration, China magazine) 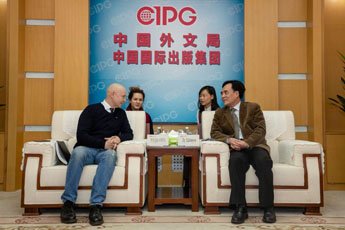 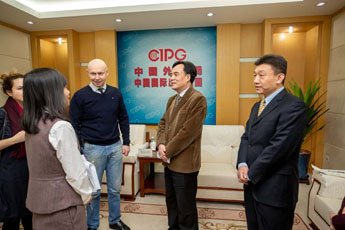 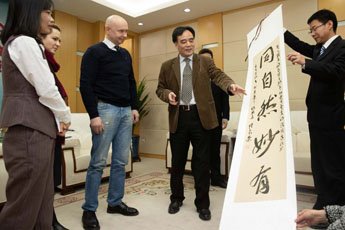 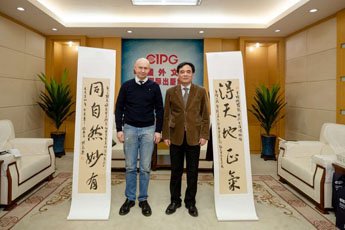 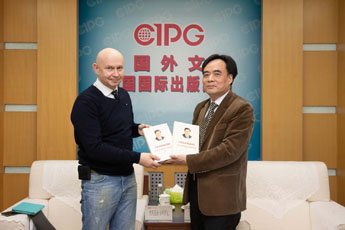 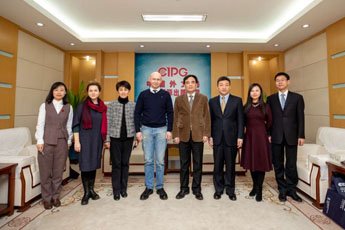 Li Sairong meets with director of the Contemporary Museum of Calligraphy