Exhibition of vintage handwritten New Year cards to open at Contemporary Museum of Calligraphy on December 28, 2018

The display will feature cards from the early 20th century, the pre-revolutionary period, the 1930s, the World War II era, and others. A special section will be devoted to a unique collection of New Year greeting cards sent by famous Chinese people to their Russian comrades from 1949 to 1953, when our two countries enjoyed a strong friendship.

To revive this good old tradition, a series of contemporary greeting cards, written in December 2018 and directed to Russian people, has been prepared by the Chinese Embassy in Russia specially for the upcoming exhibition. The event will feature more than 100 exhibits.

The display will be on view from December 28 to 30 and from January 9 to 19. This unique project is organized by the Contemporary Museum of Calligraphy (Moscow) and the Old New Year Museum (St. Petersburg). After the exhibition closes, the collection will return to St. Petersburg, Russia’s northern capital.

The exhibition will officially open on December 28 at 12:00.

The postcards are the courtesy of director of St. Petersburg museum "The Old New Year", Vladislav Dmitriyev. 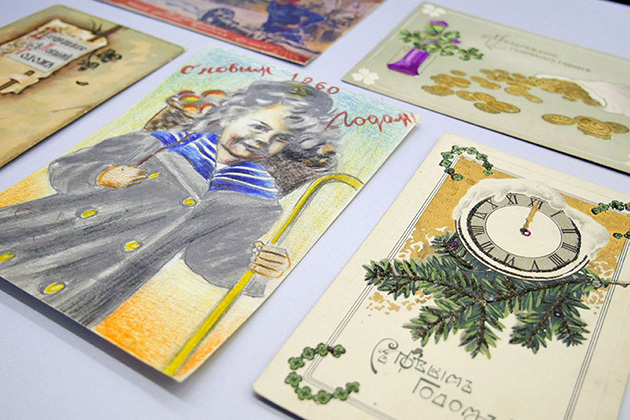 Exhibition of vintage handwritten New Year cards to open at Contemporary Museum of Calligraphy on December 28, 2018