«Today we celebrate our Arabic language with the inauguration of the Museum of Arabic Calligraphy as the first museum to specialize in the presentation of Arabic calligraphy arts,» Nabawy said, adding that the museum represented the ministry’s efforts to protect national identity, to which the Arabic language is central.

The museum houses a collection of modern and ancient masterpieces created by artists who specialized in Arabic calligraphy and its unique decorative qualities.

It also houses a collection of rare Arabic manuscripts and paintings by some of the world’s most famous calligraphers and pioneers of the art form, adding up to an unprecedented collection for a calligraphy museum.

The new museum has been established on the grounds of the Fine Arts Museum in Alexandria’s Moharram Bey area, which was inaugurated in 1954, taking the place of its former administration building.

The Cairo-based design firm Archinos Architecture, which has managed a variety of heritage preservation projects across Egypt, was commissioned by the ministry in 2009 to turn the old office building into what it is today.

Mostly a rare and neglected art form today, Arabic calligraphy was once an incredibly significant aspect of Middle Eastern and Arabic culture.

The painstaking artistic writings are distinguishing features in Islamic architecture and art as they were central to writing the scripts of the Quran since the very beginning of Islam.

Although the art of Arabic calligraphy is not only limited to religious writings, Islamic calligraphy is specifically known for its creative versatility, breathtaking beauty and unique aesthetic qualities. 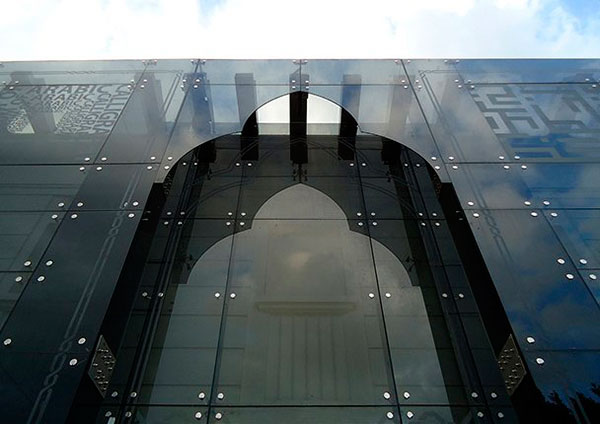