On December 25, 2018, the Contemporary Museum of Calligraphy held the last introductory Chinese calligraphy class for the first group. Over the course of 7 classes the students were mastering the archaic Chinese calligraphy style, born over 2500 years ago, zhuanshu. Trainer, Mr. Kong Lingmin, a calligraphy expert and descendant of Confucius in the 76th generation, shared his knowledge in writing hieroglyphs and Chinese philosophy. Students in their turn were watchful to their trainer, diligently reproducing “chengyu”, the ancient Chinese idiomatic expressions, which aptly fit for the first introduction to the Chinese character and culture. The most catchy phrases became their final projects. Traditionally, every graduate received a personal certificate signed by Mr. Kong himself.

If you are interested in the art of Chinese calligraphy and willing to learn, the Contemporary Museum of Calligraphy invites you to join – applications are now taken for February 2019. 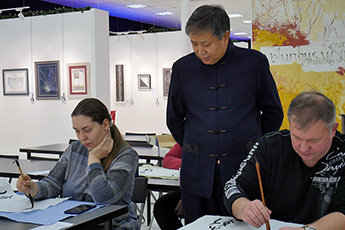 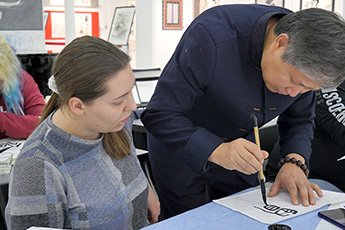 The expert is always keen to help his students 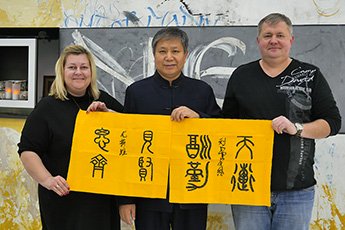 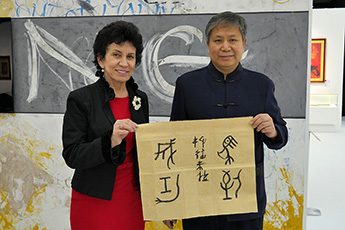 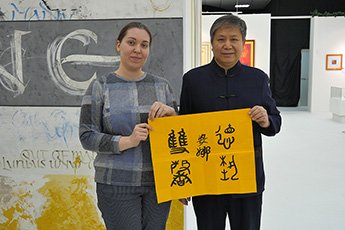 Great job with the final projects! 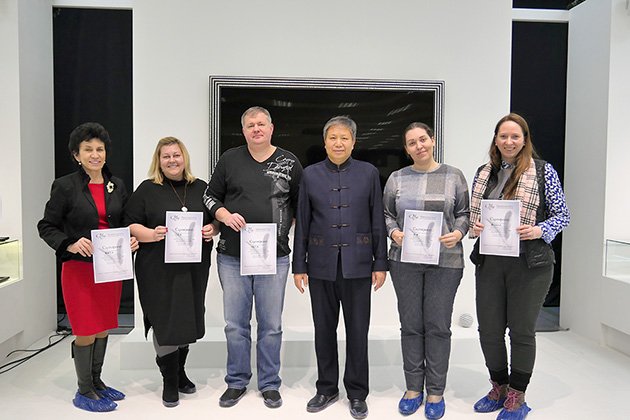 The first graduates of the introductory Chinese calligraphy course