On 10th of April, the Arabic calligraphy master class for the beginners was held in the Contemporary Museum of calligraphy. The event visitors were acquainted with the culture of another nation, they acquired a precious experience.

The lecture has exposed all those who wished to the enigmatic world of the Orient script. The event speaker was the painter, mosaicist and calligrapher Nailya Lofti. For many years she is fascinated by the Arabic script, she studied the technique in the United Arabic Emirates and Turkey. Her works combine the mosaic and the calligraphy, the cultures of the West and East. The lecture held in the space of the museum offered a unique opportunity to watch the art works on the exhibition display, to enjoy the beauty of artistic and stylistic images. Nailya Lofty introduced the public to the materials required for the writing: calamuses (bamboo pens), inks, calligraphic markers. The participants learned about the specifics of the Arabic alphabet, composed of 28 consonant letters, about the writing rules depending on the position in the word, about the history and principles of the script setting up. The Arabic culture had a complex way of development, which has influenced the art. The event visitors could see various styles: Kufi, Nasta liq, Naskh, Thuluth, Diwan-i etc. Each of them contains something fascinating: one object’s fluency of lines, another object’s masculinity, third object’s creative chaos, first object’s feminine ligature. The students have seen the examples of the scripts utilizations in the interior, the writing, the jewelries etc. During the second part of master class the event visitors could try their forces at writing of certain letters and words. The Arabic calligraphy is a kind of meditation that can offer quietness and relaxation as if during the work the brain switches to another frequency. The master class participants were leaving home inspired to realize new achievements and satisfied by a pleasant occupation. Those who wish to study the art more deeply are invited to join the National school of beautiful writing art where a new enrolment has started. 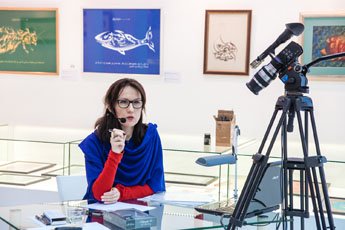 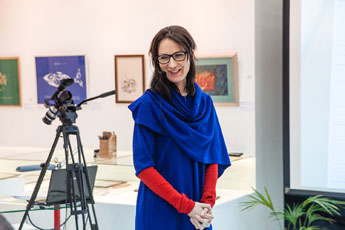 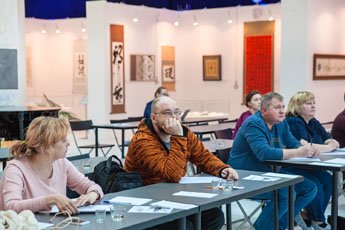 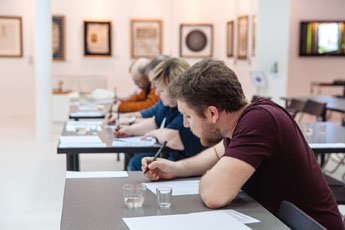 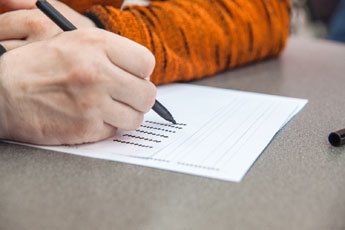 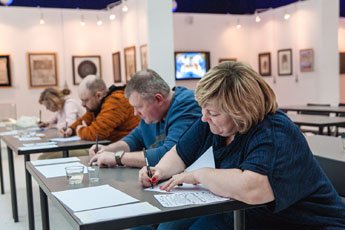 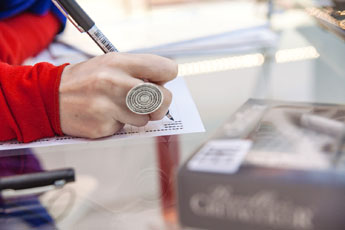 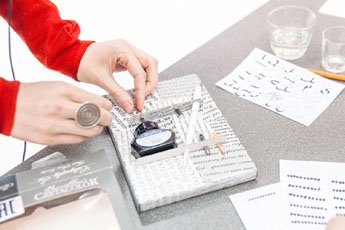