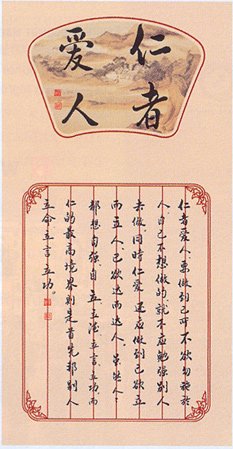 Probably, only few people know that art of calligraphy is one of the most ancient fine arts on Earth like  petroglythic painting is. Ordinary people consider that calligraphy was invented along with paper and other writing devices. In the century of mass culture and entertainment calligraphy is thought to be something outdated and useless.

Is everything so bad?   No, I can say it for sure. Fortunately this art hasn’t become mass, society is not fed up with it. Today like many centuries ago calligraphy is associated with mystery. Actually it is a mystery: mystery of emerging words on a list of paper. It is something in the air, tickling eyes, hooking finger tips, but if one’s try to catch this – it is impossible without feeling it with all heart  and soul. In order to achieve it a few steps must be made, only thus real art of calligraphy can be realized.

First step is to surpass conventionality of the moment. Many factors such as environment, technical progress, public opinion, and especially mass-media influence people today . All the facilities invented lately prevent us from concentrating. Computer has become an essential part of our life as a universal means of transferring data. There were times when it was made through paper with a sophisticate decoration. Even an ordinary letter on a common paper has its own fate, hand writing reflected thoughts and emotions, the very was seemed to breath. The flow of letters, their tournures,  spaces between them comprised secret content of the letter, unsaid emotions.  After decyphering the information one could react to the message  properly, thus mutual understanding was established. 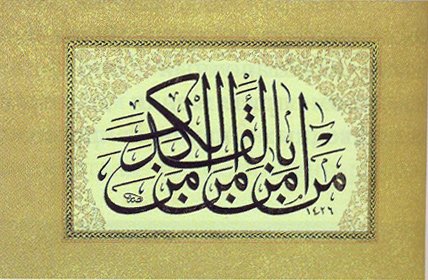 In pre-computer hand writing era people understood language of body, of semi-tones and understatements, it helped to feel more precisely. What can be read in lines of e-message? Only what is typed. His thoughts though remain secret.

One can do it otherwise: in handwriting. When one remembers about  paper and pen before writing anything then first step is made.

Second step is a skill of reading and understanding of written text, feeling of it. Calligraphy is an art where are now distinct senseless symbols. Every letter, every trait of the character is completed in, and important as its integral part . As pa in ballet, drop of ink becomes a unit of value. This step is a bit harder than the first one, when looking at wreathen letters, strokes and touches on the list of paper, your eyes see a quaking feather, murmur of the grass, distinct birds clamour  you become a bit closer to true understanding of calligraphy. 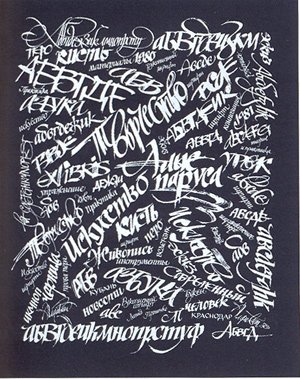 Chinese wise men said that calligraphy is music for eyes. It is also called painting without object and  silent music, dance without a dancer,  architecture with no constructions and building materials. Such admiring epithets are worth this Art.  Naturally, movement of the hand with  ink-filled brush looks like a peculiar dance, dependent on internal creative concentration of the master it can produce on a list of paper specific harmony of black lines, strokes, points – harmony that reflects endless variety of people’s thoughts, feelings, emotions. That’s why calligraphy is a key to many other relative fine arts, a source of inspiration.

This  all  becomes obvious on the last step of calligraphy. It seems to be the hardest test beyond understanding. Since one’s own true attitude towards calligraphy is showed  when the period of craft is over. Knowledge, definitions and mechanisms is only a top-hamper, soul unfolds on the last step. What need to be done to say without doubt: “I know verity of calligraphy”?  You must love calligraphy, so simple and so difficult at the same time. 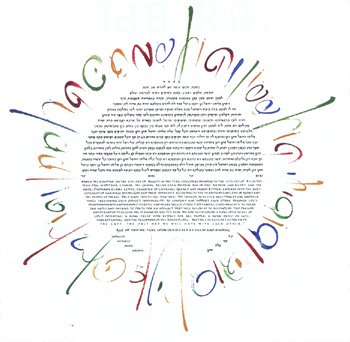 I love calligraphy and I am happy. Sometimes I think I am the man form the past when people appreciated and understood art. But this feeling is pleasant, and I’d like to share it with other people. It’s not enough to tell one or two I want general public to learn and love calligraphy as I do. That’s why we organized calligraphic exhibition. As I always say, my life goal is to create environment for a new quality-life.

Finally, I would like to tell one ancient legend about power of calligraphy. Famous calligraphist of  IV century Wan Xizhi is the hero of this legend. In small provincial town poor old lady was selling few ordinary fans. Wan Xizhi asked her about the price. “Each twelve pennies”,- she answered . Wan wrote five words on every fan. “Why did you do that? – the old lady cried . – Fans are spoiled, I cannot sell them”. Calligrapher replied: “Tell them that Wan Xizhi made the writings and you will sell each by 100 pennies!”.  News spread like a wind, soon crowd gathered around the old lady’s house and was dying to buy a fan. Few words written by hand of real master made common thing an object of desire, an art chef-d’oeuvre. I want that today few words beautifully written by a professional hand will be worth of its weight in gold.

Then society will be more beautiful and healthy.