Calligraphy masterpieces under the museum’s roof

A brand new museum has appeared in Russia: the Contemporary Museum of Calligraphy is set up in Moscow at the Sokolniki Exhibition and Convention Centre. The Museum’s launch happened thanks to the hard work of MVK, the International Exhibition Company leadership and especially, Alexey Shaburov, Director General of this project.

This project drew inspiration from the exhibition of calligraphy works which was held in Moscow for the first time in 2008 and then, in Saint Petersburg. The event has gathered a lot of works that are worth seeing in calligraphy together and united fans of this art. The National Union of Calligraphers, founded in 2008, has greatly supported the project. The main aim of the organization is to unify masters of handwriting from all over the globe and recreate the calligraphers“ movement in our country.

Calligraphy is one of the oldest fine arts. The use of papyrus and the invention of paper and writing utensils gave to calligraphy increasingly perfect tools and greater opportunities to elegantly design handwritten works.

Chinese wise men have stated that “Calligraphy is the music for eyes,”

Calligraphy is also called as an objectless painting and a soundless music. One begins to understand all of this when viewing the museum’s exhibits which include unique samples of writing and the world's masterpieces, created by recognized masters. The museum displays fine samples of European and Slavic writings, elegant works of Jewish and Arabic calligraphy schools, strict forms of classical Japanese calligraphy, samples of ancient Chinese writing which can easily tell the history of this art. Among the exhibits there are also domestic and foreign books dedicated to the art of calligraphy, rare manuscript editions released in single copies and writing utensils of the past and present.

When exploring the museum’s exhibits, it is not hard to imagine the movements of the master’s hand holding a brush with a rich ink whilst creating the artwork, like some kind of a dance routine that only the inner concentration of an artist can harness and transform a white sheet of paper into a special rhythmic harmony of black lines, strokes and points having been created to deliver the infinite range of human thoughts, feelings and emotions.

Describing the atmosphere of the new museum Alexey Shaburov, Director and the creator of the project, says: “To create an environment for a whole new quality of life — that is my main goal in life.”

The Contemporary Museum of Calligraphy is a new and untypical combination of painting and graphics. The exposition will attract visitors of all ages and is a great addition to the art education program, as well as to school and university programs. The exposition may serve as a bright addition for students of specialized educational institutions and complement corresponding lecture courses to promote a better understanding of painting and graphic technique.

The 2nd International Exhibition of Calligraphy, an event specially organized to develop the project, is to take place at the Sokolniki Exhibition and Convention Centre in autumn, from October 14th to November 14th. 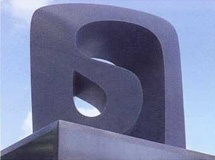 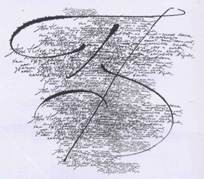