On July 11, a wonderful calligrapher, poet and translator, participant of the Great Chinese Calligraphy and Painting exhibition, a friend of the World Calligraphy Museum, Mr. Li Zuo, celebrates his birthday.

Mr. Li Zuo was born in Beijing. In 1983, he graduated from Beijing Pedagogical University with a degree in Russian Philology, and is currently an assistant professor at the Language and Communications Institute of Beijing Transport University. Since childhood he was fascinated by the art of Chinese calligraphy. He took his first steps in calligraphy in 2003 under the guidance of master Liu Baoguang, ten years later he began his own career. Twice he took first place at the National Calligraphy Competition, five times – the second place. With the support of the Writers' Union of Belarus, Minsk held personal exhibitions of calligraphy works by master Li Zuo five times.

Mr. Li Zuo’s works took part in the Great Chinese Calligraphy and Painting exhibition, which was held in Moscow in 2019, but soon the guests and residents of the capital will again have the opportunity to enjoy the master’s works, because they will be presented in the new Museum of Traditional Chinese Calligraphy and Painting, the opening of which will take place in the near future. 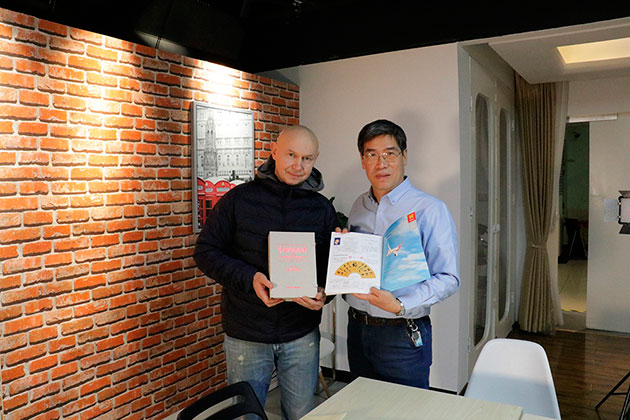