Works of Anna Donchenko, a Participant of the Great Chinese Calligraphy and Painting Exhibition, Were Included in the Collection of Chinese Ink Wash Painting of the Prosperity Era

Anna Donchenko, a participant of the Great Chinese Calligraphy and Painting exhibition, a member of the Institute of Far Eastern Studies of the Russian Academy of Sciences, a researcher of contemporary Chinese art, a member of the Central Board of the Russian-Chinese Friendship Society, pleases and delights people with her creative successes. Most recently, her paintings were included in the “Collection of Chinese Ink Painting of the Prosperity Era” along with such prominent artists as Duo Dakai, Guo Daming, Zhao Zhongren, Wang Juying, Duo Yungfeng, Ma Zhigang, and others. It should be noted that in the fall of 2019, at the personal invitation of the Director of the World Calligraphy Museum Alexey Yuryevich Shaburov, works by Guo Daming, Zhao Zhongren and Wang Jiuying took part in the “Great Chinese Calligraphy and Painting” exhibition, which was organized by the World Calligraphy Museum and was held at the Sokolniki Exhibition and Convention Center in Moscow. This exhibition became an important cultural event of the past year, and contributed to the further strengthening of friendship and mutual understanding between the peoples of Russia and China.

Anna said that now she has a rather tight schedule, but there is always time for creativity. In March this year, at the initiative of Anna's teacher, the president of the Qinglui Shanshui Chinese Academy of Painting, Mr. Guo Daming, a free online platform was launched for remote consultation and exchange of views between traditional Chinese painting artists. The main goal of this project is to provide assistance and support to all those who study traditional Chinese painting and calligraphy in the hard times of the pandemic. This online platform has great social significance and contributes to the development of the traditional culture of China; currently about 300 people have a unique opportunity to receive advice and comments from the best masters of traditional painting and calligraphy, as well as ask them any questions about art. Since Anna is very closely linked with the world of Chinese painting and cooperates with many of its representatives, she also has the opportunity to participate in this project and improve her skills, combining this with her main activities. 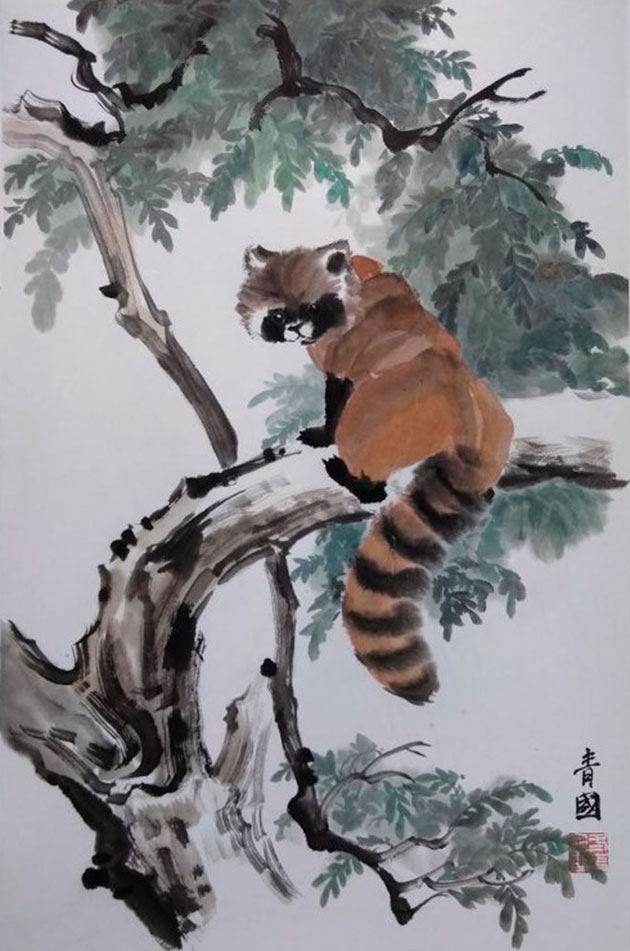 One of Anna's works, included in the State Catalog of the Museum Fund of the Russian Federation, Small (red) panda on a tree 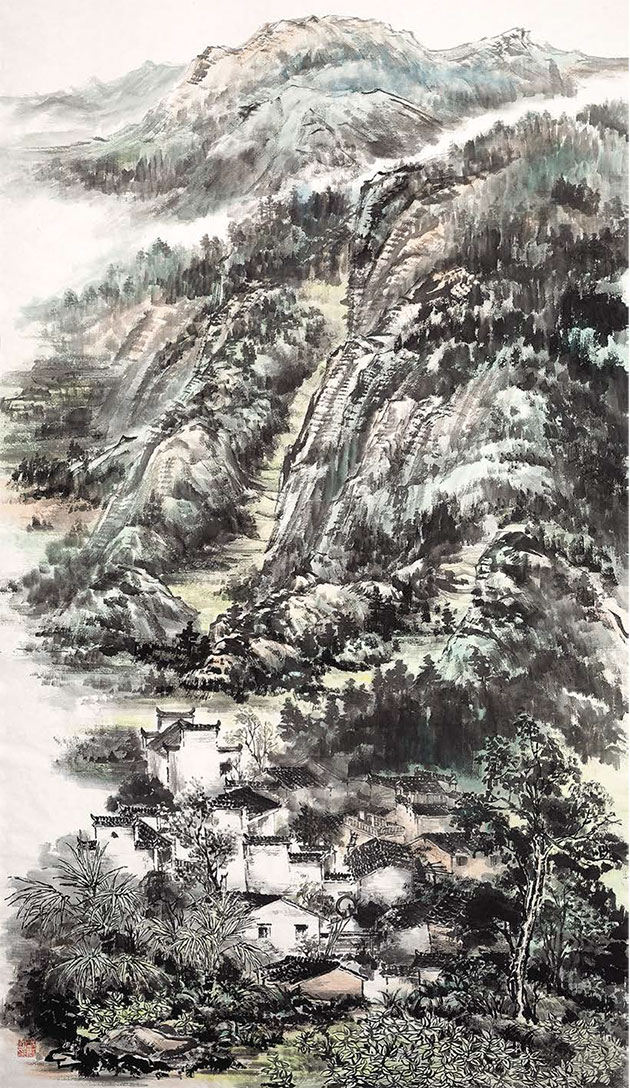 Quiet Life artwork, which was selected for the “Collection of Chinese ink wash painting of the prosperity era”