On January 25, 2019, during their trip to the People's Republic of China, the team of the Contemporary Museum of Calligraphy visited a Xuanzhi (or rice paper) papermaking factory in Jing Country, Anhui Province. Its role for modern-day Chinese calligraphy can hardly be overestimated. One has only to think of China's premium Red Star rice paper, used by all Chinese calligraphers and painters without exception, which is manufactured there.

Head of the paper mill Mr Hu Wenjun gave a warm welcome to his guests from faraway Moscow and acquainted them with the factory's operations. The team of the Contemporary Museum of Calligraphy had the opportunity to see first-hand the process of making this unique paper.

While on a tour of the factory's xuan paper museum, Director of the Contemporary Museum of Calligraphy Alexey Shaburov and Mr Hu engaged in productive negotiations. The parties agreed, among others, to cooperate on the exhibition project "The Great Chinese Calligraphy and Painting", which is designed to celebrate the 70th anniversary of the establishment of diplomatic relations between Russia and China. The exhibition will be held between September 20 and 22, 2019.

Mr Hu expressed his support for the proposal made by Mr Shaburov to create limited edition Xuan paper in special gift boxes for the Great Chinese Calligraphy and Painting exhibition. Mr Shaburov also asked Mr Hu to give a short interview to the oldest Russian magazine about museums and culture "Mir Muzeya", which he readily did. 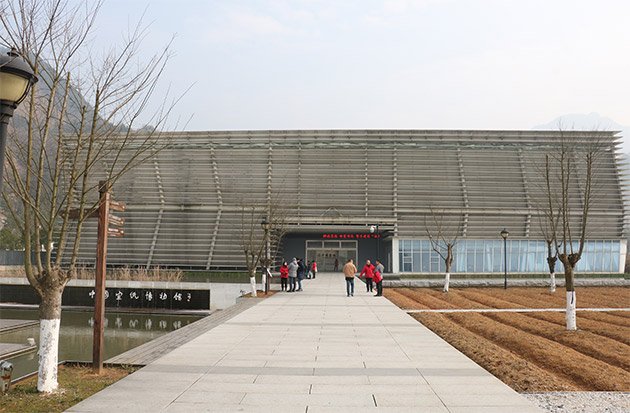 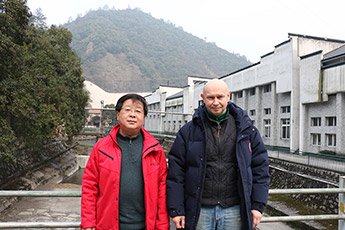 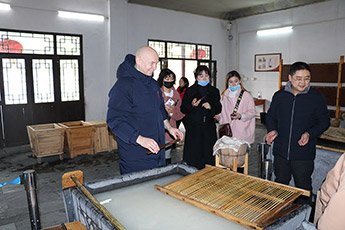 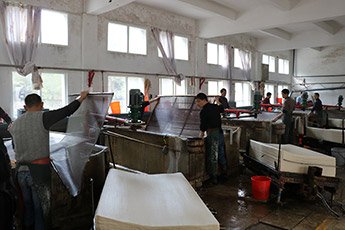 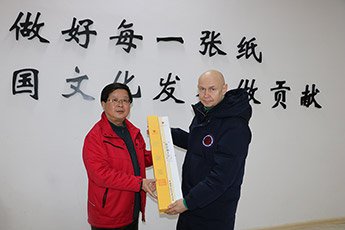