The World Calligraphy Museum received a gift of works, dedicated to the history of Slavic writing

On the 17th of March, graphic artist and calligrapher Lyudmila Pankratova donated two of her works to the World Calligraphy Museum, in commemoration of the more than a thousand-year history of Slavic writing.

In textual terms, they are consonant. These are quotes from the "Tale of time years" - "Praise of Praise to Yaroslav the Wise" (time of creation: the end of the XI - beginning of the XII century). Both, as it often happens in ancient texts, strongly and beautifully convey the high importance of the role of writing and books in the formation of not only a single person, but also a whole nation.

"...... In fact, a great benefit we can get from reading books is that they edify and teach us the way of repentance, for we can find wisdom and abstinence in the words of books. These are the rivers whose waters give the drink to the universe. They are the sources of wisdom, for in books there is an immeasurable depth. We can console ourselves from grief while reading them. They are, as we say, the bridle of abstinence...... " .

"So, a capacious, but simple image-sign must be found in the picture, too. It is simple and multi-valued at the same time. This is how the silhouette of a mountain appeared in one case, inextricably linked with the concepts of eternity, firmness, and a mound. In the other – the world tree, a frequent element of old, decorative-illuminations found in ancient Russian books,"- says Lyudmila Pankratova.

The first work is very concise: a three-part silhouette of a mountain, as a tribute to the idea of the Trinity deeply embedded in Russian culture, next to the source, that is a living spring of literature. In accordance with the ancient system of writing numbers, the date is given in letters of the alphabet.

The second work, in contrast to the first, is symmetrical, compositionally looking up to the "mountain", to the wonderful fruits of writing. Motives of cursive writing are recognized in the letter. "There is a certain arbitrariness of the author which is shown in this picture: the well-known lists of "Tales of time years" are mostly made according to the rules, and the fluency and freedom of the hand is seen only in the illustrations, "- Lyudmila admits.

In order to focus on the content and avoid the feeling of deliberateness and excessive bravura, the author used simple materials: fairly thin paper with uneven density, feathers in mostly thin and flat cut forms, which imitate traces of a goose feather, ink, gouache, and watercolor.

Lyudmila Pankratova is a graphic artist, calligrapher, candidate of Pedagogical Sciences, and teacher of descriptive geometry, architectural graphics and graphic design at the Ryazan State Pedagogical Institute (now RSU named after S. A. Yesenin). Among your calligraphic works, quotations from medieval Russian literature, as well as lines from the poetry of A. S. Pushkin, M. Y. Lermontov, S. A. Yesenin and contemporary authors, take a significant place. Paintings and graphic works of the artist were presented at major exhibitions of the former Soviet Union and the Russian Federation; now they are among domestic and foreign collections. 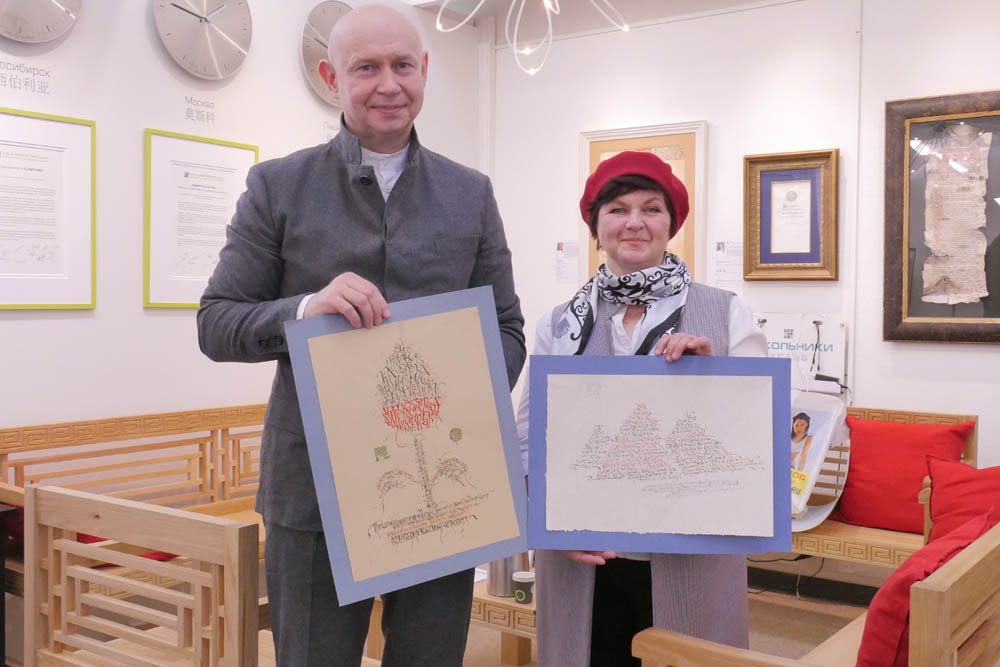 Alexey Shaburov, the director of the World Calligraphy Museum, received a gift of two works from Lyudmila Pankratova, a graphic artist and calligrapher, who wrote these works to commemorate the thousand-plus year history of Slavic writing 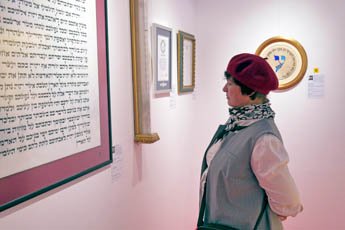 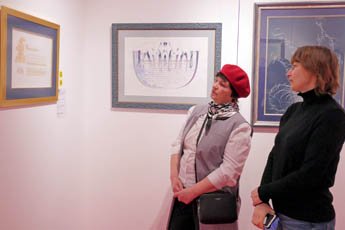 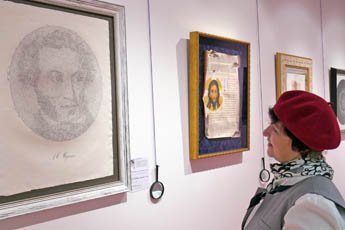 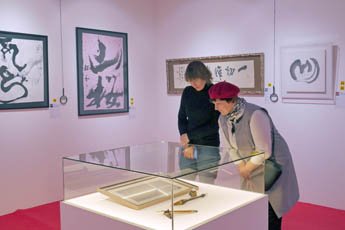 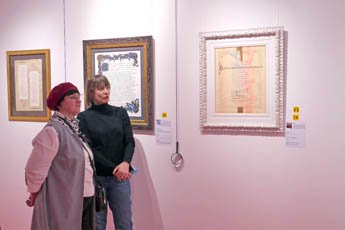 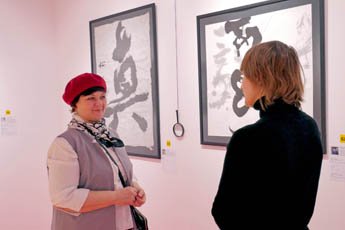