The Third Issue of the Calligrapher Magazine came out

The Museum of World Calligraphy presents the third issue of the Calligrapher Magazine. In his address to the readers, the Editor-in-Chief of the title, Aleksey Shaburov, noted: “Despite the epidemic of coronavirus and the quarantine caused by it, we continued to work. Self-isolation not only did not affect our activities, but became a reason for an interesting study. We decided to ask the calligraphers what they do during the quarantine: is creativity really a special world that does not know boredom. And I must say that the survey results fully confirmed our expectations. Calligraphers improved their skills, created new works, taught online and even wrote articles for our magazine.”

Among the authors of the new issue of the magazine is Yuri Arutsev, an outstanding master, creator of the author’s school “Russian Calligraphy and Ligature” and the Museum of Russian National Writing, Alexander Zolotarev, curator of the Museum of Russian National Writing, and Oksana Khukhrina, educational artist, fine art expert and co-founder of the First School of Chinese Calligraphy in St. Petersburg.

The issue contains interviews of young and eminent calligraphers, representatives of Russian, Chinese, and Islamic calligraphy. “Without studying different schools, it is impossible to find your own style, without resorting to the highest achievements of others it is impossible to create your own and unique works.” This idea of the Chinese prose writer of the Qing era, Liu Kai, runs like a scarlet thread through the whole issue. 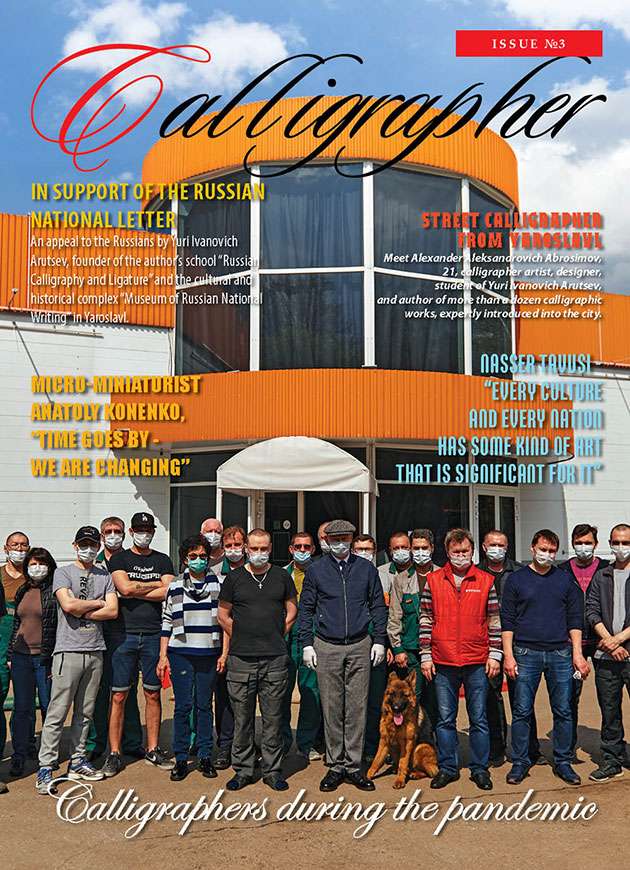 The Third Issue of the Calligrapher Magazine came out