The Art of Calligraphy and Buddhist Painting

On July 15th, we met with an outstanding artist Marian van der Horst – an apprentice of Gega Lama, an illustrious Tibetan artist – who came to visit the Contemporary Museum of Calligraphy. Marian works in thangka technique. 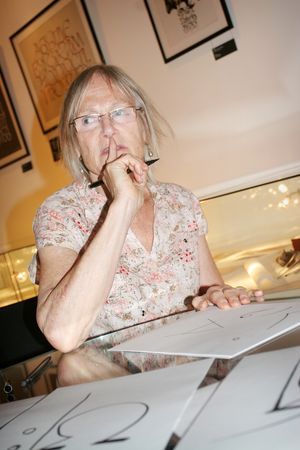 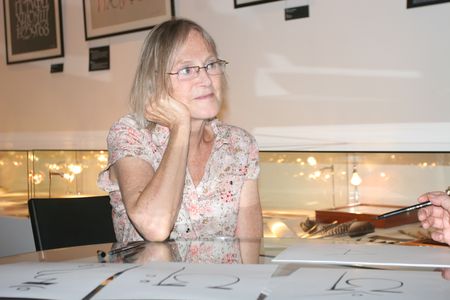 Thangka is a traditional hieratic painting of Buddha Sakyamuni, Buddhist pantheon figures, symbolic life circles. Creating the Buddhist icons is a really hard process because of many canons one has to follow. Through its composition, shape and color a thangka reveals the main ideas of Buddhism. Creating a thangka is a laborious procedure, requiring a good deal of concentration, therefore it is considered to be a type of meditation. One of the meanings of the word is “message”. The finishing stroke of a thangka is a special mantra in Tibetan written on the back: a sacred utterance that is considered to possess mystical or spiritual efficacy. 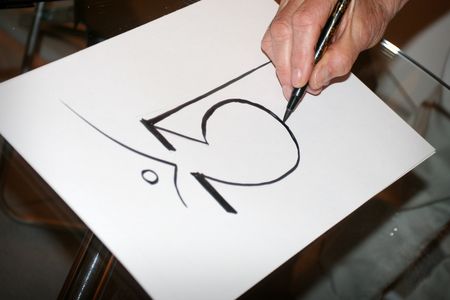 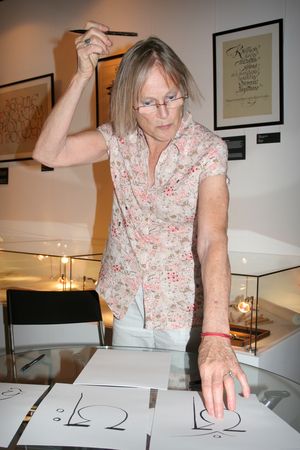 Marian told the audience about Tibetan writing, which is not merely a set of some symbols, but a reflection of the Tibetan world perception. Writing a phrase in Tibetan, you communicate a sacred message, at the same time describing a definite meaning. The Dutch artist gave a live performance to unveil the mystery of Tibetan writing. As we expect to enrich the museum collection with the art pieces made by a Tibetan calligrapher Tashi Mannox, we will include the knowledge we got into our excursions. 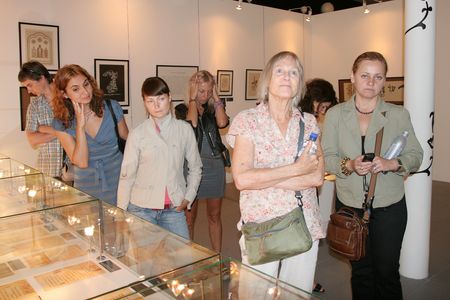 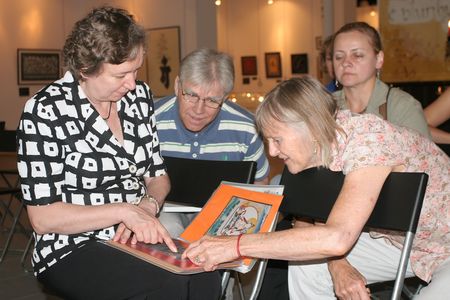 The twenty-year experienced Marian van der Horst said one does not have to be a professional painter to create a thangka. “The most important thing is a strong desire to learn and a belief in yourself”, says Marian. This is also applicable to calligraphy, which demands a certain degree of concentration and strength of mind. 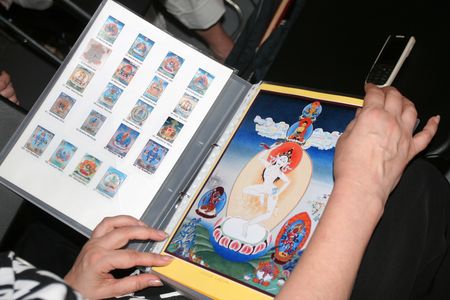 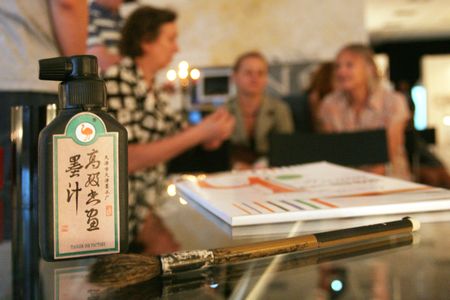 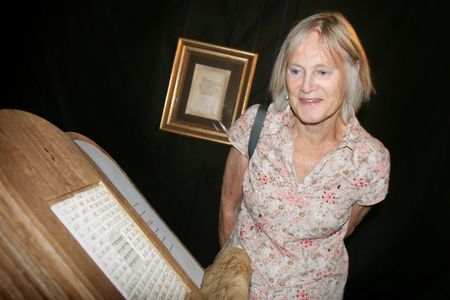