Shaburov A., Director of the World Calligraphy Museum had a meeting with artists from Ryazan

Shaburov A., Director of the World Calligraphy Museum had a meeting on March 5, 2020 with two representatives of art society, women and artists, Pankratova L. and Budyleva M. At the beginning of this year they organized a co-exhibition named “Graphics and calligraphy” at the Memorial house named for Pozhalostin I.P. in the Solotcha town.

The meeting took place at the Ryazan State Teacher Training University (Current name: Ryazan State University named for S.A. Yesenin), where one of the women, Pankratova L. works as a teacher of perspective and shadow projections, architectural graphics, ergonomics and material engineering.

In contrast to Budyleva M., who’s known more as an artist and master of graphics, made only one piece of calligraphy, Pankratova L. has been making art of calligraphy for a long period and taking it seriously. Her masterpieces include interesting details, for example, quotations from the Old Russian literary records, sometimes she uses lines composed by great Russian poets, like Pushkin A.S., Lermontov M.Yu., Esenin S.A. or by modern poets or writers. Except this activity Pankratova L. spends a lot of time making logotypes and ex-librises.

At the meeting Pankratova L. showed her works and shared her opinion about status of calligraphy art in Ryazan. Shaburov A. suggested her participation in the International project “The World International Exhibition of Calligraphy Art”, also he express the intention to organize the master-class in Calligraphy Art for Ryazan artists at the World Calligraphy Museum. 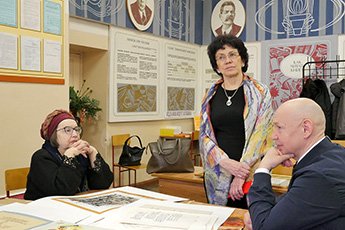 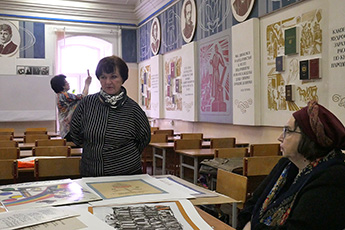 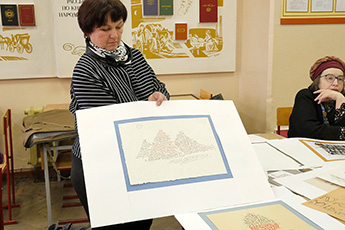 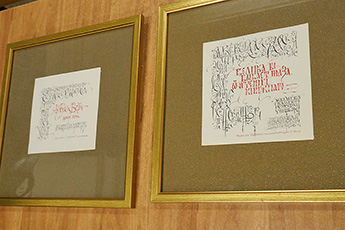 Shaburov A., Director of the World Calligraphy Museum had a meeting with artists from Ryazan