Quarantine is time for creativity

The Museum of Russian National Writing does not waste time in vain, its employees, being on forced isolation, sort archives and are actively engaged in creativity.

During quarantine, the founder of the museum, Yuri Ivanovich Arutsev, wrote a number of wonderful calligraphic works, many of which will occupy a worthy place in the museum's exposition. According to the author, he is especially pleased with the birth of the series “Necklace of Russian Cities”, which will include the paintings of the series “Golden Ring of Russia”, created by him in 2013. The name of the series speaks for itself. In each picture, the name of the city, written in the style of "A.S. Pushkin” and decorated with a bright cascade of monograms, is woven into the graphic image of the central cathedral, which has become the main symbol of the city.

“The calligraphic lettering in the photographic landscapes of Valery Ivanovich Kushnarev is our new direction, “Calligraphy from photography.” The works done in gold and white ink on black are monograms that I made for my talented students who became teachers of our school. The monogram, combining Russian and Arabic calligraphy, was created as a gift to a very good person. Now we are working a lot and productively. I have finished the illustrations for the dictionary “Journey into the world of calligraphy”. There are about 60 illustrations left, and we will launch it in print. Digitization of all works in order to create a catalog of the museum is in full swing. There are a lot to do and there is no time to get sick,” said Yuri Arutsev, founder of the Museum of Russian National Writing and the School of Calligraphy. 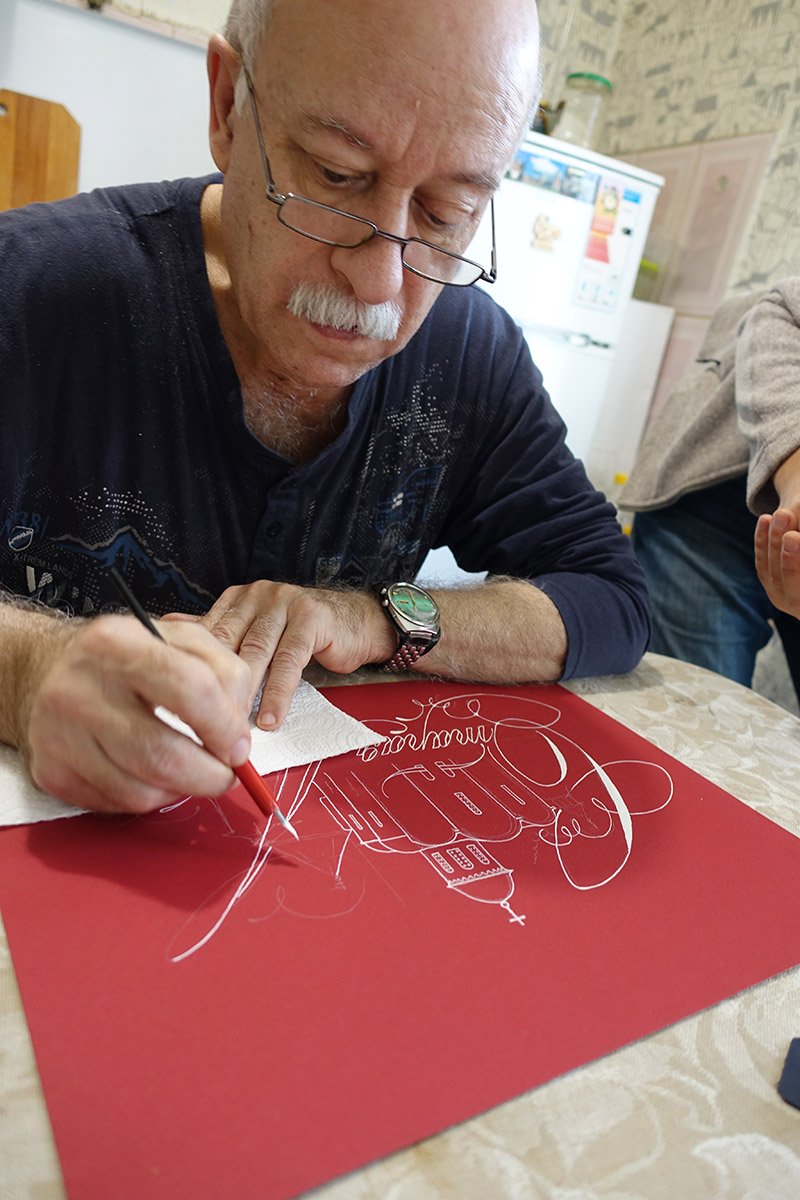 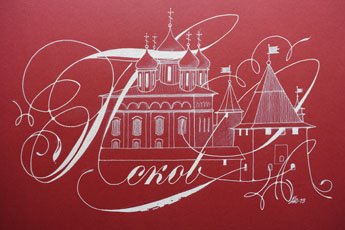 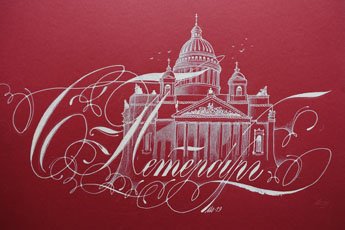 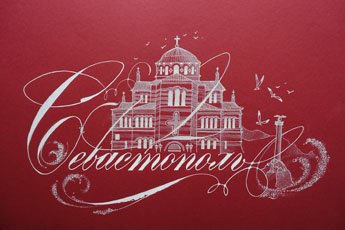 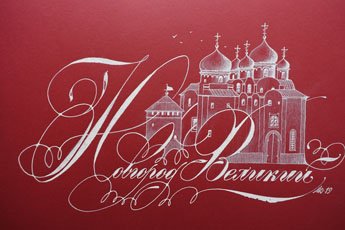 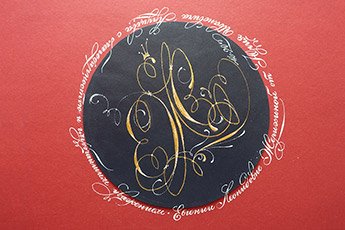 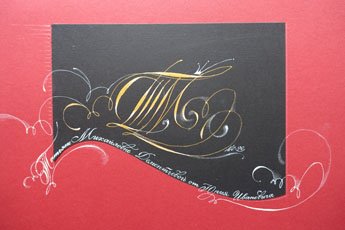 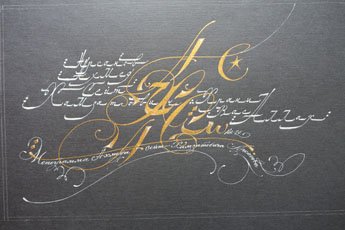 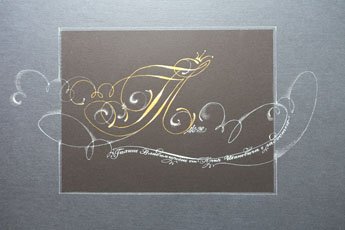 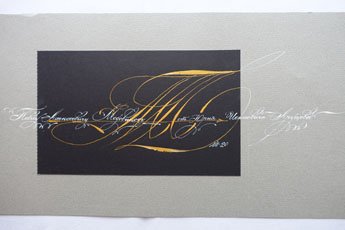 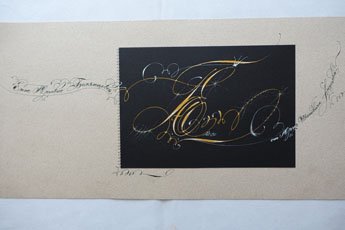 Quarantine is time for creativity