On Friday, 2nd of December, the "Calligraphy About Moscow" exhibition opened at the Contemporary Museum of Calligraphy. Those who decided to engage into a cultural program on that Friday night were lucky not only to see the calligraphic works dedicated to Moscow, but also to discuss them with their authors: the exhibition presentation was held in the form of a dialogue between the audience and the authors.

Andrey Nikonorov explained why he had chosen the cursive uncial script for arranging an extract from a historical book by Kostomarov; the recognized master in pointed pen Yury Koverdyayev shared some secrets of working in the copperplate technique which he applied in his masterpiece “The Spass Tower”; and the visitors from Saint Petersburg Tatiana Titova and Darina Biryulina shared their vision of Moscow as seen from the banks of Neva. They also mentioned their calligraphy teacher Dmitry Petrovsky, whose works are also presented in the exposition. In turn, the visitors shared their comments and compared their own vision of the Russian capital.

The night proceeded with a workshop by Andrey Nikonorov who taught the audience to write the word “Moscow” in the Slavic ornamental script. For most participants it was their first experience with the broad pen, and the lines were far from perfection, but it was no doubt a nice and memorable experience for everyone.

The night culminated with a musical concert: Galina Skobeleva (violin) And Sofia Potylitsyna (piano) performed beautiful music connected with the history of the musical culture in Moscow, with some of the audience still engaged in calligraphy practicing. And the whole picture looked very harmonious, proving once more that calligraphy and music work perfectly together. For, truly, calligraphy is music for the eyes.

The "Calligraphy About Moscow" exhibition will last until December 30, so don’t miss on it: come to the Contemporary Museum of Calligraphy and have a look at all those beautiful works with your own eyes! 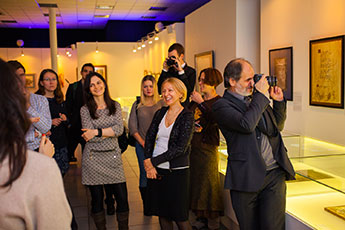 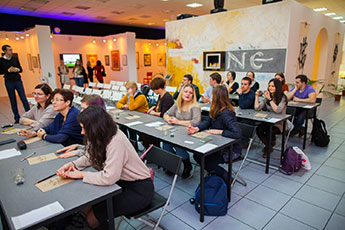 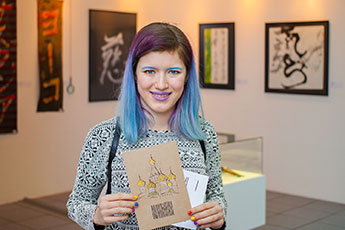 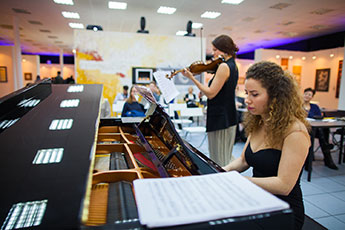