On January 27, 1945, the Soviet Army liberated the survivor prisoners of the Nazi Auschwitz death camp. According to the United Nations’ decree, this date was marked as the annual International Holocaust Remembrance Day. Since 1963, a special committee of Yad Vashem Memorial Institute, chaired by the judges of Israeli Supreme Court, has been awarding the honorary title of the “Righteous Among the Nations” to the non-Jews who risked their freedom and lives to stand against the Holocaust machine. These heroes are awarded medals and honorary diplomas.

Avraham Borshevsky, an Israeli exhibitor of international calligraphy shows, a Guinness record holder, who is also featured in our museum, told us about his work: “Over the last years I have been given a unique honour to use calligraphy to imprint the names of these heroes in the honorary diplomas for the Righteous Among the Nations. As of today, more than 27 thousand people have been awarded this title, primarily Poland natives, with the majority of diplomas being awarded to the heroes’ descendants. Written in Hebrew, English, French, Dutch, Polish, and Russian, they are awarded together with signed medals at the official ceremony at Yad Vashem or shipped via diplomatic mail to be handed in in Israeli embassies. Every name has a dramatic story behind it, the story of a personality standing against the generally approved organized Evil. I find out more and more about these people as I do this prestigious calligraphy work.

Princess Alice of Battenberg’s fate was dramatic and fascinating. During the Second World War, she remained in Greece at her husband’s native land, rescuing Jewish refugees from the Nazi, which brought her the title of the Righteous Among the Nations. According to her will, Alice’s bones were buried in front of the Temple Mount in the Russian Orthodox Church of Maria Magdalena in Jerusalem. Her grandson Charles, the Prince of Wales, always attends her grave when visiting Jerusalem. This time was no different, when the British throne heir paid an official visit to Jerusalem to join the 5th World Holocaust Forum.”

The 5th World Holocaust Forum took place in Jerusalem on January 23-24, 2020, under the aegis of the Israeli President. Reuven Rivlin invited approximately 50 high-profile guests, including the official representatives of Europe, Asia, Australia, North and South America, who assembled in the capital of the Jewish state. Presidents of Russia, Austria, Albania, Argentina, Armenia, Bulgaria, Bosnia and Herzegovina, Hungary, Germany, Georgia, Iceland, Italy, Cyprus, Portugal, Romania, Northern Macedonia, Serbia, Slovakia, Slovenia, Ukraine, Finland, France, Montenegro and Croatia, the Vice President of the U.S., Prime Ministers of Denmark, the Czech Republic, and Sweden, the King of Belgium, the King of Denmark, the King of Spain, the King of the Netherlands, the Grand Duke of Luxembourg, the Prince of Wales, the Crown Prince of Norway, the State Minister of Monaco, the Governor-Generals of Australia and Canada, the parliamentary speakers of Azerbaijan, Belarus, Latvia, and the U.S., a representative of Vatican, the chairmen of the European Council, the European Parliament, and the European Commission signed their records and autographs in the Presidential Book of Honorary Guests, written by Borshevsky.

“Calligraphy helps emphasize the glory of official ceremonies like no other,” Borshevsky shared. “This is the reason why calligraphy is important not only as the “art for the sake of art,” but also as a living symbol representing values, cultural identity, and historical memory of every state at international scale.” 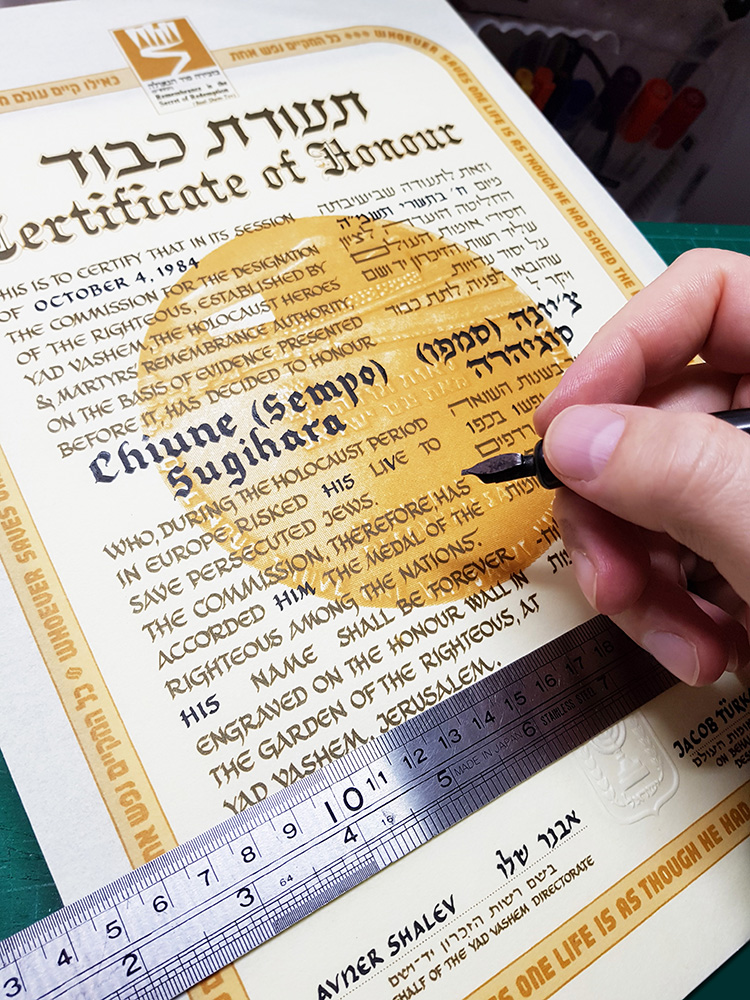 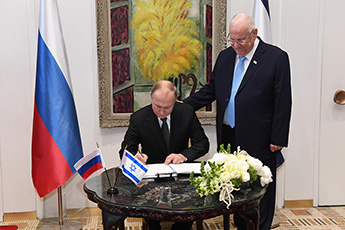 The President of Russia Vladimir Putin makes a record in the handwritten Guestbook of the Israeli President. Jerusalem, January 2020 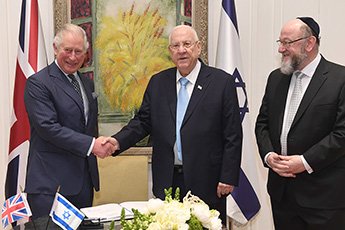 The Prince of Wales Charles and the Chief Rabbi of the United Hebrew Congregations of the Commonwealth Ephraim Mirvis attend the residence of the Israeli President Reuven Rivlin. Jerusalem, January 2020 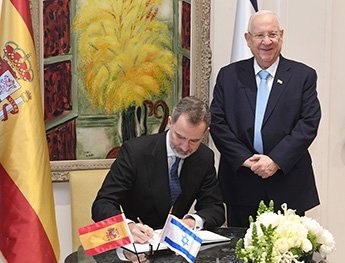 The King of Spain Felipe VI makes a record in the handwritten Guestbook of the Israeli President. Jerusalem, January 2020 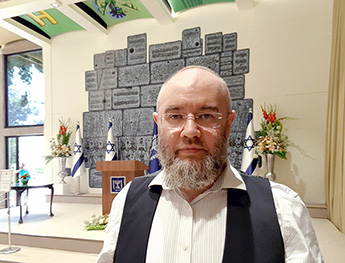 Calligraphy artist Avraham Borshevsky in the residence of the Israeli President. 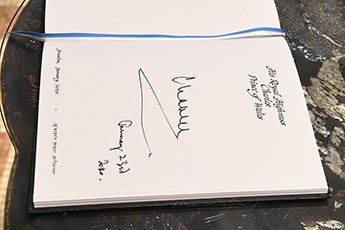 The Prince of Wales Charles’ record in the handwritten Guestbook of the Israeli President. 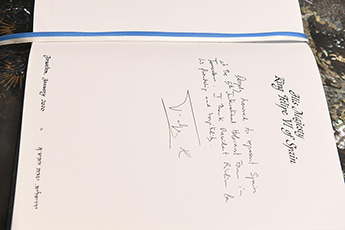 The King of Spain Felipe VI’s record in the handwritten Guestbook of the Israeli President.