While Meghan Markle has lived much of the past few years in the limelight, the Duchess of Sussex has numerous secret talents she has put to good use in and out of her role in the Royal Family. Alongside her talent for acting, public speaking and her humanitarian work, the Duchess of Sussex is also an excellent calligrapher.

Meghan has showed off her calligaphy skills several times in her short career as a frontline royal and also used it as a second job when she was just starting out as an actress.

She used the unique skill when she wrote a thank you note to Luminary Bakery for being a part of the British Vogue project in 2018.

The letter reads, in part, "When I knew I would be secretly guest editing the September issue of British Vogue, including Luminary Bakery was a non-negotiable.

"The work you do, what you represent to the community, the spirit of the women there—you all embody what it means to be ‘forces for change’.

Meghan picked up the profitable hobby during handwriting classes in Catholic school, she told Esquire in 2013.

The Duchess also worked as a freelance calligrapher to support her early acting career. 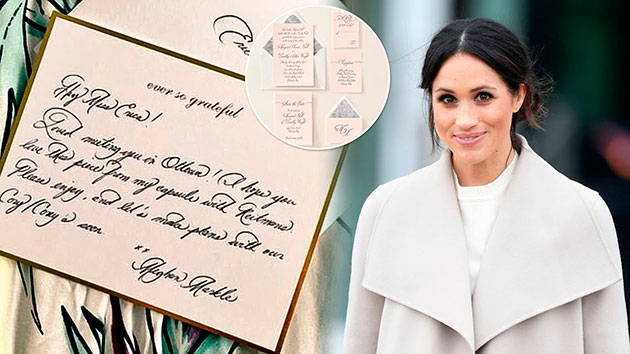