We could finish the year with this note. Though hardly anyone has time for quiet reading these days before Christmas – that is why we had delayed this issue.

Our annual meeting already belongs to history. Just like in 2007, it was held in Balsthal and again was fully prepared by Claudia Moller. Annikki Regendinger who had sat in the Presidium since 1999 and for three years had been its Chairman, left office as well as Rita Bosshard who had been a member of the Presidium since 1999. Trix Fischer and Regula Monner were re-elected among the members of the society present at the meeting. We will give a detailed review of the events in the next issue.

As we have mentioned earlier, on occasion of the collective show in Pettenbach (Austria) we published a catalogue with reproductions of all the exhibited works. You can purchase the catalogue at a very low price from Kerstin Sterchi (the address is on the back page). It would be a wonderful Christmas, New Year, or birthday present! By the way, Kerstin took Annikki’s responsibility for the information update and will keep detailed records of new SCS members.

The present note will touch upon the creative activity of Marianne Moll from Gelterkinden, artist, famous for her colour paper works in her country and abroad. She takes part in the Album Amicorum (Friendly Album) project together with artists from fourteen countries. We are glad we can introduce some works of the project in this note.

Who has been to the Russian city of Saint-Petersburg? The International Exhibition of Calligraphy was worth visiting alongside other cultural sights of the city. This exhibition was the largest in the world of calligraphy. More than sixty calligraphers from four continents exhibited over four hundred works of art! We are especially proud that Katharina Pieper (Germany) who together with Jean Larcher (France) had presented Roman calligraphy, prepared a detailed report about the exhibition. Thanks a million!

We also thank all industrious members of the Society who covered interesting topics in their articles. Offering you a rich illustrated Christmas Story from our founding member Elisabeth Megnet we wish you a Merry Christmas, good holiday rest, and a peaceful new year.

International Exhibition of Calligraphy in Saint-Petersburg

In September 2008, St. Petersburg welcomed calligraphers from around the world. They were invited to participate in the International Exhibition of Calligraphy, the largest one among the same-theme shows ever. In terms of its size, organization, and number of visitors the exhibition exceeded all the shows, which had been organized earlier and became the event of the century in the world of calligraphy.

The International Exhibition of Calligraphy, the largest among the same-theme shows which have ever been held, took place from September 16-22, 2008, in St. Petersburg, the former residence of the Russian emperors. Participants from Russia, Belarus, Ukraine, China, Japan, Taiwan, Mongolia, India, Israel, Jordan, Armenia, Iran, Syria, Tatarstan, South America, Australia, USA, Turkey, Iceland, Finland, Norway, Belgium, Netherlands, Italy, France, and Germany were able to demonstrate their works of art to the general public. 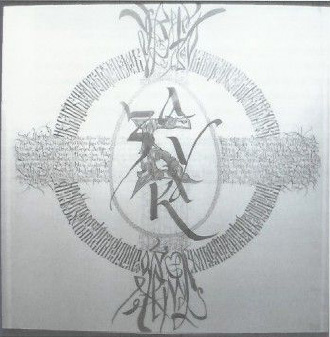 MVK, the International Exhibition Company from Moscow led by Alexey Shaburov together with the National Union of Calligraphers launched a huge exhibition project in the mezzanine of the Repin State Academic Institute of Painting, Sculpture, and Architecture of St. Petersburg located at the Neva embankment opposite the Hermitage, one of the largest art museums in the world. A fantastic exhibition performance was accompanied by the light effects, laser show, fog, and classic music, which brought the visitors into a mystical atmosphere. The two large halls of the Academic Institute decorated with Renaissance frescos and sculptures Russian and Latin writing styles and ancient Jewish, East-Asian and Indian script styles and also the Russian Uncial and Half-uncial Cyrillic Book-hand and the Russian Cyrillic Cursive Handwriting were exhibited on two opposite sides. The four hundred exhibits evidenced profound variability and historic significance of the international art of writing.

The exhibition introduced works of art by participants from the East and West, the North and South as well as a large exposition of writing utensils, books on calligraphy, and writing culture, calligraphic decoration of plates, ceramic tiles, metalwork, and book and miniature design. 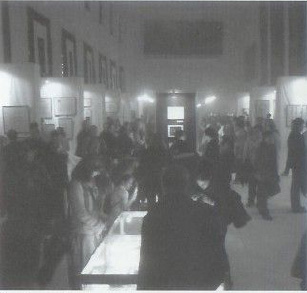 The exhibition programme was supplemented with a student exhibition and children’s contest of calligraphy. A special part of the show was dedicated to Russian historical documents of different ages demonstrating Byzantine and Orthodox texts and scriptures and a genuine letter of Catherine the Great.

The opening ceremony started with a magnificent concert. For instance, the Chamber Choir of the Smolny Cathedral of St. Petersburg performed some classical Russian compositions and finished performance with the National Anthem of the Russian Federation. The floor was given to Avraham-Hersh Borshevsky from Jerusalem, Professor Pyotr Chobitko (St. Petersburg, President of the National Union of Calligraphers), Professor Chen Wenfu (China), Professor Pavel Semchenko (Minsk), and Hans Maierhofer (Regensburg). 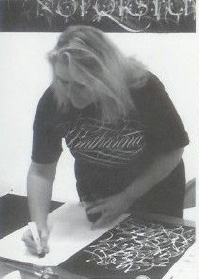 Dr Nassar Mansour from Amman (Jordan) gave a brilliant lecture on Arabic culture and the crafting of writing utensils.

Chen Forng Shean from Taiwan made a powerful presentation of Chinese calligraphic art and demonstrated sample micro-calligraphy on sculptures and miniature books. He is a miniaturist and owner of the museum of miniature painting. Achyut Palav from Mumbai told the audience about the important role calligraphy plays in India. On a 10 meter-long scroll he demonstrated the heights of expressivity. His colleague Manohar Desai gave a report on variety of Indian calligraphic styles. Professor Pavel Semchenko from Minsk (Belarus), famous in his motherland and abroad, introduced the artwork executed on a 10 meter-long scroll to mark his 70th anniversary. Izzy Pludwinski from Jerusalem who took part in work on the famous St. John’s Bible explained the spiritual aspects of his calligraphy in ancient Hebrew language.

Jean Larcher together with Katharina Pieper gave a “four hands” performance of Roman calligraphic writing on a specially prepared “leporello” (a harmonica-like album) using a plethora of various writing utensils. Among the two hundred visitors, were the exhibition and congress participants and a lot of students and professors of art colleges. All in all about twenty calligraphers, professors, and experts from across the world had been demonstrating their art from morning till afternoon, within the working hours of the exhibition. 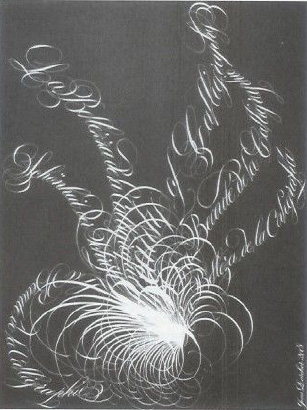 Professor of psychology Henry S.R. Kao from Hong Kong explained his Calli Health association which is aimed at therapeutic healing via calligraphy.

He had proved a lot of people were cured with the help of calligraphy (from intractable children to prisoners) in China and Korea. The public learnt much about different styles of calligraphy and methods of presentation. Within three days Andrea and Volker Wunderlich from Goldkronach had managed to make a large panel at the end of one of the exhibition halls, a true magnet for the public!

The stay in St. Petersburg was supplemented with multi-language excursions for participants, which included visiting the most important cultural sights of the city. A special black tourist bus with a Cyrillic Calligraphy inscription on it ran from the hotel to the Academy of Arts and back again. Some cars were decorated with the International Exhibition of Calligraphy inscription written in calligraphic Cyrillic. The banners were all over the city. Ten TV and radio channels had mentioned the show and were taking interviews all day long.

Among the visitors of the calligraphic exhibition were mainly young people, schoolchildren, students, and visitors of all social classes. Every work of art was equipped with a magnifying glass so that the visitors could study tiny details of calligraphy. Within six exhibition days, the show was visited by twenty thousand people. Some visitors had to cover long distances to be present at this unforgettable cultural event of Russia. For instance, it took exhibitor Ganzorig Alexander six days by train to get to Moscow from Ulan-Bator. 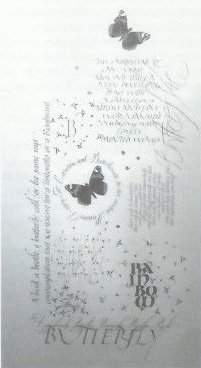 It was so exciting to take part in the largest (apart from some Eastern and Asian countries) exhibition of calligraphy ever!

The majority of calligraphic masterpieces are now residing at the Contemporary Museum of Calligraphy in Moscow. At the end of the year, from December 9-14th, they will be demonstrated at Sokolniki Exhibition and Culture Centre during the Mystery of the World’s Calligraphy Exhibition.

Unfortunately, the search for sound calligraphers from England and America has failed. We hope, such artists will join the project in future and move it to a new level. The catalogue will be published at the end of October.