“The Holy Scripture in Calligraphy”

Results of the first stage of the Holy Scripture in Сalligraphy contest have been drawn. The final stage of the contest will be held on October 15, 2009 within the framework of the professional programme of the 2nd International Exhibition of Calligraphy open now in Moscow. The Exhibition is held under the auspices of the Commission of the Russian Federation for UNESCO and with the support of Ministry of Culture of the Russian Federation (October 14 – November 14, 2009). The Holy Scripture in Calligraphy contest has attracted the attention of the Moscow Patriarchate of the Russian Orthodox Church. President of the National Union of Calligraphers, calligraphy artist Pyotr Chobitko believes that “despite the tight schedule we can say that the first stage f the contest was a success.” The number of works submitted from various Russian regions and from abroad proves that the subject of the contest is very interesting for both renowned calligraphy artists and beginners.
The works also show that participants are well familiar not only with the Bible itself but also with the writing traditions known in contemporary calligraphy. 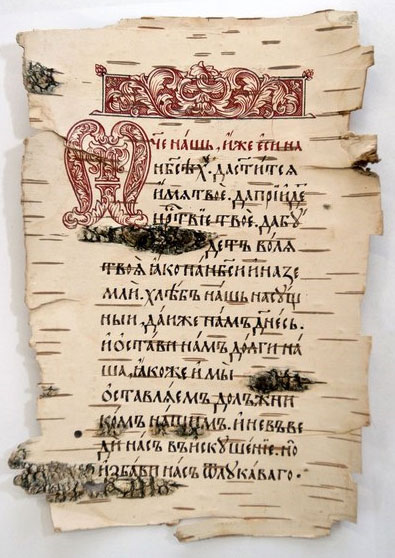 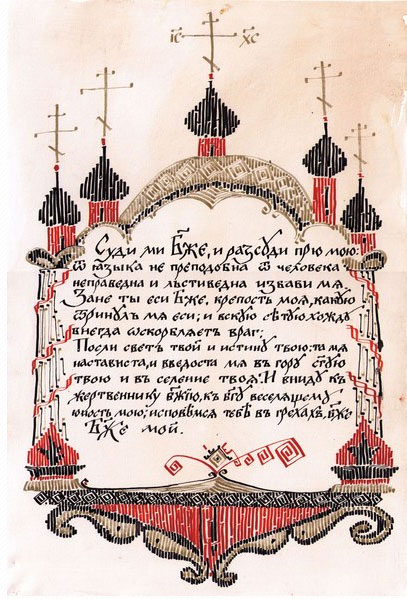 23 works have been selected for the final stage. They are all made in different styles and on different media, from paper to… birch bark.

These works present a whole range of writing types, or recensions, of the Cyrillic calligraphy: from the strict and elevated ornamental script to the light cursive writing, applied in the traditional manner or with a modern touch. The contest helped show that our Cyrillic letters, though ancient, bear a great emotional potential.  They are our cultural asset, and deserve close attention, and not only from calligraphers.

We are sure that this first, but not the last, contest will bring many interesting artworks and discoveries to calligraphy fans and enthusiasts.

All the works selected for the final stage are published at the website of the Exhibition.

The National Union of Calligraphers