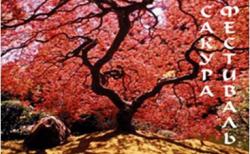 Japanese people celebrate Hanami, the Japanese traditional custom of enjoying the transient beauty of sakura cherry blossoms, in April with the first warm days. Muscovites and guests of the capital will have a chance to know old Japanese traditions very soon in Sokolniki Park. The first Festival of Japanese Culture Sakura will last no more than a week, just like the Japanese cherry blossoming, from April 14th to 19th. Everyone can enjoy the versatility of the Land of the Rising Sun national cultural heritage.

The project's organizers are the Contemporary Museum of Calligraphy and the National Union of Calligraphers. According to their plan, the festival in Moscow will gather all the art forms of Japan on one pad, which were established and developed in the capital thanks to the efforts Russian fans of the Japanese nation culture made.

As a part of the festival’s vast program the guests will be able to visit the exhibition of Japanese calligraphy, the exhibition of painting and applied items; discover the national art forms, Japanese cuisine, the tea ceremony; learn about the country and the traditions of Japanese ethnicity in lectures and workshops. The performances of bands, master classes, a retrospective show of films about Japan and other interesting events were also announced.

Source: the Ministry of Culture of the Russian Federation