Deep in Sokolniki Park, far from noisy merry-go-rounds and loud music there was recently opened the first in Russia Contemporary Museum of Calligraphy. 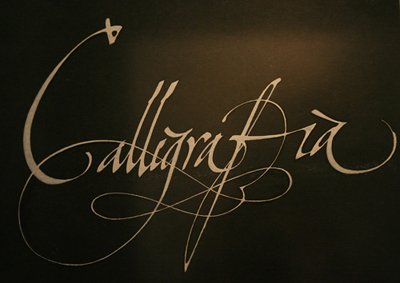 Similar museums have been long working in Turkey, China, Japan and United Arab Emirates. It is by a very strange chance that Russia didn’t have any calligraphy museum. The first Russian calligraphy museum was initiated by MVK International Exhibition Company and the National Union of Calligraphers headed by a member of the Russian Union of artists Petr Chobitko. Thanks to these people Moscow now can boast it has a nice opportunity to study and enjoy the masterpieces written by famous artists.

This project pursues a serious aim: to revive the lost in Russia art of calligraphy, make it widely accessible and create favorable circumstances for its development. If to speak on a larger scale the museum founders seek to shape a healthy and beautiful society. Any calligrapher can tell you how to achieve this goal. 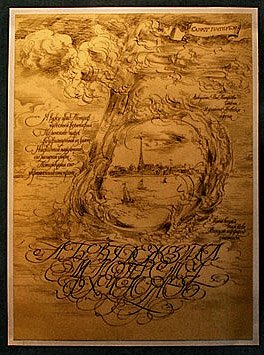 “When masses start to go for calligraphy this will “enlighten” them. People will certainly wish to self-actualize, they’ll need to know history. Ancient texts and acts of laws are to enrich people’s knowledge in history. Calligraphy is the best guarantee of a bright future as the young generation being busy with a noble job won’t have time for bad things. The people will hear, feel and understand each other because today it is almost impossible”, - thinks Avraham-Hersh Borshevsky, a calligrapher, expert on sacred texts of Judaism. 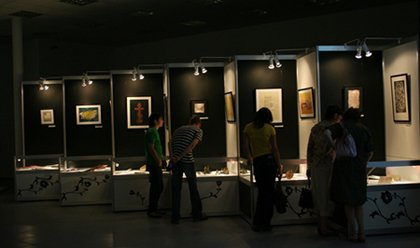 Even on week-days there are lots of visitors at the museum. The unique exhibits are kept in a big, cool and dark hall. No harsh or direct light. Every work is so lighted that a visitor can see each line and stroke of the masterpiece. The exposition includes 80 works presented by Europe, Baltic states, USA, Israel, China, Japan, Syria, Mongolia, UAE, Turkey, Australia, India, Taiwan, Palestine, Jordan and Brazil. Also there many interesting samples of Slavonic writing, calligraphy books and the rarest editions one-of-a-kind. And of course, in the museum one can find amazing writing tools with charming names: turkey, goose and eagle feathers, bamboo, reed and plastic bottle stylus, sharpened birch writing sticks, ancient desk organizers and penwipers, cupronickel inkpots and paper-weights. Old and contemporary exhibits and smoothly combined in one great exposition. 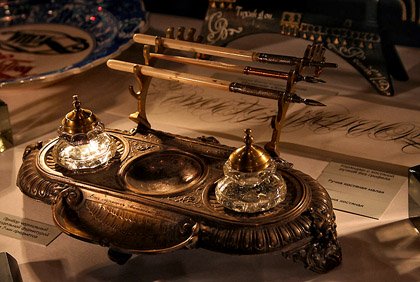 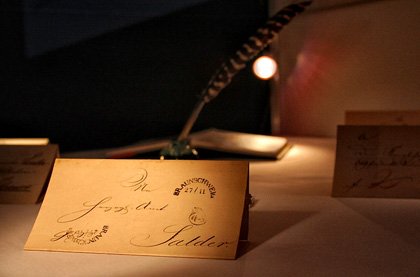 The museum presents the rare written manuscripts one-of-a-kind, and also Russian and foreign calligraphy books. Many exhibits were kindly given to the museum and it is highly expected that in the autumn the museum exposition will be added by a real pearl – the written constitution of the Russian Federation that is being prepared by a team of seven artists.

The museum hall is full of a smooth classical music, to add a laser ray dancing on the works – all this creates a fairy-tale atmosphere. This atmosphere makes you slowly pass from one work to another: from psalms by David to modern aphorisms. And here in the house of writing art you suddenly understand the words said by a famous Russian calligrapher Leonid Pronenko: “A written word is a vessel filled with a meaning. The purer the meaning, the deeper feelings it touches”. 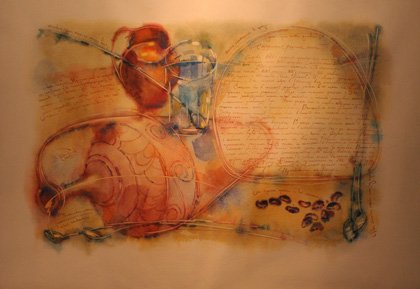 The beauty and grandeur of calligraphy can not but touch a spectator, whoever he is. Rich in meaning and abstract in composition calligraphy has not barriers. One shouldn’t even know a foreign language to understand the author’s idea.

As it is said by a Persian writer Kadi Achmad who lived in the 16 century “If anyone, no matter if he can read or not, sees beautiful letters, he enjoys the mere shape”. I wish you visit this amazing museum and touch the mysterious world of a written word. 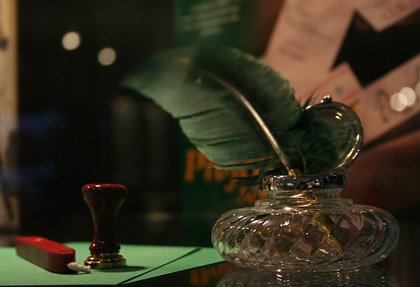