Official opening ceremony of the National School of Calligraphy

The ceremony dedicated to the results of the III International Exhibition of Calligraphy in Veliky Novgorod and the opening of the National School of Calligraphy has taken place at Contemporary Museum of Calligraphy.

A one-day exhibition of birch-bark manuscripts and the Four Gospels from the Novgorod State United Museum-Reserve was held.

Alexey Shaburov, Director of the Contemporary Museum of Calligraphy held one more effective presentation. The guests were following the history of the exhibition in Veliky Novgorod. Video materials were shown with some new exhibits now available at the museum.

A master-class with Yuri Koverdyayev, the school curator has been carried out for guests and medias after the presentation.

On November 18 at 02.00 pm the school will be officially opened. Yuri Koverdyayev will hold master-classes for school students. Enrolment into the schhol will also take place. 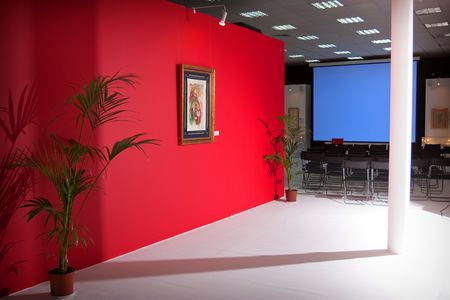 A few moments before the first guest 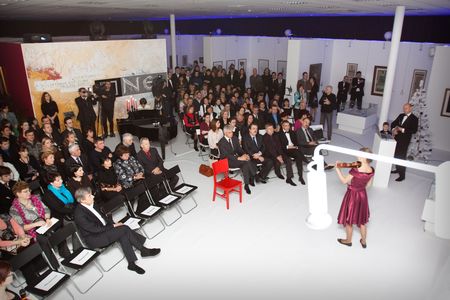 Not enough room to swing a cat – it’s show-time 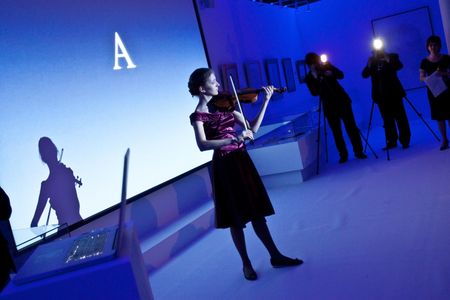 Grand opening with the help of Aleksandra Radionova 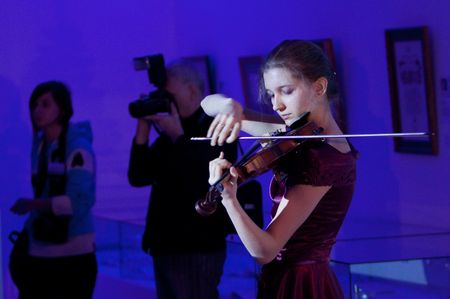 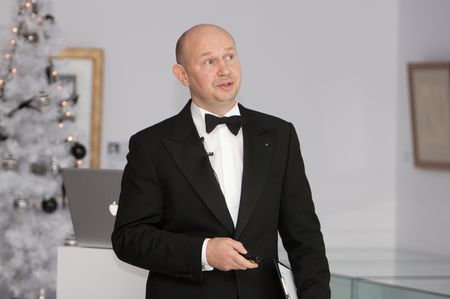 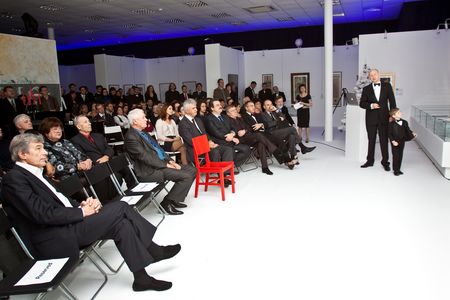 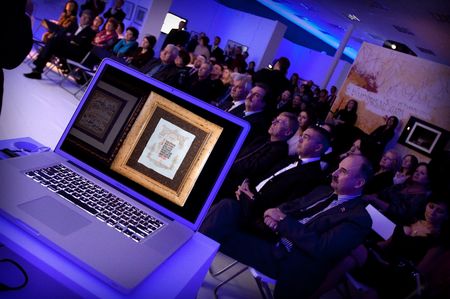 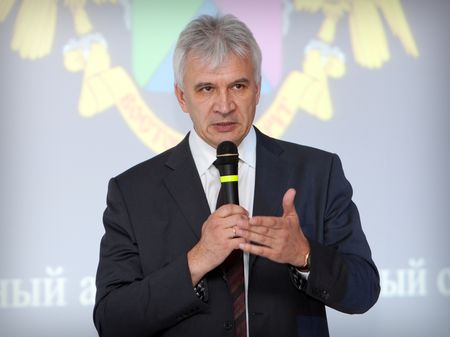 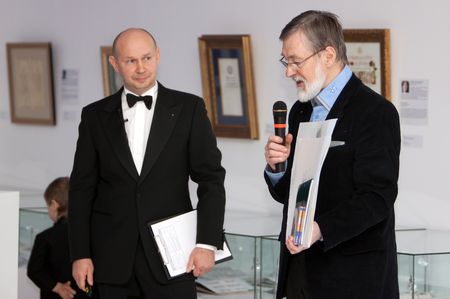 Pyotr Chobitko presented a unique exhibit to the museum,
but that is another story 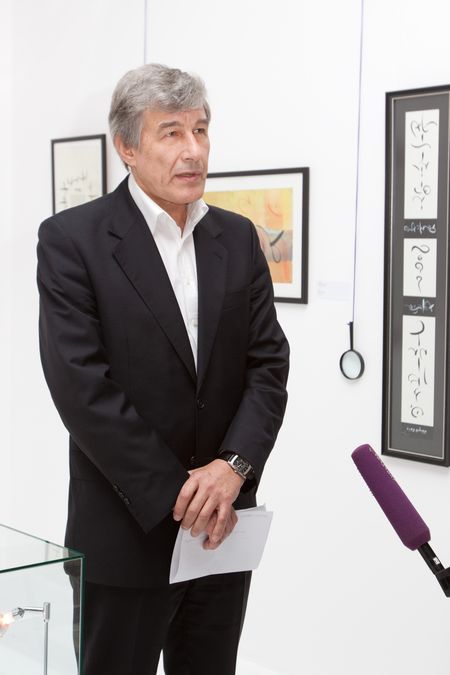 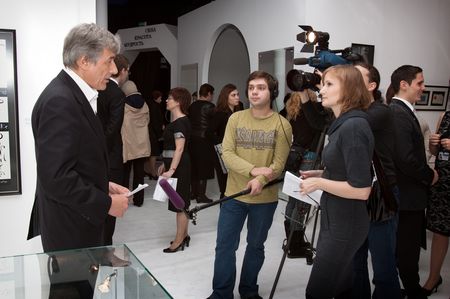 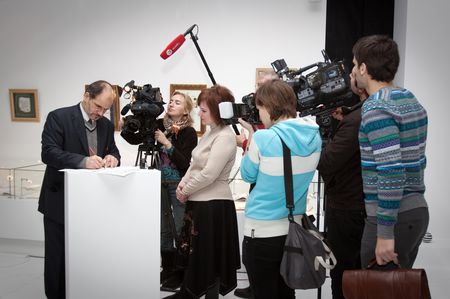 Yuri Koverdyayev, Curator of the school was the most popular person for TV-channels 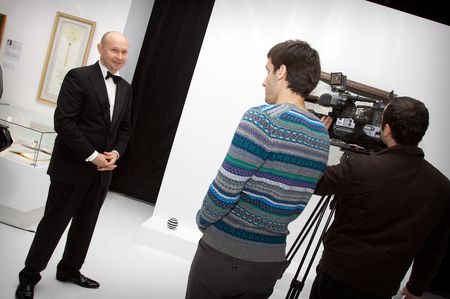 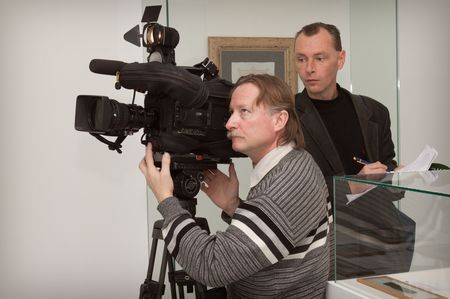 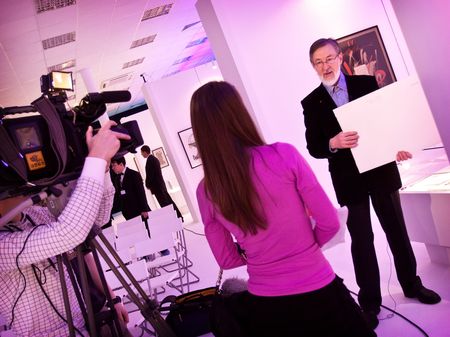 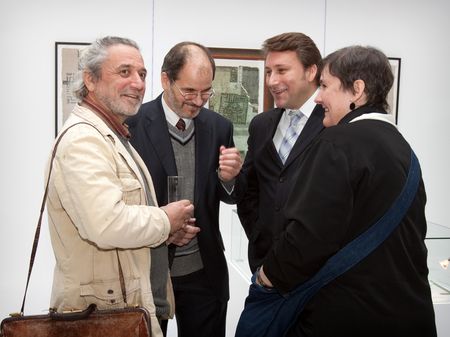 Calligraphers are always happy to meet at the museum 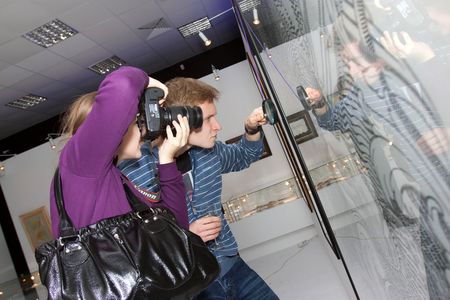 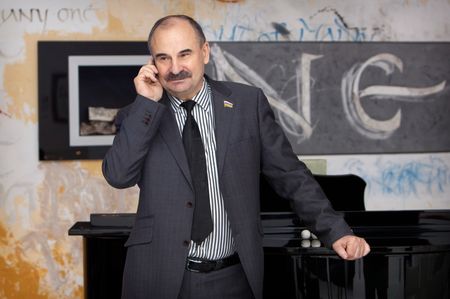 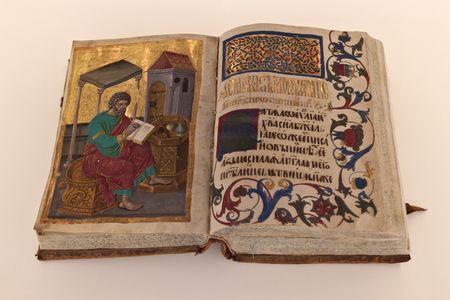 The Four Gospels, 1575. The Unique exhibit from the State Novgorod United Museum-Reserve 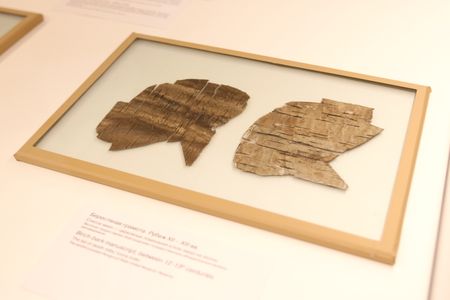 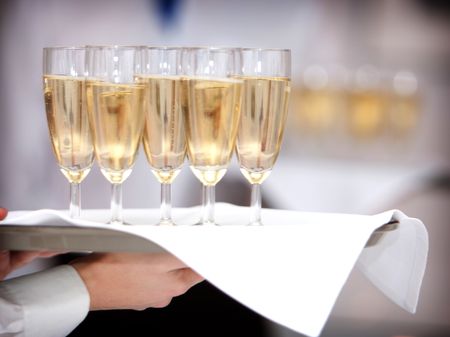 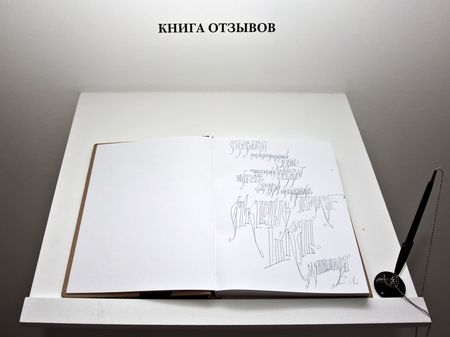