Brushpen technique today is one of the skills of choice for calligraphers, designers, artists and other people of art who fancy calligraphy. Book illustrators widely employed writing with brushes, the integral feature of both painter and designer, as early as in the beginning of the 20th century. Graphic designers, who followed, inherited the practice, making brushes an important tool of visual activism.

These days, thanks to the technological innovation, we have both natural brushes and its synthetic counterparts that help enhance the art of writing to the level where WHAT takes a higher rank than HOW. But if you're after not only fine but also a sensibly elaborated piece, you need to know the basics of letter forming, understand the rules of design and colours.

Brushpen technique is actively employed in lettering, logo and slogan development, illustrations for books and magazines, interior and fashion design, and even in engraving! From leather embossment and through to fabric printing (from bags to curtains), using brush writing is only limited by the artist's imagination as modern technology is able to fulfil effectively any desire. Processing your text with a computer will also get a massive boost if you have a masterful command of brush writing. This course is designed to make your capabilities truly borderless. It aims at a beginner level, but diligent performance and homework practice will let you master many principal aspects of letter, phrase and text forming, rules of design and format, types of brushes and markers.

Making your own calligraphy piece as a final step of the course will open an exciting and captivating path to the world of calligraphy and lettering! 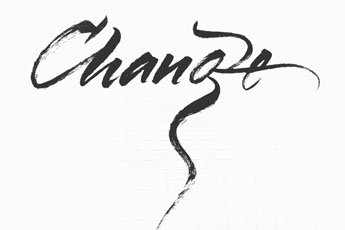 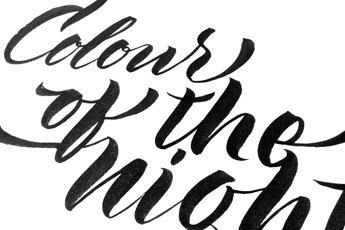