Saturday, October 14, kicked off two children courses in the National School of Calligraphy located in the Contemporary Museum of Calligraphy – Italic Based Penmanship for elementary school students and the Ancient Russian Writing for senior attendees.

The majority of young students and their parents were captivated by the introduction to their first instance of calligraphy art given by Ekaterina Orfanova and Artem Lebedev. All newly minted students were provided with the Young Calligrapher Pack, tool kits and copybooks for the classes, while Ekaterina Orfanova, teacher of the younger group uncorked a nice surprise – glowing stickers for pen cases, which proved a success among the kids.

During the break Ekaterina gave a short tour around the museum’s exhibit, which students’ parents were happy to join too.

Senior group demonstrated no less sincere interest to the new subject, browsing through the copybooks developed by Artem Lebedev specifically for this course, so eager to settle down to practicing.

Both classes were held in festive and inspirational environment, and we hope the new students will keep the same disposition until the very end of the course and remain diligent and creative to delight both trainers and parents.

Please be reminded the courses for adults – Basic, Pointed Pen, Spencerian, Brushpen, Lettering and Introduction to Oriental Calligraphy – are now taking applications. For details and prices please see the Calligraphy School section on the website. 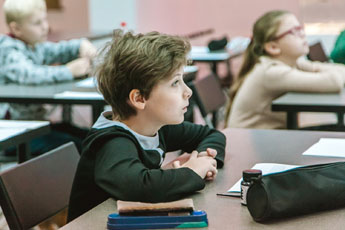 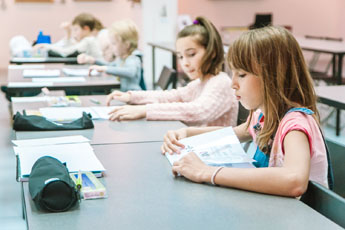 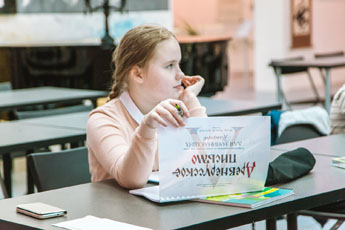 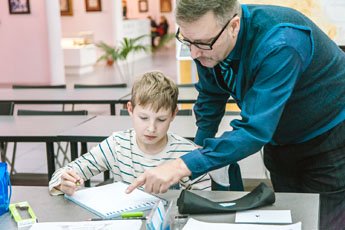