October 15-16, 2011. Workshops for adults and children on the occasion of opening a new season at the museum

On October 15-16, the Contemporary museum of calligraphy was officially opened after the summer holidays. In honor of the event, the museum management organized some workshops on European calligraphy with the participation of the National Union of Calligraphers and the International Exhibition of Calligraphy project.

On Saturday Nina Kozubova, calligrapher and teacher, conducted an interactive master-class entitled «The Art of Calligraphy for Children». Nina managed to work individually with each participant giving rise to great excitement among the youngest museum visitors and their parents.

On Sunday, Yevgeny Drobyazin and Artyom Lebedev appeared before the audience. Mr. Drobyazin devoted most of the time to theory. In his lecture he noted that beautiful hand writing is not in itself calligraphy. On the contrary, Artyom Lebedev immediately began with practice, demonstrating his skill in greeting card design. Naturally, all the journalists were flocking around Yuri Koverdyaev, the curator of the National School of Calligraphy Yury Koverdyaev, who managed to give some exclusive interviews for the four TV-channels. 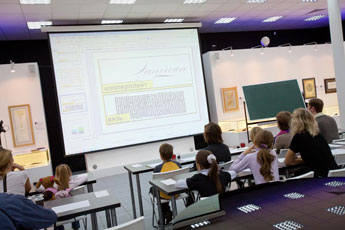 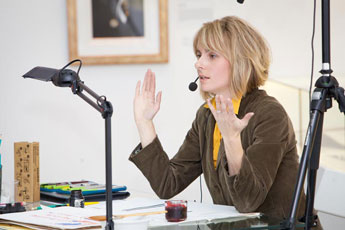 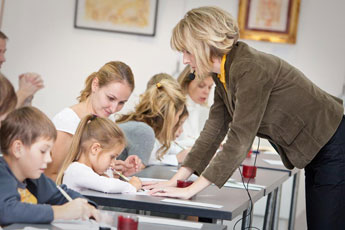 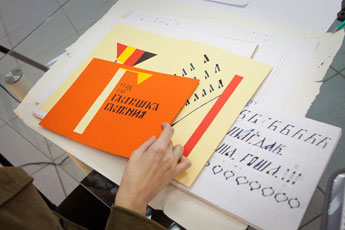 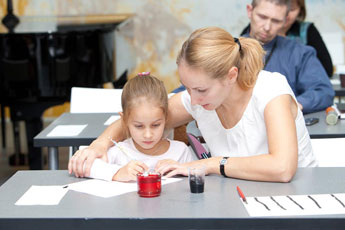 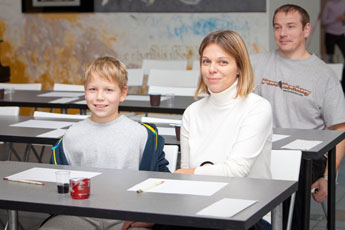 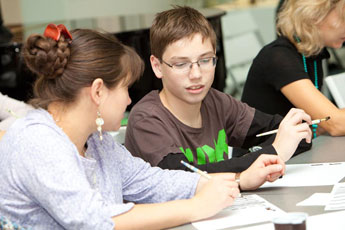 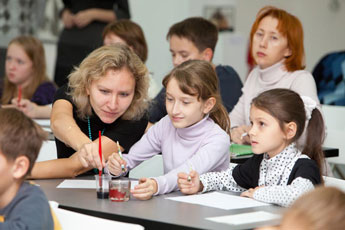 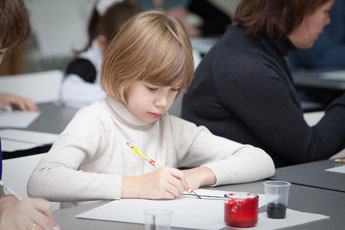 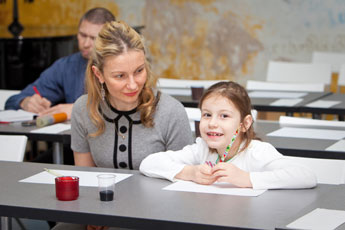 Both children and parents took the pens with great interest 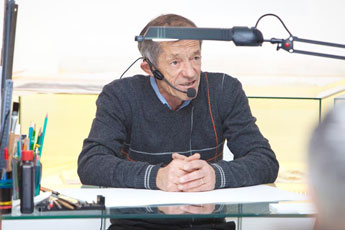 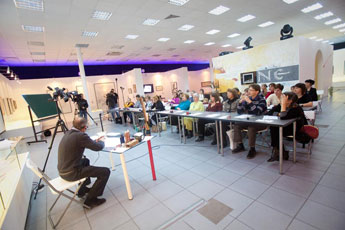 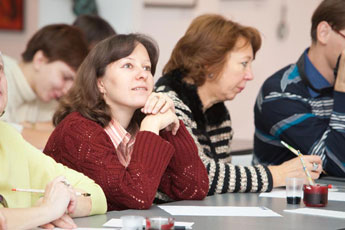 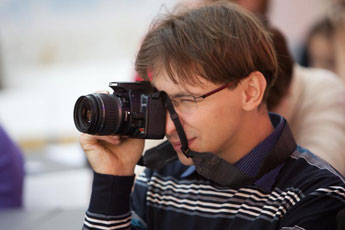 "What is Calligraphy?" A lecture with Yevgeny Drobyazin 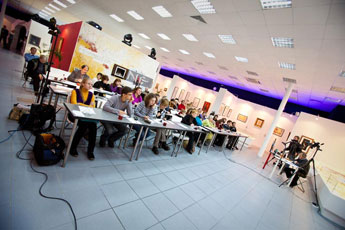 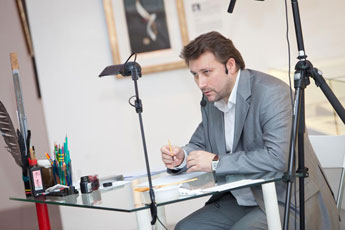 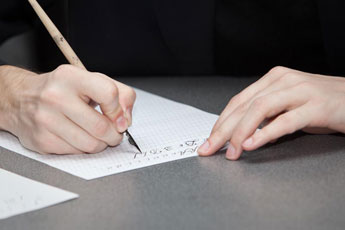 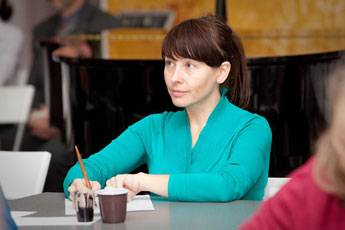 Artyom Lebedev taught to write with a crow-quill pen 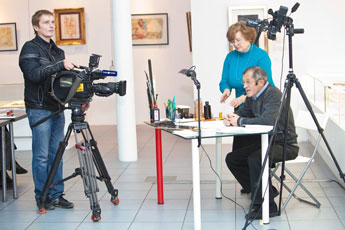 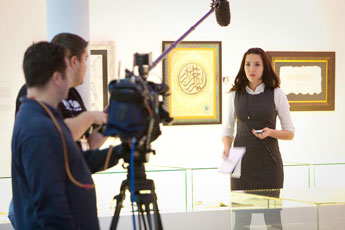 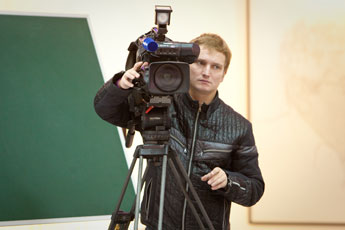 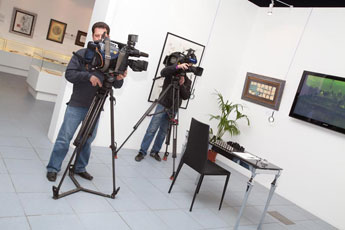