On the Russian Students' Day, January 25, the museum held an introductory workshop led by calligrapher, designer and artist Artem Lebedev.

The member of the National Union of Calligraphers of Russia spoke of his career and successes of his students, graduates of the National Calligraphy School (which is a part of the museum), and also shared some insights into various calligraphy styles: fine Copperplate and Italic, formal Gothic, ornate decorative Lettering, Baroque Antiqua, Old Russian and Roman Capital, and classic Basic script developed by calligraphy artist Edward Johnston in early 20th century. Artem also demonstrated writing with various pens, including a real goose quill. The workshop participants breathlessly observed his hand creating monograms, letters and its elements one after another, resulting in words and designer compositions. Surrounded by calligraphy masterpieces, the environment resembled a fairy tale.

According to Artem, a certain scientism is inherent to calligraphy, where an air gap has to be kept between the paper and the pen to enable the pen point lightly and smoothly skim the paper. This is the reason why calligraphy is so beneficial for us, including changes in personality traits, and helps obtain an inner balance, improve stress resistance and learn ways for artistic self-impression.

The workshop followed by a tour, where each guest felt inspired and unwilling to leave the friendly environment, hoping to visit the space once again.

The Contemporary Museum of Calligraphy welcomes you to enroll to the practice courses. More information. 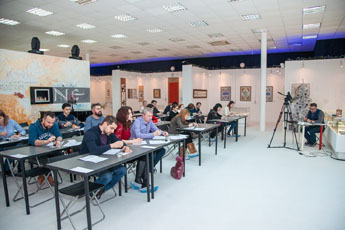 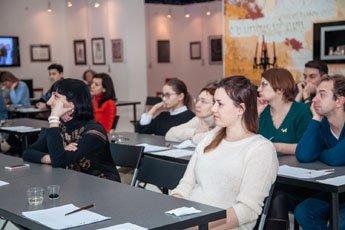 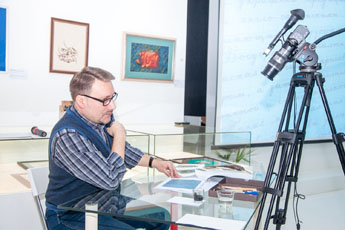 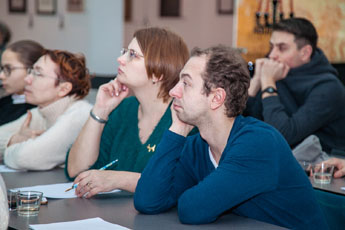 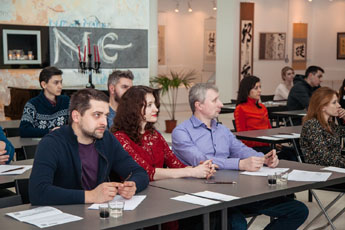 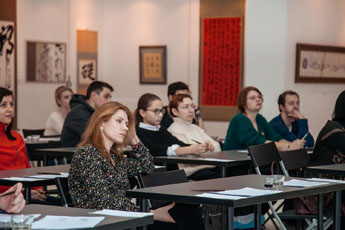 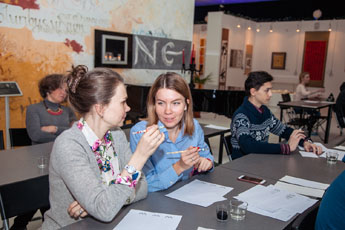 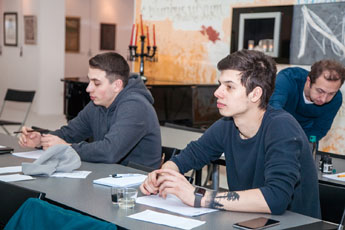 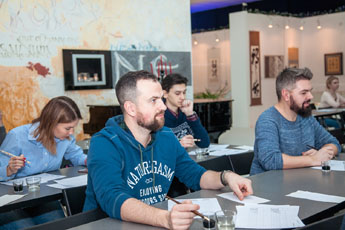 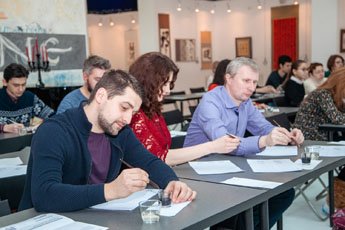