The Day of Japanese Writing was held at the Contemporary Museum of Calligraphy under the title: “12 Centuries of Japanese Calligraphy: from the 8th to the 21st Century”. Hirose Shoko and Sashida Takefusa, both well-known calligraphers belonging to the Shodo school, impressed the audience of over 60 fans of this ancient art with their craft, considered to be the most refined and popular one in the Land of the Rising Sun. 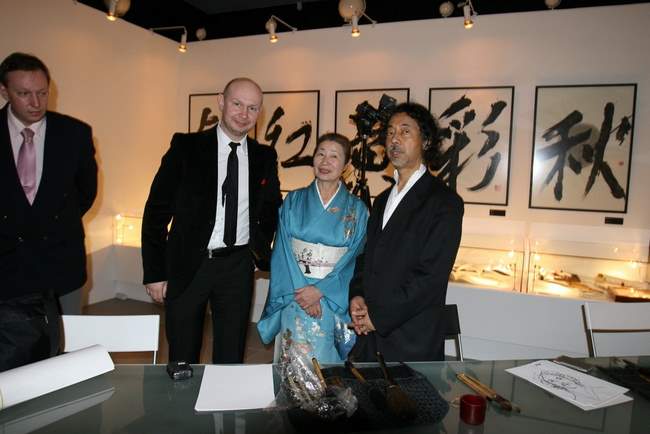 For over 12 hundred years, the world has marveled at calligraphic masterpieces of Japanese sensei which have infused symbols with philosophical messages, let alone exquisite artistic value. Every line represents a concept; every stroke of the brush begets beauty. Hirose Shoko and Sashida Takefusa enraptured the audience with their energy, applying all their skill and passion, following the National School of Calligraphy’s traditional approach. It stands to reason that the calligraphy masters’ movements can be compared to dancing. 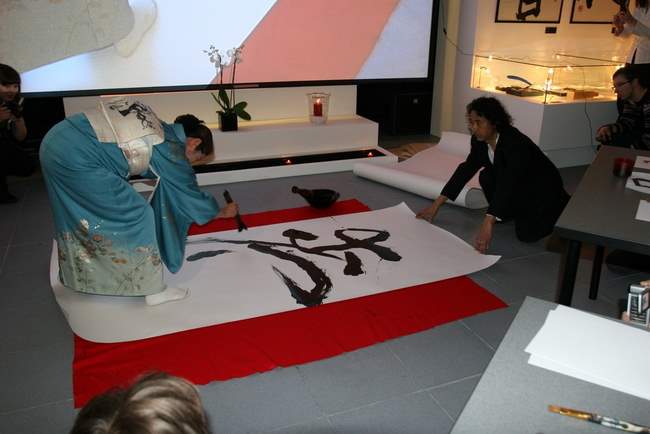 This formula was also substantiated by Mr. Chen Wen-Fu, an ancient Chinese calligraphy masters’ dynasty descendant, and a member of the Chinese scientific association of paired signs. He visited his colleagues’ masterclass and concluded that Japanese and Chinese calligraphy have significant distinctive features, meaning not only hieroglyph and brush size and paper thickness, but also a unique emotional purport and theatrical aspect, reflecting some features of Japanese national character. Mr.Chen also said he learned a lot from that class. 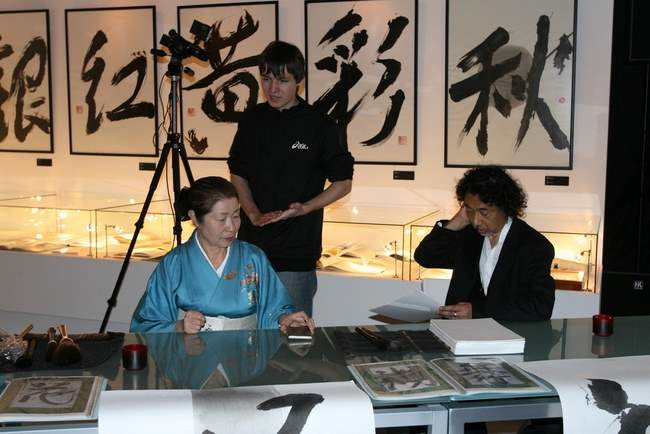 The visitors had an opportunity not only to witness the moulding of new masterpieces, but also to try their hand at creating their own hieroglyph under the masters’ professional guidance. Most successful amateur works, though not many, were certified by Hirose-san’s personal stamp. Japanese masters are very exacting and give their approval only to true merit. 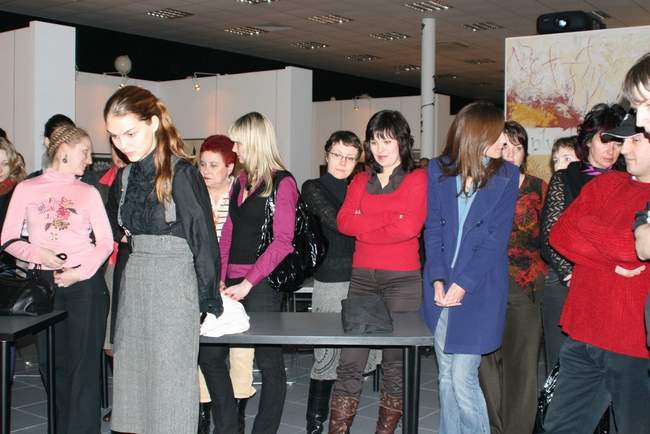 After a three-hour calligraphy performance the audience was still reluctant to leave, elated by such an impressive art-soiree. The artists were elated by the spectators’ keen eyes, the spectators – by a common positive mood, the journalists – by rich material for their news reviews,and fellow-calligraphers – by the shared creative experience.

By the way, the collection of the Contemporary Museum of Calligraphy was enriched with a few exclusive pieces of art.