December, 13, 14, 2008. “Classical and Contemporary Calligraphy”. “Easel and Applied Calligraphy”. Master classes by Georgy Kozubov, Member of the Union of Artists of Russia.

Today the art of beautiful handwriting, born many centuries ago, has been given a second birth. It has acquired many a new, and at times an unexpected, application sphere. Georgy Kozubov tried to fit the fullest account of what the possible offspring of the classical and the modern might be into the limited span of the class.

No doubt, his master-class will remain in the memory of visitors as one of the most informative events within the framework of the International Exhibition of Calligraphy.

The master spoke about the easel and applied calligraphy as well.

Applied calligraphy can be found, for example, in different types of embroidery, calligraphy engravings or household appliances. The easel calligraphy is, as Mr. Kozubov says, an independent style of art. The easel art, in general, is defined as “a graphic (calligraphy) creation, which is self-consistent and free from any pragmatic use, and not included in the ensemble as its consistent and integral part”. The easel art works should be viewed separately from the environment; their meaning does not change with it.

No wonder that this master-class attracted so many different people, both connoisseurs of art and ordinary passers-by. Mr.Kozubov illustrated his fascinating narration by demonstrating the calligraphic inscriptions creation process as well as displaying some unparalleled finished chefs-d’oeuvre.

His wife Nina Kozubova, being a skillful calligrapher and teacher herself, took active participation in these master classes. 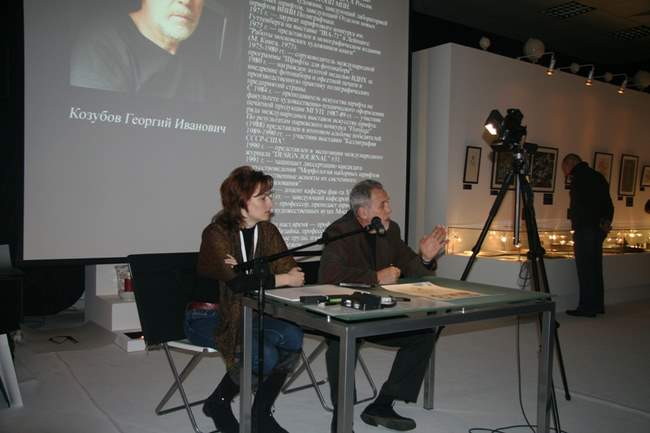 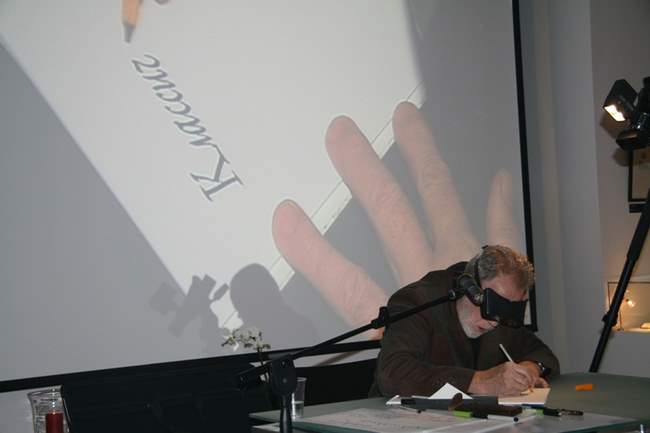 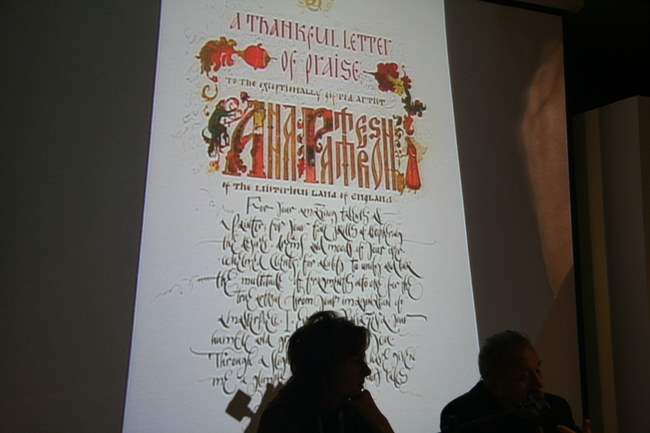