On April 10 the Contemporary Museum of Calligraphy hosted workshops by Japanese calligraphy masters Takefusa Sashida, Shoko Hirose and Sauri Ishimaru. The improvised stage was decorated with painted sheets of grey cloth, outlining the calligraphers’ bright national clothes. Sauri Ishimaru’s tender hands arranged irises and white chrysanthemums into a subtle composition. Attendees could see the while process of ikebana creation from the preparation of the flowers to the final strokes. Meanwhile master Takefusa spoke about the compulsory rule of asymmetry in the art of ikebana.

After that, the sculptor and calligrapher Takefusa Sashida offered the audience to try their hand at a new technique of hieroglyph painting. The attendees who had turned into students took the brushes and tried to follow the master’s instructions. Having covered the paper sheets with their attempts at ancient Japanese writing, the newbie-calligraphers awaited the master’s appraisal. Shoko Hirose marked successful attempts with red ink. The audience was enchanted with the special energy field of the Kanji writing.

The event was culminated by the performance by Takefusa Sashida and Shoko Hirose. Taking turns, they approached a red cloth, concentrated on an idea, and transmitted the spirit of each hieroglyphic symbol to the cloth with expressive brush strokes followed by sharp outcries. The audience, entranced, watched the performance and greeted the masters’ work with applause.

The workshop was over, but attendees lingered, exchanging their emotions and asking the Japanese masters about the meaning of the mysterious Kanji symbols. 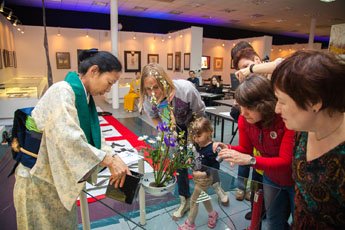 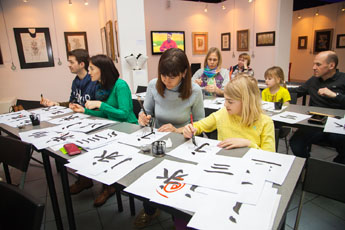 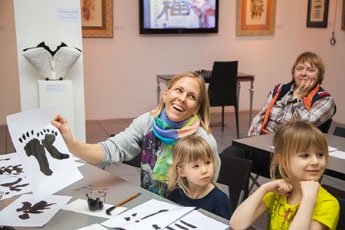 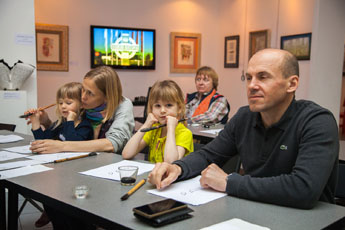 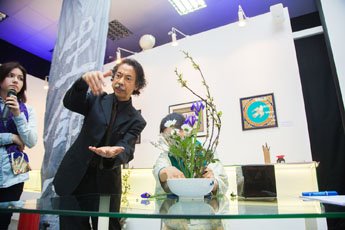 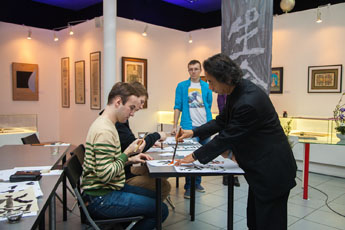 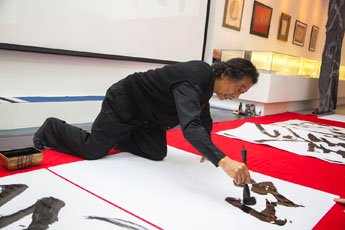 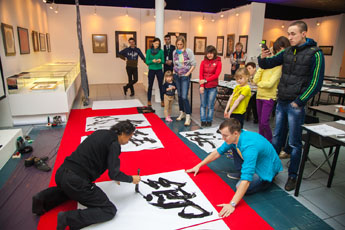 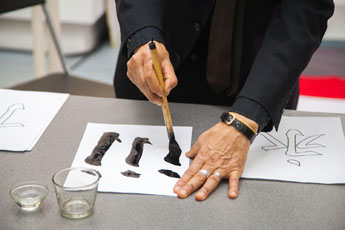 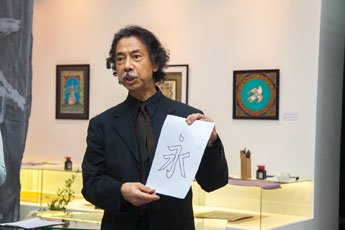 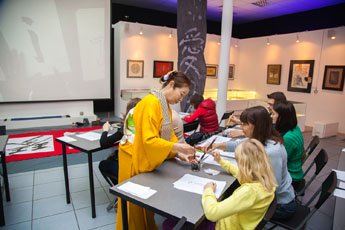 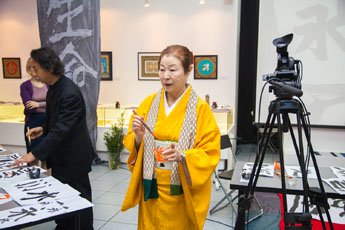 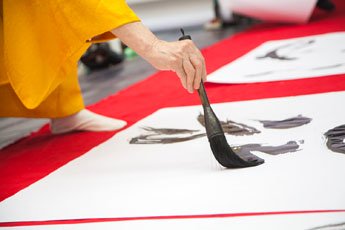 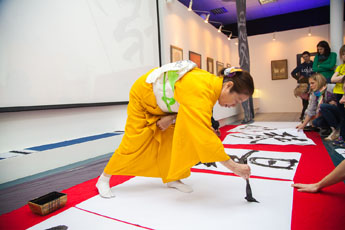 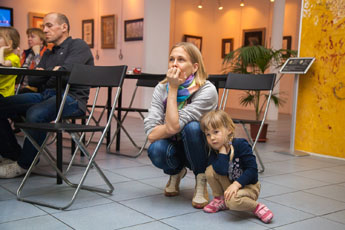 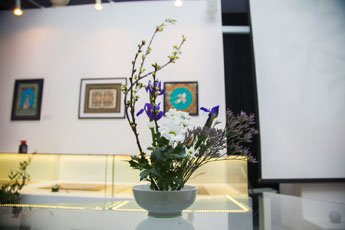 The mysterious world of Japanese calligraphy